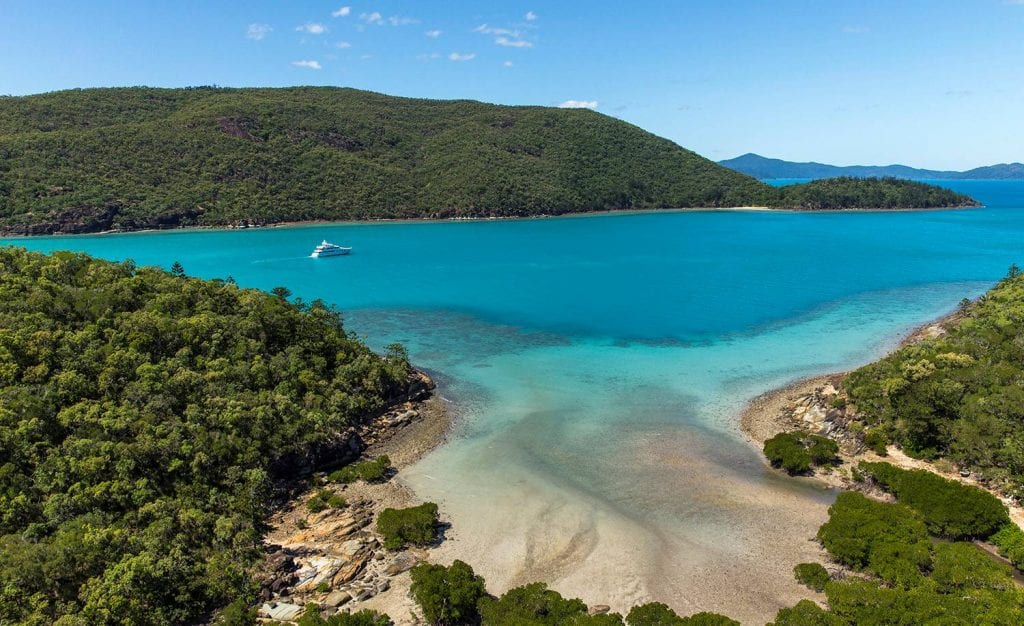 There is also great optimism in the future of Australian yacht ownership and building.

‘Girt’ is a word not often used. You don’t see it written a great deal nor spoken in polite conversation. Yet it is a word used daily in Australia. In fact, it is sung – our home is girt by sea – as it is a beloved line of our national anthem. This line sums up so much about Australia and the profound effect our geography has had on our pastimes, our industries and collective psyche. It also goes a long way to explain Australia’s quiet but important and growing role in the global superyacht market.

Australia’s coastline is over 35,000 kilometres and if you include the coastlines of its outlying islands it creeps closer to 60,000 kilometres. This coastline encloses 7.692 million square kilometres of land and a population of 24.5 million of which 83% lives on the coast. Aside from a significant amount of the red centre being uninhabitable, we love the ocean and gravitate to it. And it is not hard to see why – the Great Barrier Reef, The Kimberley, the Hawkesbury River, the Whitsunday islands, the Freycinet Peninsula and Ningaloo Reef to name a few.

We love the water so much that according to Roy Morgan research, 2.6 million Australians live in a household which has a vessel of some sort. This has grown by half a million in the four years between 2012 and 2016. Interestingly, during the same period Australia’s economy enjoyed uninterrupted growth. In fact, it has been growing since 1991.
With economic growth comes growth in personal wealth and Credit Suisse found in its 2016 Wealth Report that Australia was second to Switzerland in wealth per capital. In the millionaire ranks, we punch well above our weight with 3.5% of the world high net worth individuals (assets over USD$1 million) yet only 0.33% of the world’s population. Quietly, this growth is having an impact on the yachting market.

Some of the world’s largest and most iconic yachts are owned by Australians – M/Y Artic P, M/Y Ilona, S/Y Veritgo (although her Australian ownership is rumoured rather than confirmed), M/Y Cloud 9, M/Y Slipstream and M/Y Keri Lee III are some of the largest. The latest to join the Australian fleet is 73-metre M/Y Hasna which was launched by Feadship in July 2017.

The consensus is Australian owners are passionate about boating and have significant personal experience on the water before they enter yacht ownership. They are currently buying foreign not local and most yachts over 50 metres are kept offshore although the trend is turning. More and more yachts are staying closer to home and entering the growing charter market. There is also great optimism in the future of Australian yacht ownership and building. 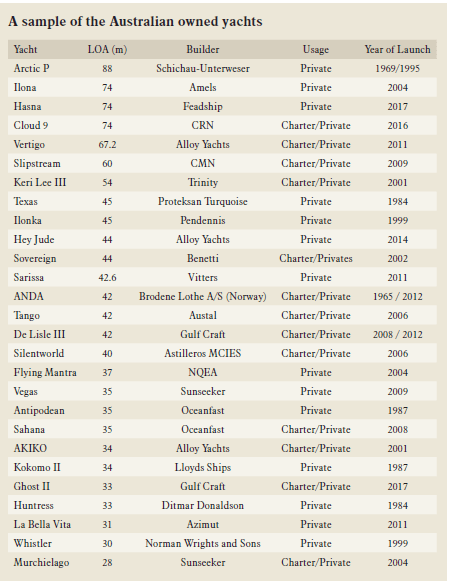