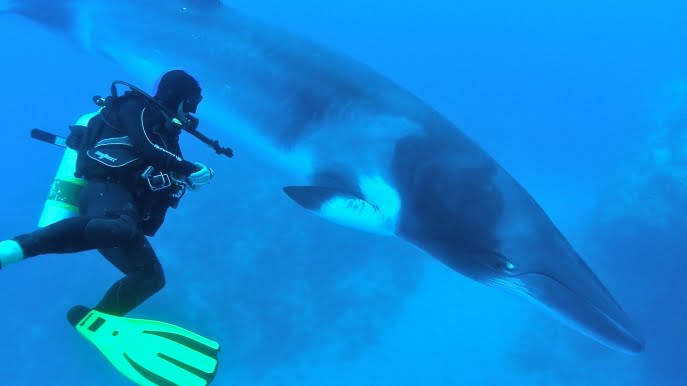 Swimming with dwarf minke whales is a fiercely guarded privilege.

There’s only one spot on the planet where you can swim with dwarf minke whales – and only a few lucky people get the chance to do so each year. These six-tonne (6.6-ton) creatures are renowed for their fascination with humans – they’re so curious they have been known to spend hours swimming back and forth around divers, making eye contact and even bringing their calves for a look. However, they only congregate on the Great Barrier Reef for a brief period each winter, and it’s happening right now.

They might be called “dwarf” minke whales, but there’s nothing small about these creatures. With personalities to match their large size – they grow up to eight metres (26 feet) long – these whales are not only comfortable around humans, but are known to follow boats and approach snorkellers, often sticking around for hours at a time. So it’s surprising they were only officially discovered three decades ago. Until then, rumours had circulated of unusual-looking whales approaching fishing boats along the Great Barrier Reef, and even swimming with divers, displaying remarkable curiosity – but no one could be quite sure what they were.

Then, in August 1981, local Rob Prettejohn was approached by one of these creatures while diving here. He knew right away that it was a special moment. “It is astonishing that my eye-to-eye encounter was the first recorded between our species and theirs,” says Rob, who memorised as many details as he could of the whale’s unusual markings – which include black flippers with white tips – and sketched them almost as soon as he left the water. “Today, I need only close my eyes to relive the moment.” After taking his sketch to various scientists, his whale was dubbed the “dwarf minke whale” in 1985.

Today, a small number of very lucky visitors can swim with these whales in their natural habitat. Since the whales are so curious that they will approach boats completely of their own accord, simply hop into the water in areas where the whales are known to congregate and wait.

Swimming with dwarf minke whales is a fiercely guarded privilege – only a handful of operators are licensed to offer the experience. Whether you take a daytrip from the town of Port Douglas or join a multi-day liveaboard expedition from the region’s main city, Cairns, your interaction doesn’t start until the whales decide to approach.

Once your boat is in the right area, you’ll slip into the water and float, snorkel mask on, while holding onto a rope. Then you’ll simply wait until the curious creatures decide to come to investigate – usually, something that happens within a matter of minutes.

“The encounters we have are whale-initiated and whale-controlled,” confirms Mike Ball, whose company has offered dwarf minke trips since 1996. “You don’t have to actively swim after the whales – simply float in the water and they will keep on swimming around and underneath you, often for long periods of time. Our longest encounter was 10 hours!” 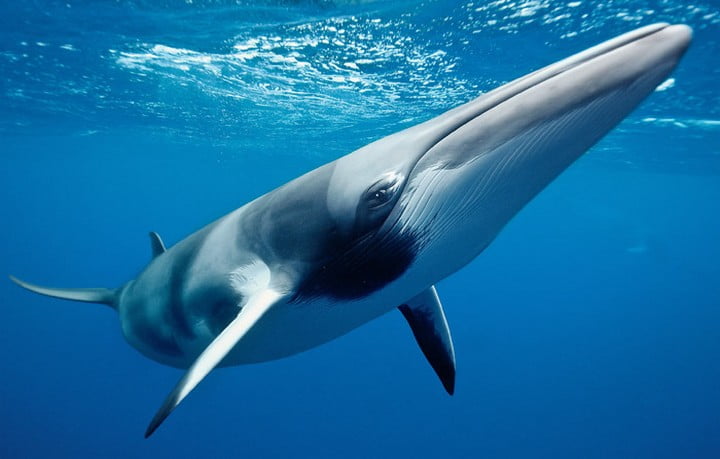 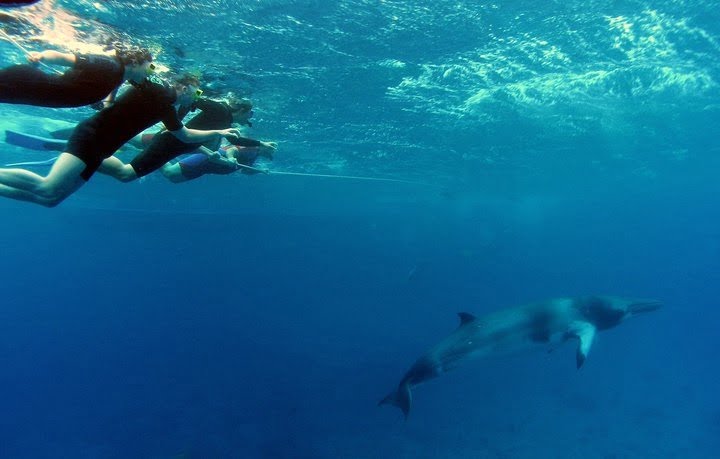 HOW YOUR ADVENTURE HELPS

Because these creatures were only discovered so recently, any photos you take during your swim can help scientists learn more about this charismatic creature. “Dwarf minke whales have complex colour patterns that are unique to each whale, like a fingerprint,” says Suzanne Hillcoat from the local research initiative, the Minke Whale Project, whose research has found there are several hundred individual whales that interact with tourists each year. “From photos we can identify individual whales, which allows us to monitor their interactions with the tourists and try and answer many other research questions. The more encounters we can capture in photographs, the more we can learn.”

The dwarf minkes are a winter highlight on the northern stretches of the Great Barrier Reef – the season generally runs from June till August, with “high” season taking place between mid-June and mid-July – but the reef itself is a year-round wonderland. With 1500 species of fish, 300 species of hard corals, 4000 mollusc species and 400 sponge species, you’ll need to pack a few extra memory cards for your GoPro. If you decide to take a live-aboard dive trip departing from Cairns, you’ll also visit the famous Cod Hole, which is home to super-friendly gigantic potato cod, as well as other locally revered dive sites such as Steve’s Bommie (for barracudas and reef sharks) and The Temple of Doom (large rays, sharks and trevally). A night dive at Gotham City is not to to be missed for its hunting fish like sharks and trevally, while a stop at stunning Lizard Island – home to one of the world’s most exclusive resorts – will take your breath away. 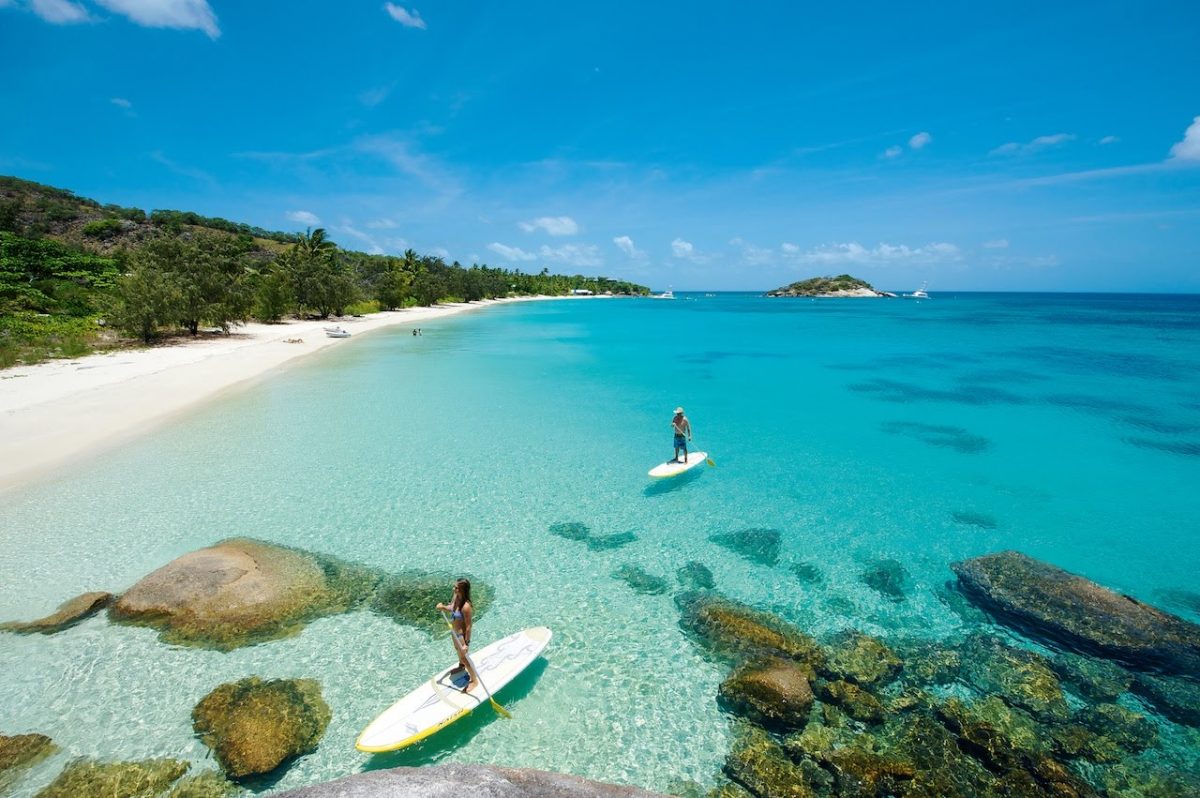 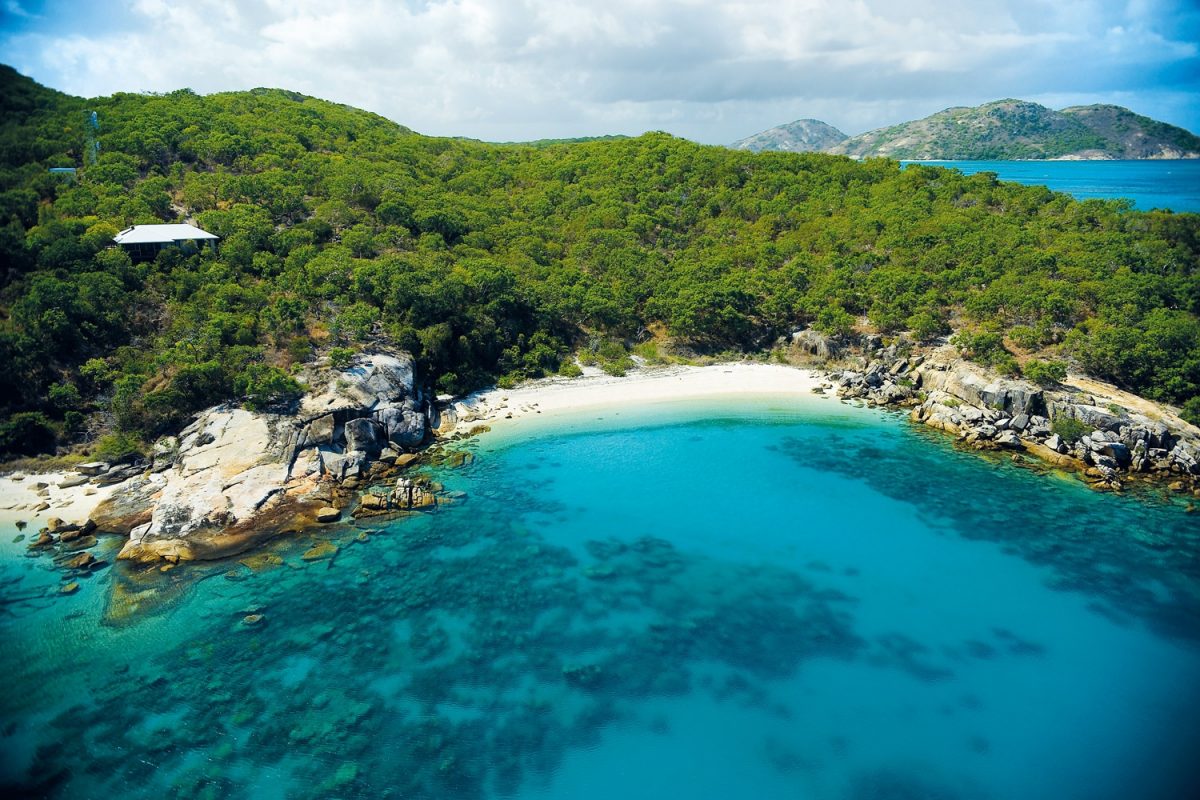