The first yacht to participate in the Great Reef Census, Beluga hosted five volunteers on board for a 200km passage from Lizard Island to Port Douglas.

M/Y Beluga winner for participating in the Great Reef Census

Forty per cent of the Great Barrier Reef, which stretches for 2,300 kilometres, has never been mapped. Hence the launch in October 2020 of the Great Reef Census, a citizen-science initiative that is surveying and photographing it in its entirety. It’s a massive logistical undertaking, and to succeed it requires the help of a wide variety of vessels.

Ocean Alliance, a Queensland-based superyacht brokerage and charter company, wanted to get involved, as did the owner of the 34.7-metre Moonen Beluga. No stranger to philanthropy, the yacht has participated in missions for the turtle sanctuary in Papua New Guinea’s Conflict Islands and for Take 3 for the Sea, which fights plastic pollution.

No surprise then that she became the first superyacht to participate in the Great Reef Census. Rather than return empty to her Port Douglas base from a charter that had ended in Lizard Island in the reef ’s north, her cabins were made available to marine scientists, a photographer and an engineer from Dell Technologies, which is working with the project to enable real-time data to be collected.

“We were able to hop on the boat, and her crew helped us do surveys on its way home. It’s a classic example of the shared economy,” says Andy Ridley, CEO of Citizens of the Great Barrier Reef.

Ocean Alliance’s MD, Jo Howard, is optimistic more owners will get involved. Indeed, charterers could invite marine scientists aboard during their cruise to learn about their work, even if just for a few hours. “The Great Reef Census is a world-first to encourage yachting for purpose and make a contribution to the ecosystem,” he says. Hence Beluga’s owner’s own enthusiasm for the project:

“We wanted to directly support vital research in unsurveyed areas of the Great Barrier Reef. Letting the citizen scientist team use [her] for their research was a great way to support ocean conservation.” 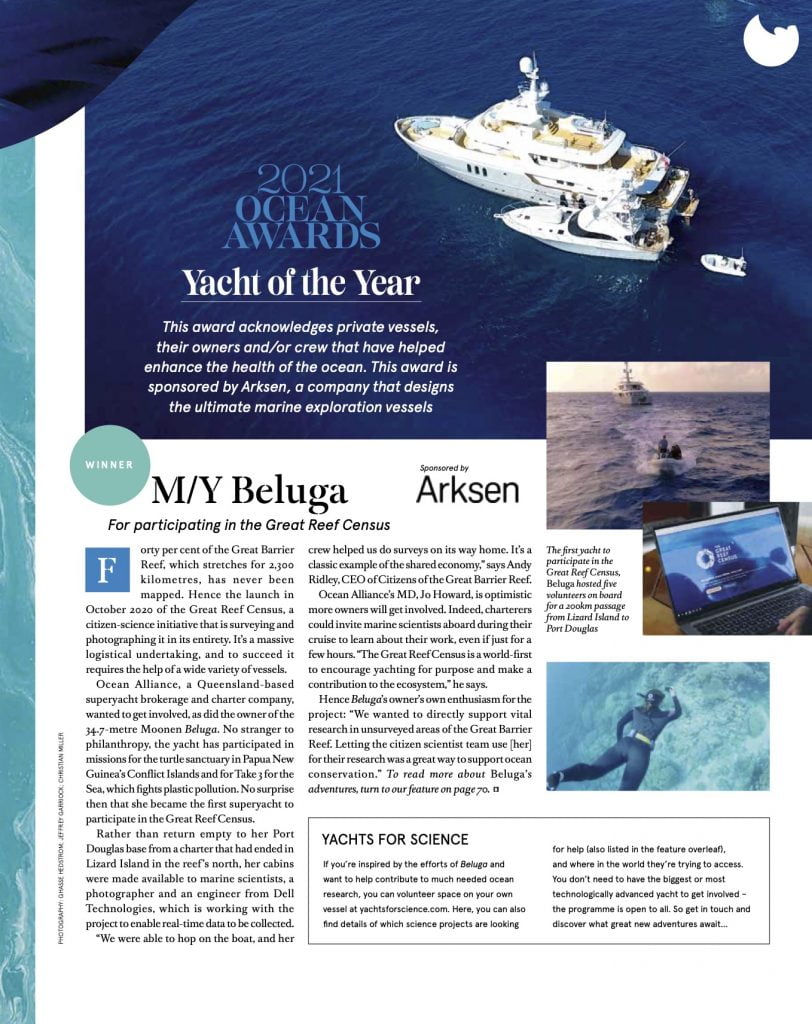 To read the full feature, please click on the image above or the following link. 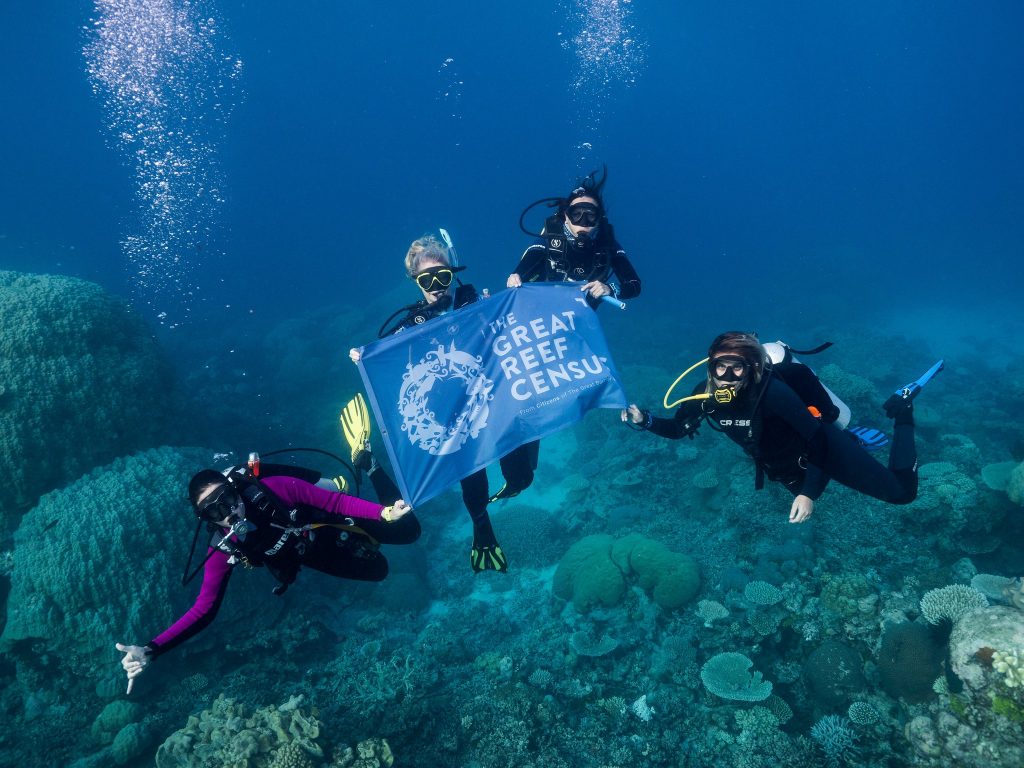 The 35m motor yacht BELUGA is available for charter and based in Port Douglas year-round, can also relocate to the Whitsunday Islands. Enquire with Ocean Alliance for an educational superyacht charter and learn more about ocean conservation.