Camera drones are, literally, inverting the way we see the world. But could it be they are also changing the way we feel about the world? Is there some link between our physical view and our emotional perspective? In other words, how does what we see have the potential to shape our emotional interpretation and view of the world?

Amongst the TEDxSydney 2016 film program is a short film that triggers such a conversation.

West Australian drone hobbyist and filmmaker, Jaimen Hudson, captured footage of what should have been the impossible; the extreme vulnerability of a lone paddleboarder who finds himself next to two magnificent southern right whales, some 150 metres from shore. 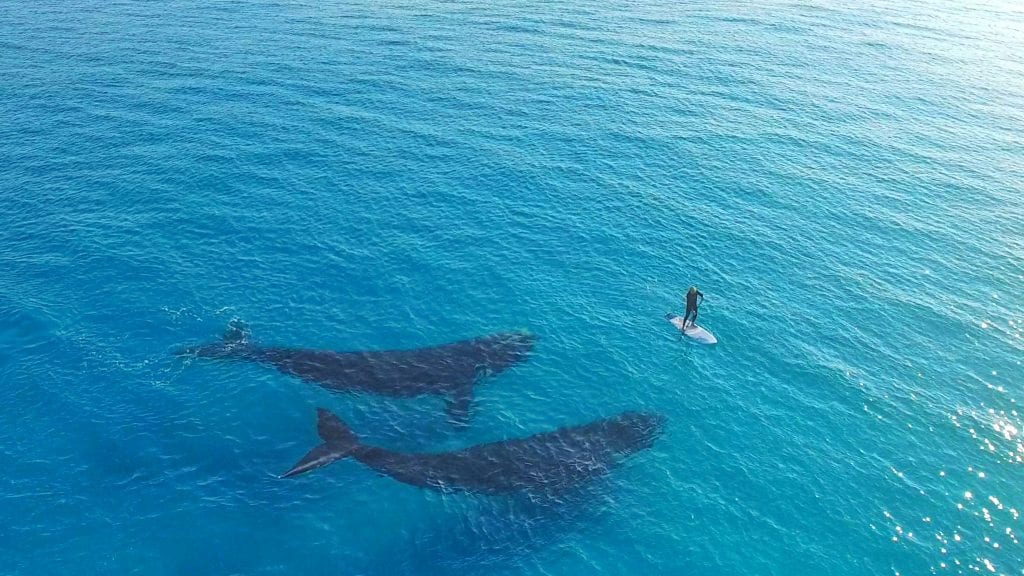 Yet rather than remain hidden in one man’s memory, this ultra-personal, once-in-a-lifetime experience was filmed and shared across news and social media channels world wide. Headlines and viewers alike consistently described the footage in unusually emotive terms, declaring it “incredibly soothing” and that it “brings about inner peace”. Others found it “a great reminder of all life we need to preserve in the world”.

Why are millions of people so moved by seeing a man with some whales? Are they all pacifists and ocean environmentalists? Of course not. So what power lies within this drone footage to create such an emotional response en masse?

“The key influencing elements are; perspective, and to a lesser extent, the absence of dialogue.”

As is common with drone footage, there is no verbal narrative in Paddle Boarding with Whales. Without any dialogue to influence or distract the viewer, we are free to think or feel any way we like as the imagery unfolds. This gap created by the unspoken frees us from the limitations of language and allows emotion to take reign. There is a shift from the intellectual to the sensory. The viewer is free to simply feel instead of think.

Although significant, the absence of dialogue does not, however, affect the viewer as much as the new visual experience the drone camera provides.

Humans, as a whole, are self-centric. No matter how empathetic we consider ourselves to be, one can literally see the world from a single standpoint – our own. We can only see the world from this one perspective and the rest must be imagined. The ‘me’ and the ‘I’ is always at the centre of the what is doing the seeing, almost exclusively from eye height, give or take some 1.8 m from ground level. 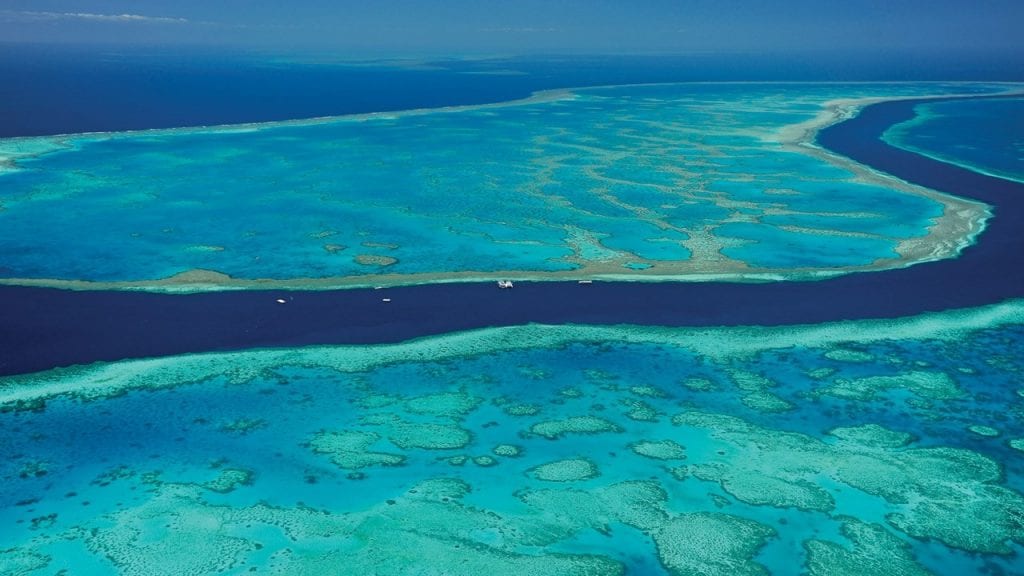 But when we see the world from an aerial view, there is greater context. Our vision has been expanded, literally. We are no longer pinned to the Earth, confined to seeing our immediate environment from the ground up, with ‘me’ as the constant centre of everything we see. This expanded vision with a wider context unconsciously and automatically tends to abolish, or diminish, our self-centric viewpoint.

“We can see that there is much more than just our own tiny view world.”

As demonstrated in Paddle Boarding with Whales, the result is quite profound. Viewers can behold these great, mysterious ocean dwellers, and man, side by side, with no barriers or machines between them. The light crystal blue waters enable the spectacle.