GHOST II provides a luxury villa experience on the water.

GHOST II is unrelated to Rolls-Royce, though this brand new superyacht – delivered to Sydney in late October – features a silver superstructure and an opulent interior. The 37.3-metre vessel is a bespoke interpretation of the Majesty 122 yacht built by Gulf Craft in the United Arab Emirates and worth approximately $14 million. 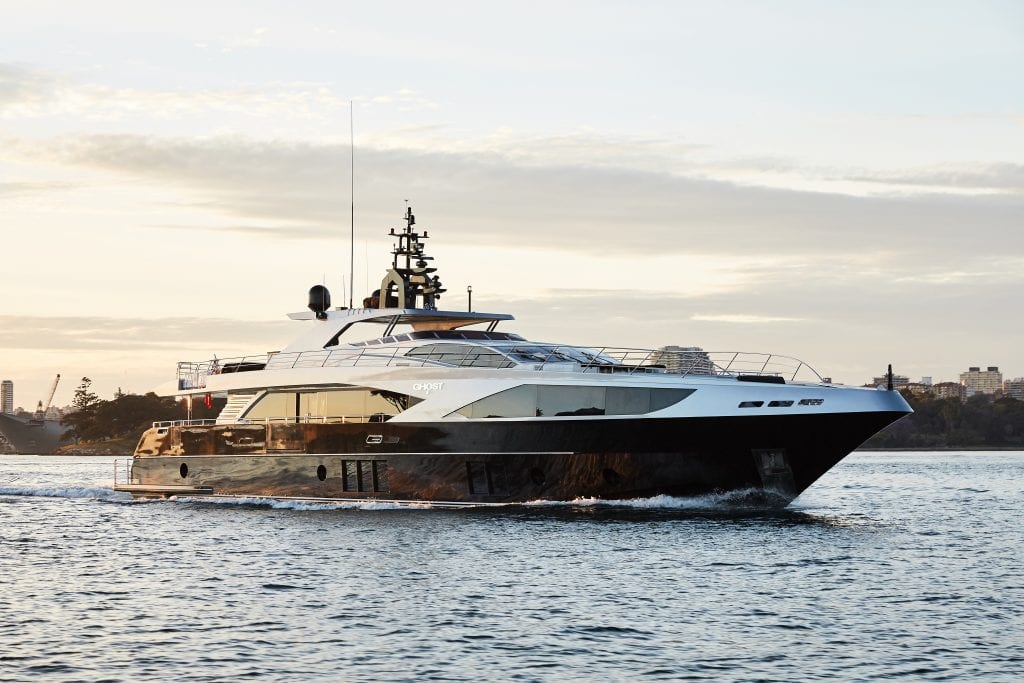 Two powerful Caterpillar diesel engines propel the athletically aesthetic, 250-tonne GHOST II to
a top speed of 24 knots, with a cruising speed of 10 knots. Panoramic windows along the main level provide expansive views of the seascape for a yacht its creators say is designed to mimic a luxury villa on water.

The same deck features a luxuriously furnished lounge and a suitably commodious master stateroom for the owner, including marbled en suite. An owner’s office is annexed, complete with desktop ocean views for inspiration. 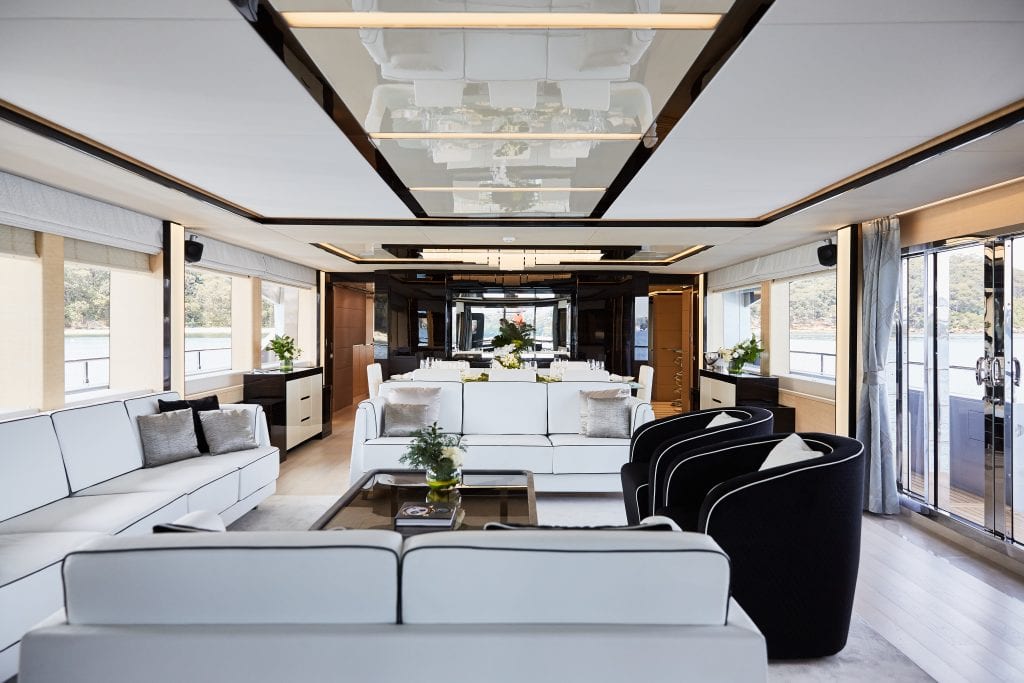 A total of 12 people can sleep aboard courtesy of another four cabins on the lower deck, with the two doubles and two twins each coming with their own en suite. There’s also a captain’s cabin and quarters for five crew members.

A 10-person Castoldi tender and a Yamaha jet-ski are parked in the garage. Additional watersport equipment includes a high-speed chase tender, kayaks, ski tubes, stand-up paddleboards and a pair of Seabob mini-jets. 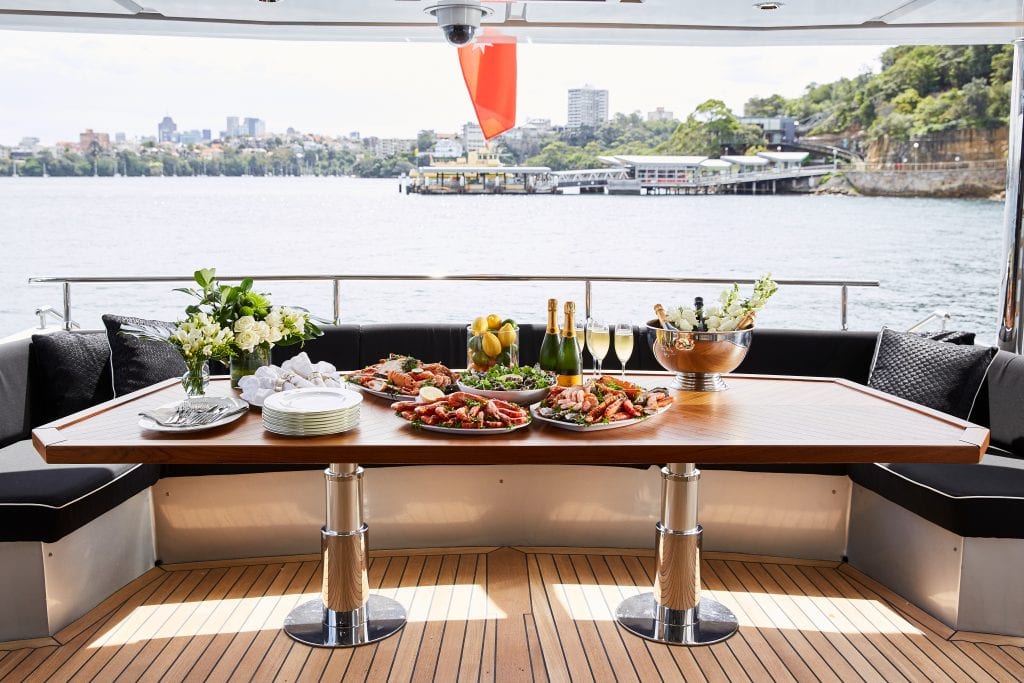 If the owner is looking to entertain on a grander scale, a fully equipped galley helps to serve as many as 115 guests for cocktail functions, or up to 60 for formal eating, across its two large external decks and four dining areas.

No sooner had GHOST II arrived in Sydney Harbour, she was being vigorously haunted for charter events, under managing agent Ocean Alliance. 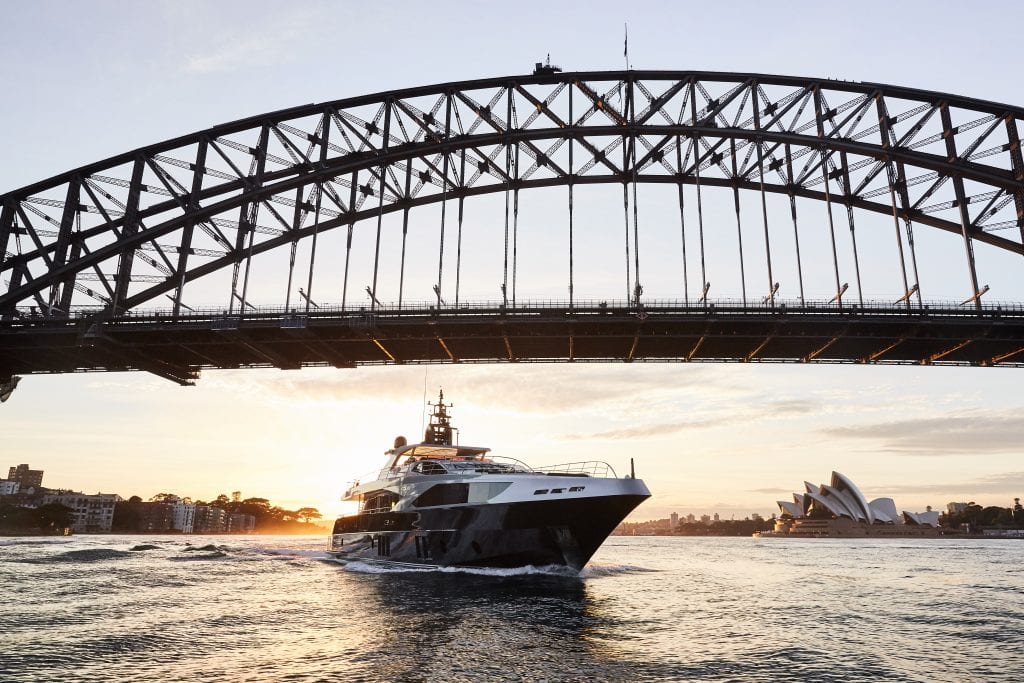