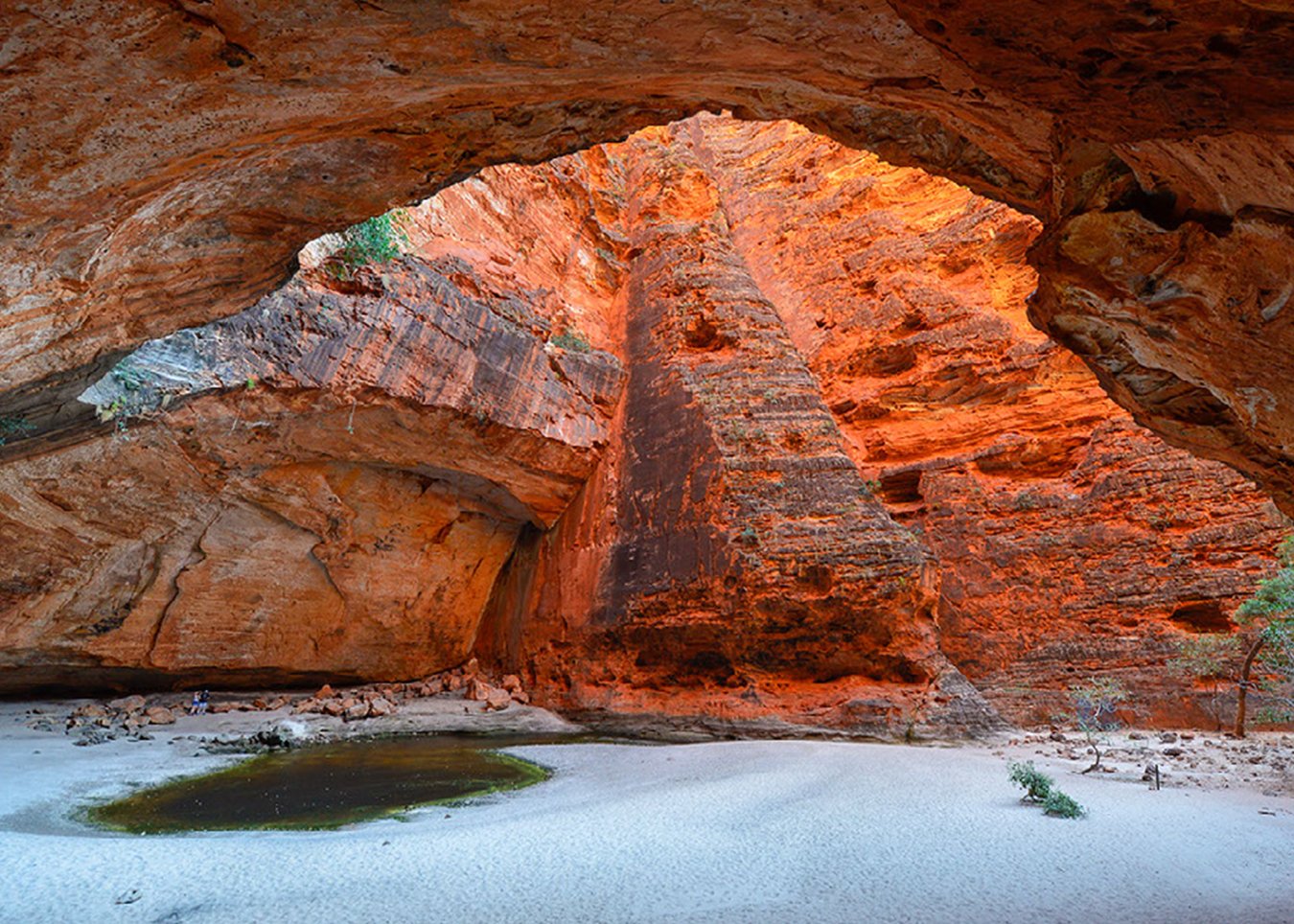 Huge cliffs fall into the sea creating perfect and secluded anchorages. You can witness some of the earth’s most remarkable horizontal waterfalls, see Australia’s native animals in the wildlife from and learn about one of the world’s oldest civilisations, the Aborigines, in a landscape which has never been touched by development. The Kimberley stands as a living example of ancient landscapes and its inhabitants.

This is one of the most pristine regions of the world, with an exceptional landscape made up of sandstone gorges, white sands and turquoise waters. Stepping inland, you will discover a diverse wildlife among the idyllic surroundings, while diving into sublime freshwater lagoons are among the thrilling water-borne adventures you can undertake. The Kimberley will also expose you to the cultural heritage of the aboriginal population, enriching your experience with guided tours of this historical land. The Kimberley has some of the most astonishing cruising grounds for superyachts to explore, leading onto mesmerising reefs and rivers with incredible fishing opportunities. Montgomery Reef seemingly rises out of the ocean with the falling tide, with 5 metre high reefs emerging from the water to create cascading waterfalls that will leave you in awe as you dive in to uncover the flourishing sea life. 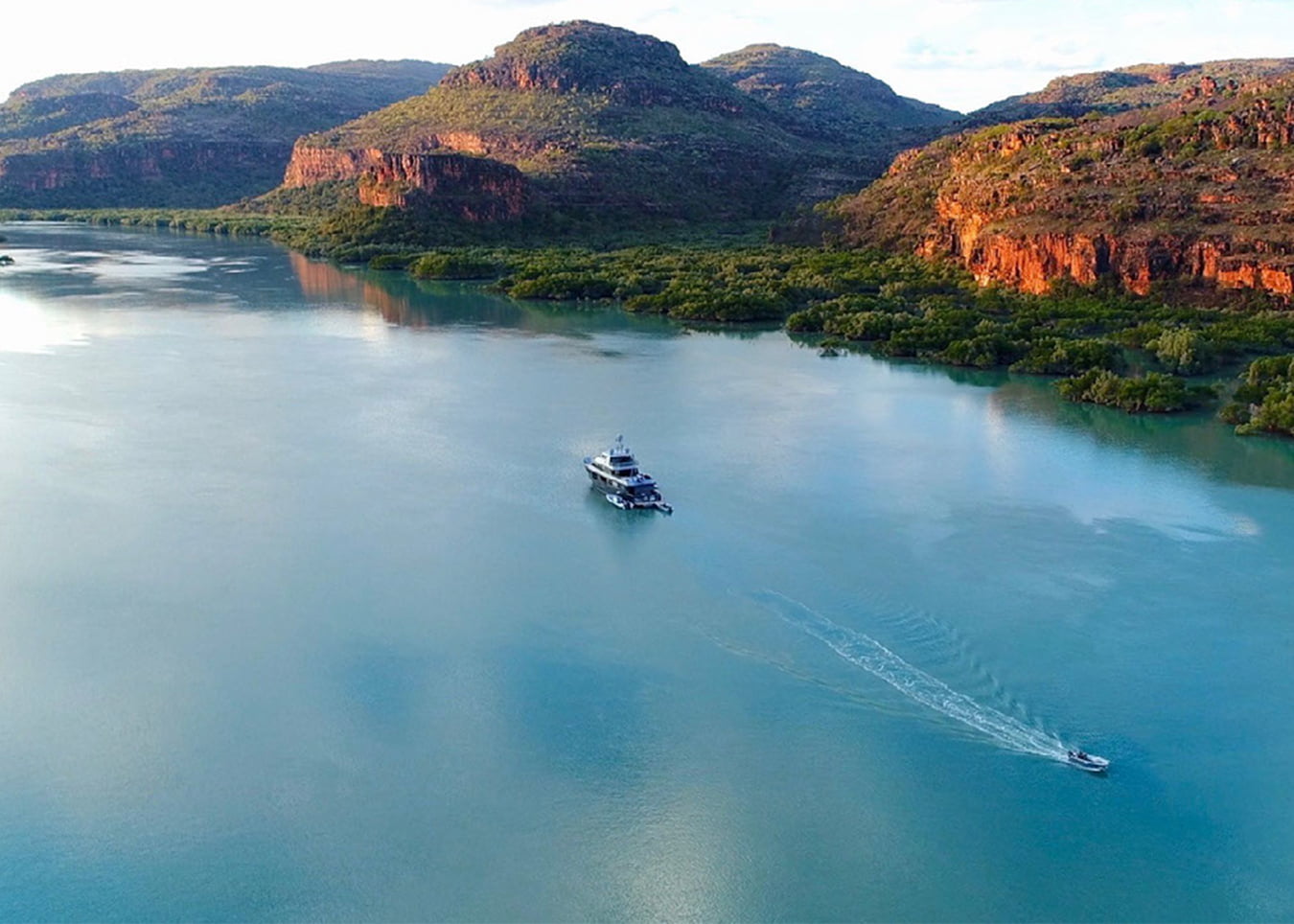 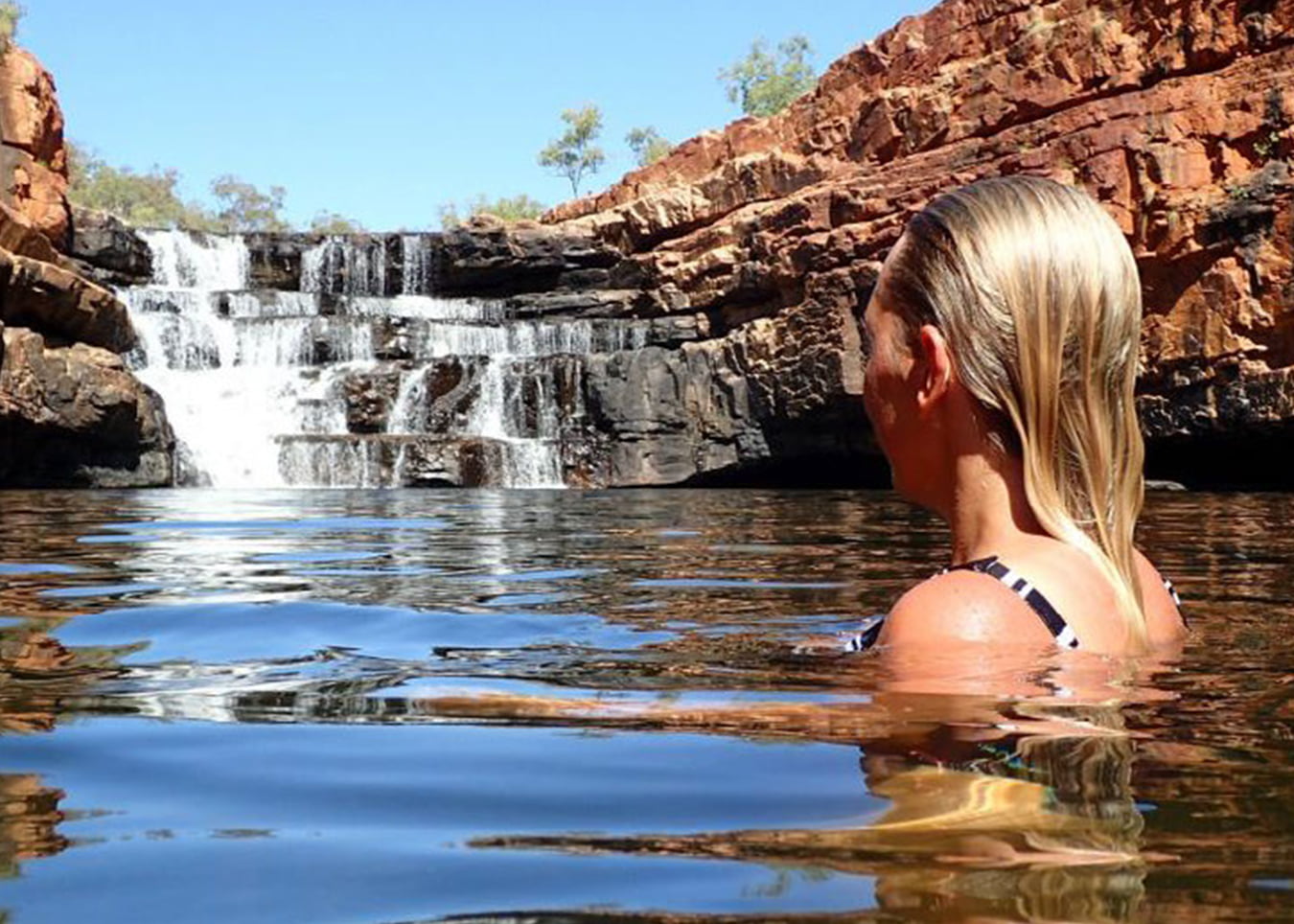 Silica Beach, found on Hidden Island, will give you more than your needed dose of white sand beaches. Here, the glistening sand looks out onto the spectacular turquoise waters making up one of the most picturesque settings imaginable, perfect for days spent unwinding under the Australian sun. Your superyacht charter can include a sample of the region’s renowned deep-sea fishing, an activity that draws both novice and professional anglers to the state’s rivers. Among the iconic fish that can be caught is the silver barramundi, along with others including the Threadfin salmon, giant trevally and queenfish. When navigating the many majestic waterways, keep an eye out for the prehistoric saltwater crocodiles which make up some of the abundant wildlife in The Kimberley.

Stopping off at scenic locations such as Raft Point will give you a different perspective on Australia’s culture and history. At Raft Point you will be given intimate guided tours by local indigenous people, who will exhibit some of the rock art which dates back 50,000 years. Visiting sacred sites and immersing yourself in the tales of a culture which has thrived for centuries is an eye-opening experience, adding a completely new dimension to your superyacht charter. Of course, you are never far away from a swim in the freshwater lagoons or a hike through the enchanting rainforest. 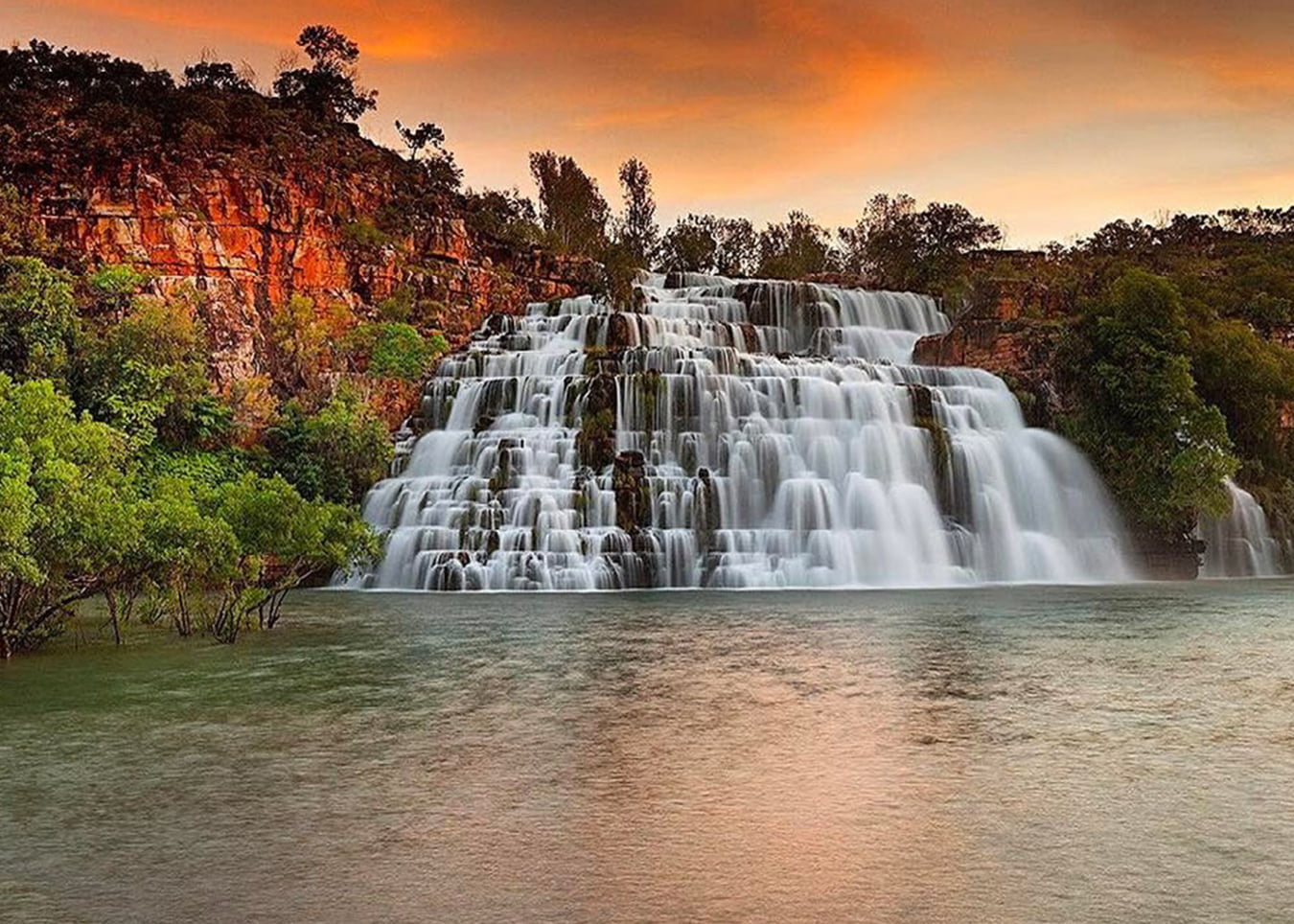 In the faraway north-west pocket of Australia, you will find one of the most pristine regions in the world. At ten times the size of Switzerland, the Kimberley region is brimming with Australia’s best outback landscapes and wildlife. Inhabited by just over 50,000 people over 400,000km2, the region is one of the most secluded and scarcely populated in the world, and is reputed as one of Australia’s great natural wonders.
Discover a never-ending haven of turquoise waters, white sands, waterfalls, and sandstone gorges that will take your breath away. Witness landscapes that have been carved over millions of years, immersed in the diverse wildlife and serenity of the region.

The Kimberley has two seasons, the dry and the wet. It is hot most of the year with average temperatures generally above 30°C. The dry season, from May to September, features beautiful clear skies, warm to hot days, and the occasional cool night. The weather during the dry season is very stable and predictable, the chance of rain very low – every day is a beautiful day. During the wet season, from November to April, monsoonal rains inundate the region, rivers flood, replenishing the majestic waterfalls and currents. It is during this time that the region receives about 90% of its rainfall. The weather during the wet season is quite unpredictable. 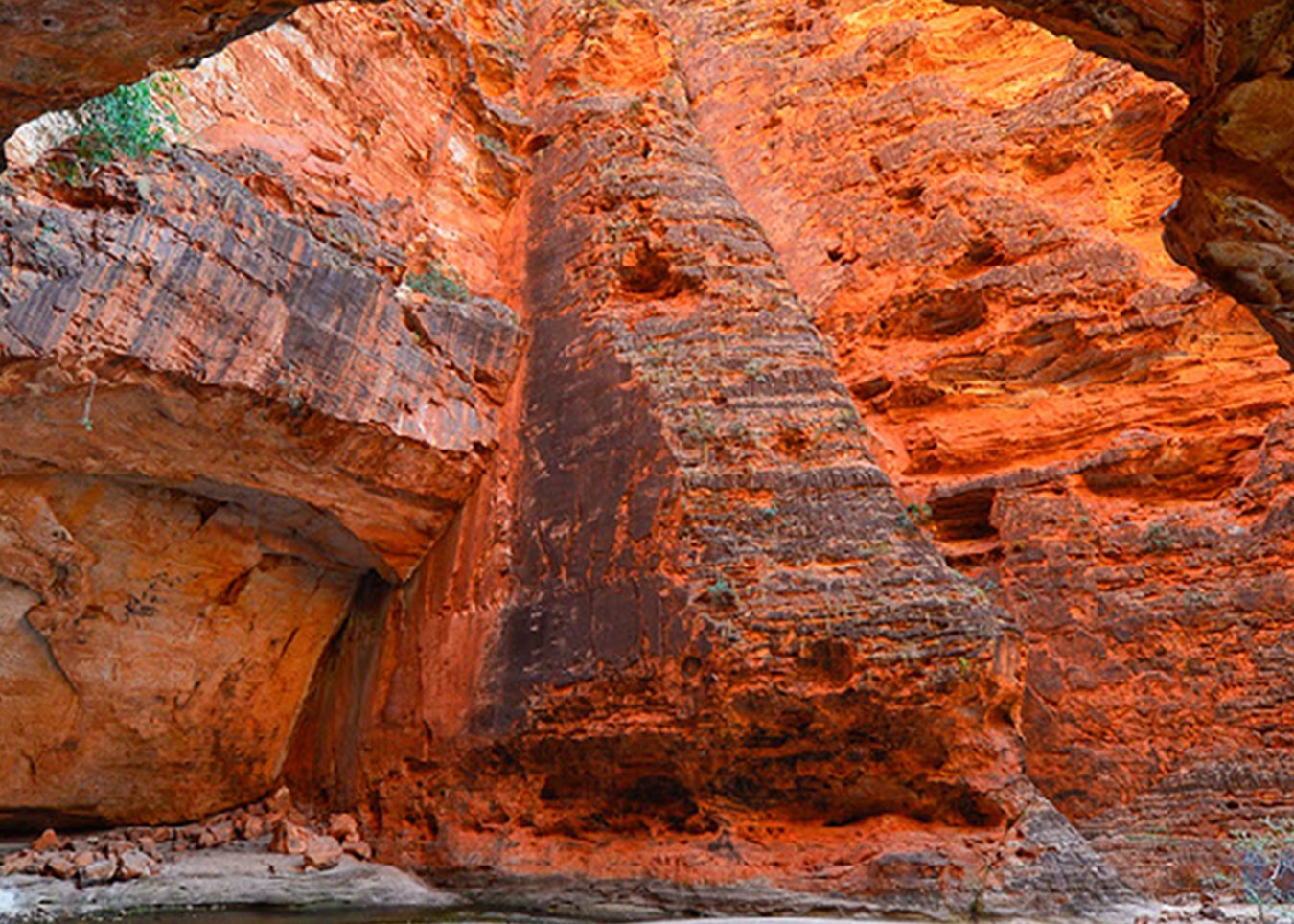 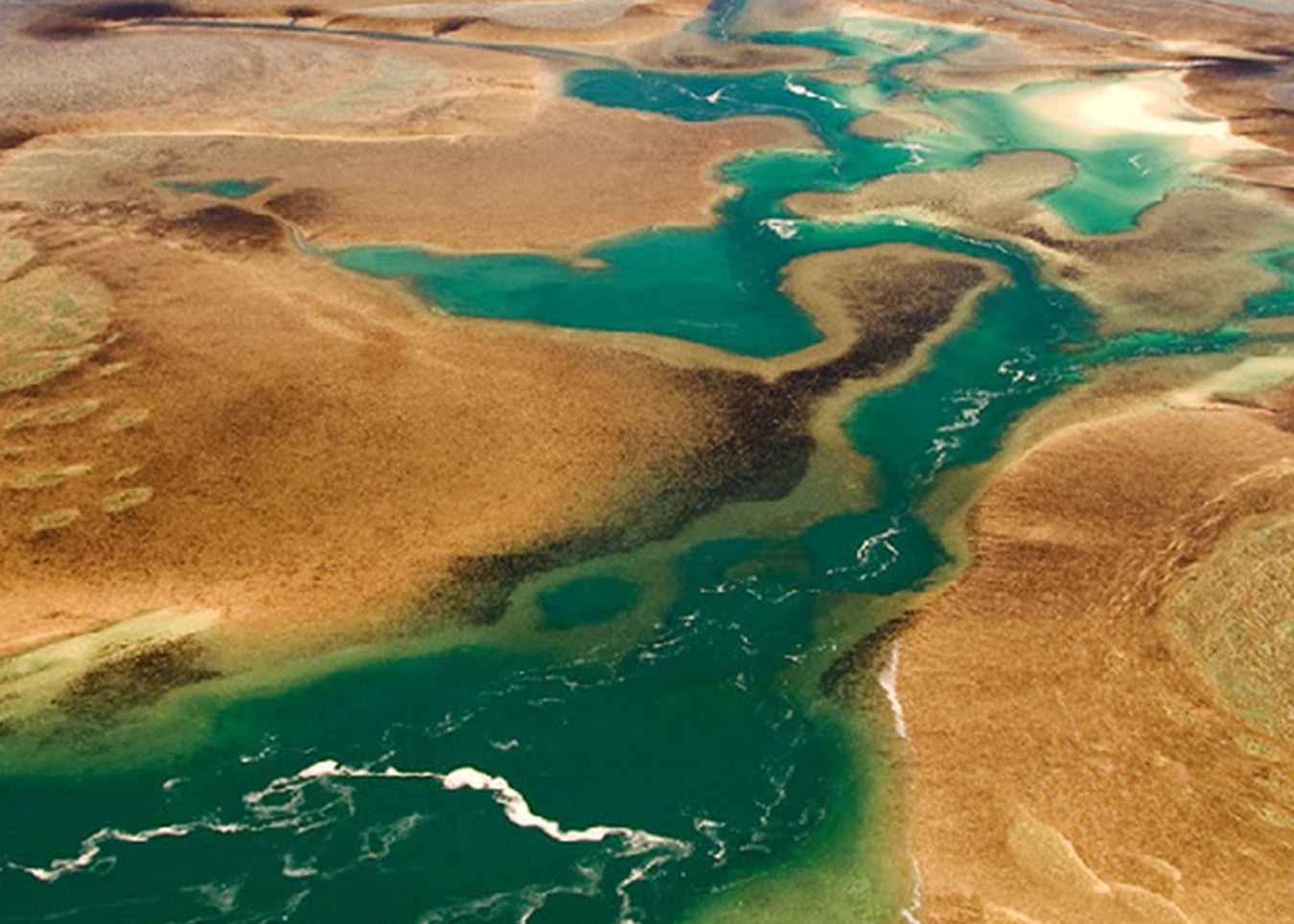 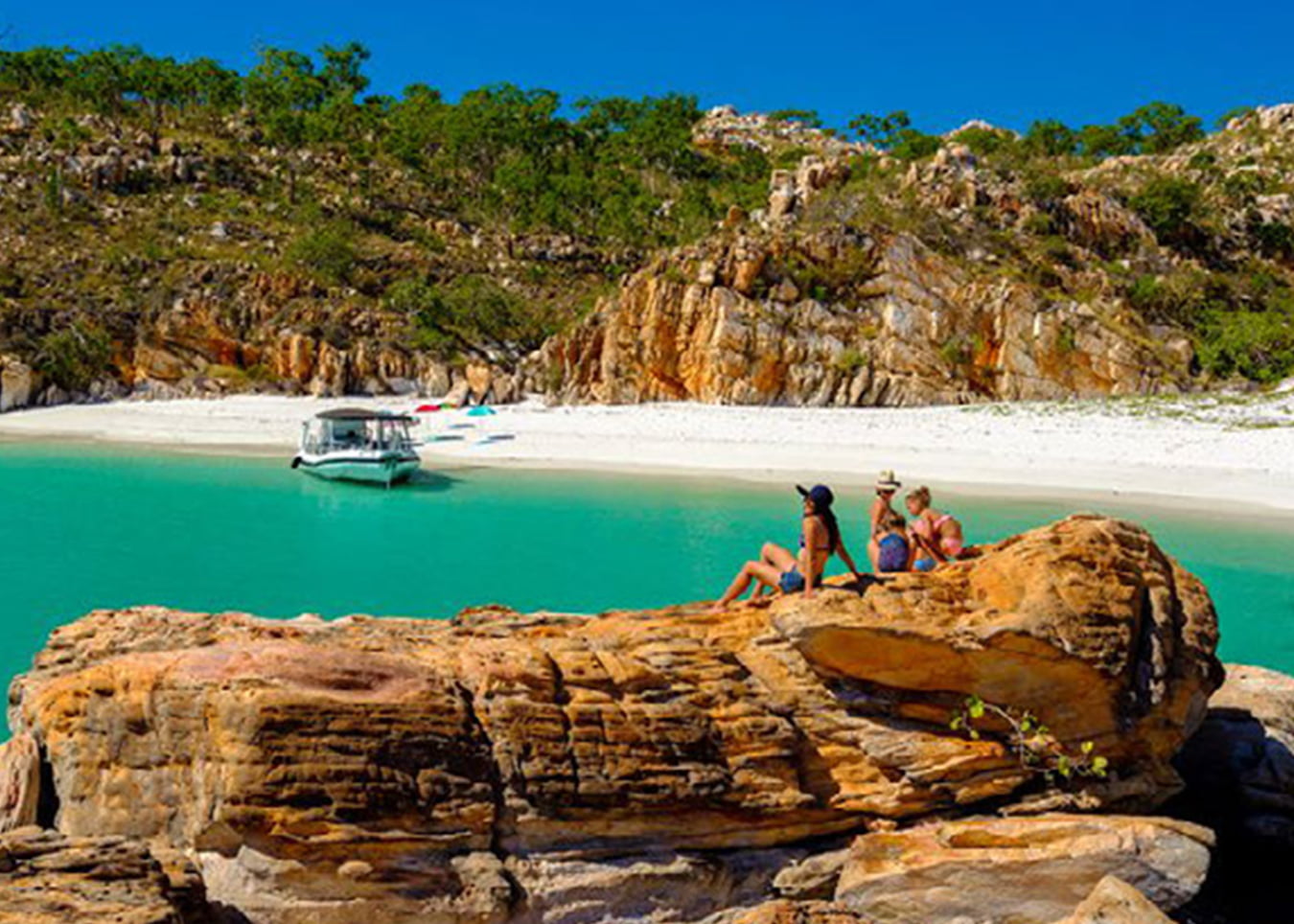 Cruising through the Kimberley region you will be amazed by the beauty and richness of this part of Australia. Immerse yourself in the heart of Australia’s culture beating through the red dirt, explore the rugged landscape, spectacular gorges, waterfalls, and embrace the feeling of swimming in pristine freshwater lagoons after a good hike. An abundance of wildlife exists along the way such as majestic whales, an array of birdlife, and native animals including prehistoric saltwater crocodiles and barramundi.

The Kimberley is rich with a captivating history, not only from early explorer expeditions to Australia but dating back thousands of years with a rich indigenous culture. Share in the stories of the Aboriginal people, visit sacred sites where extraordinary rock art are dotted throughout many caves, and immerse yourself in the land that has sustained the Aboriginal people for centuries. Guests will be guided by incredible local knowledge to experience Bradshaw-style rock art, some of it still being discovered today. The insightful interpretation of your very own onboard guide will reveal that some artworks have been dated to be older than the famous Prehistoric Lascaux grotto (more than 50,000 years old), whilst the first Aboriginal families established themselves in Australia between 60,000 – 80,000 years ago.

Australia, especially Western Australia, is blessed with amazing food and wine industry. Allow your chefs to tailor your menu showcasing all that Western Australia, has to offer. Enjoy local delicacies (perhaps caught on your journey!) such as oysters, barramundi, and even specialties like delicate pearl meat. You may also visit a pearl farm such as Paspaley or Cygnet Bay to uncover the incredible creations delivered by Mother Nature – Australia’s Mother of Pearls are among the most valued in the world.

Fishing in the Kimberley is incredible, the region being so pristine. Western Australia is home to some of the world’s best deep sea and beach fishing with world-class challenges and rewards to lure many keen novice and professional anglers to the state’s rivers and 12,500 kilometres (7,767 miles) of coastline. Anglers can experience the thrill of hooking Australia’s most iconic fish, the barramundi. Other species in these waters include threadfin salmon, giant trevally, tuna, and queenfish. 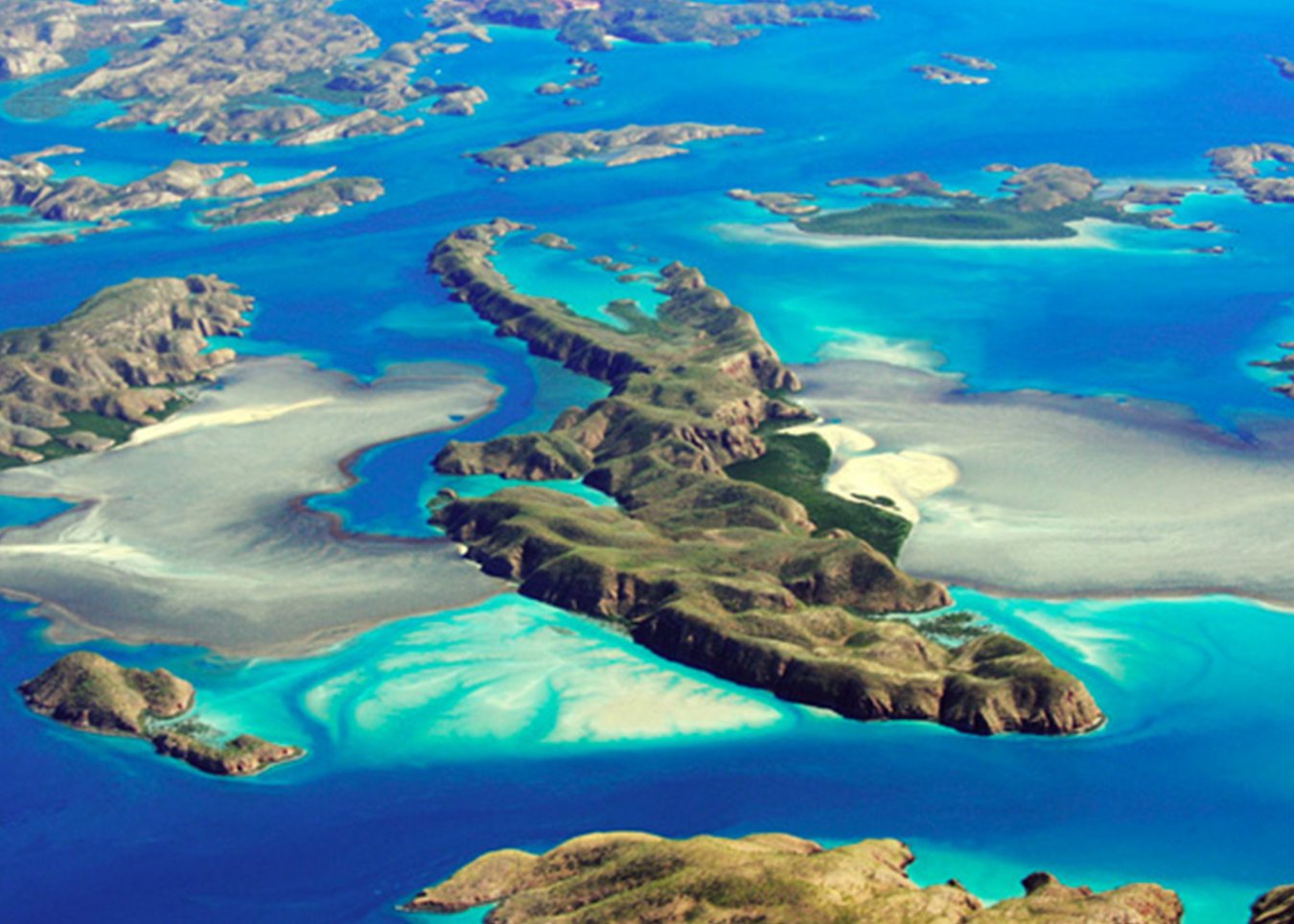 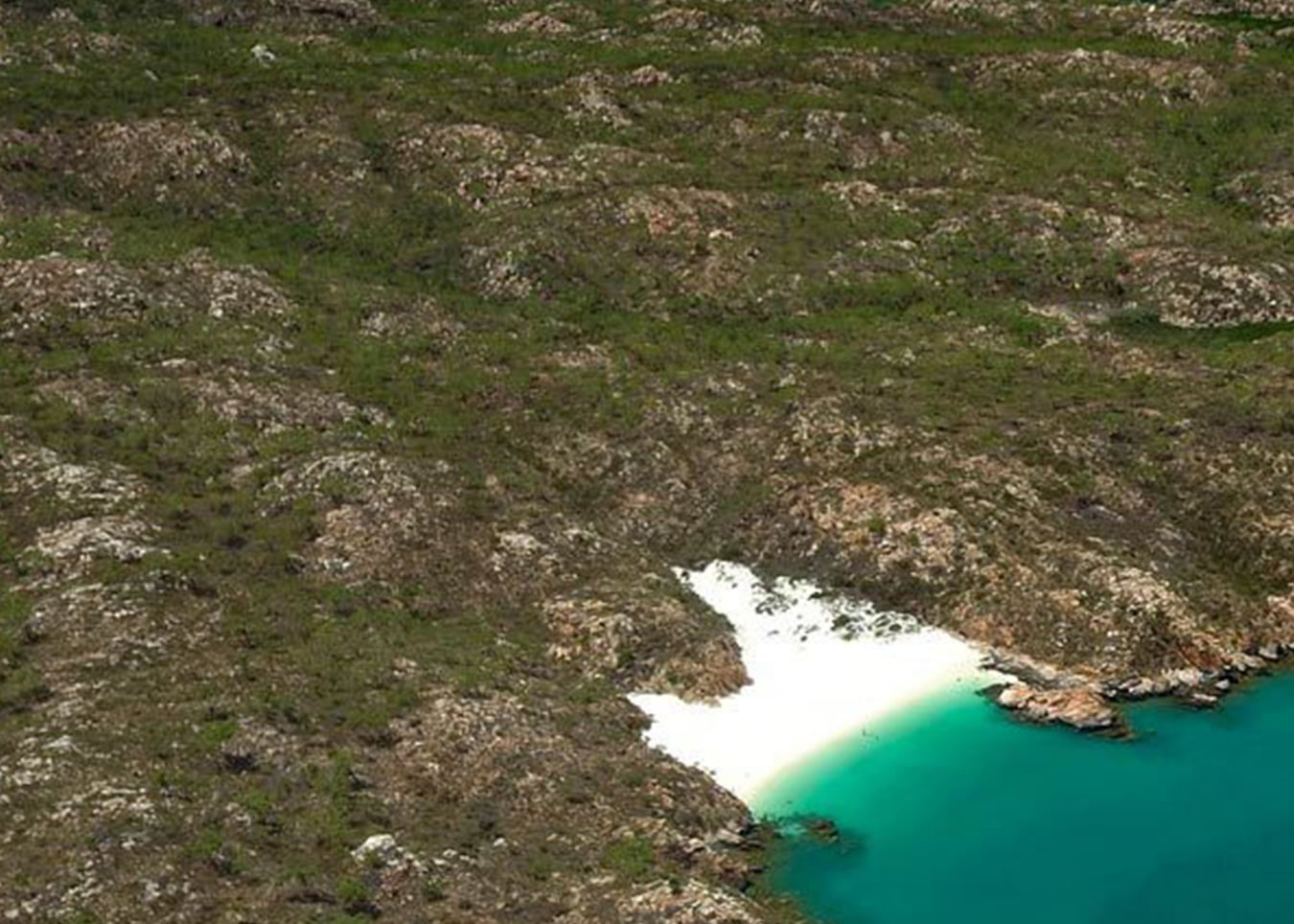 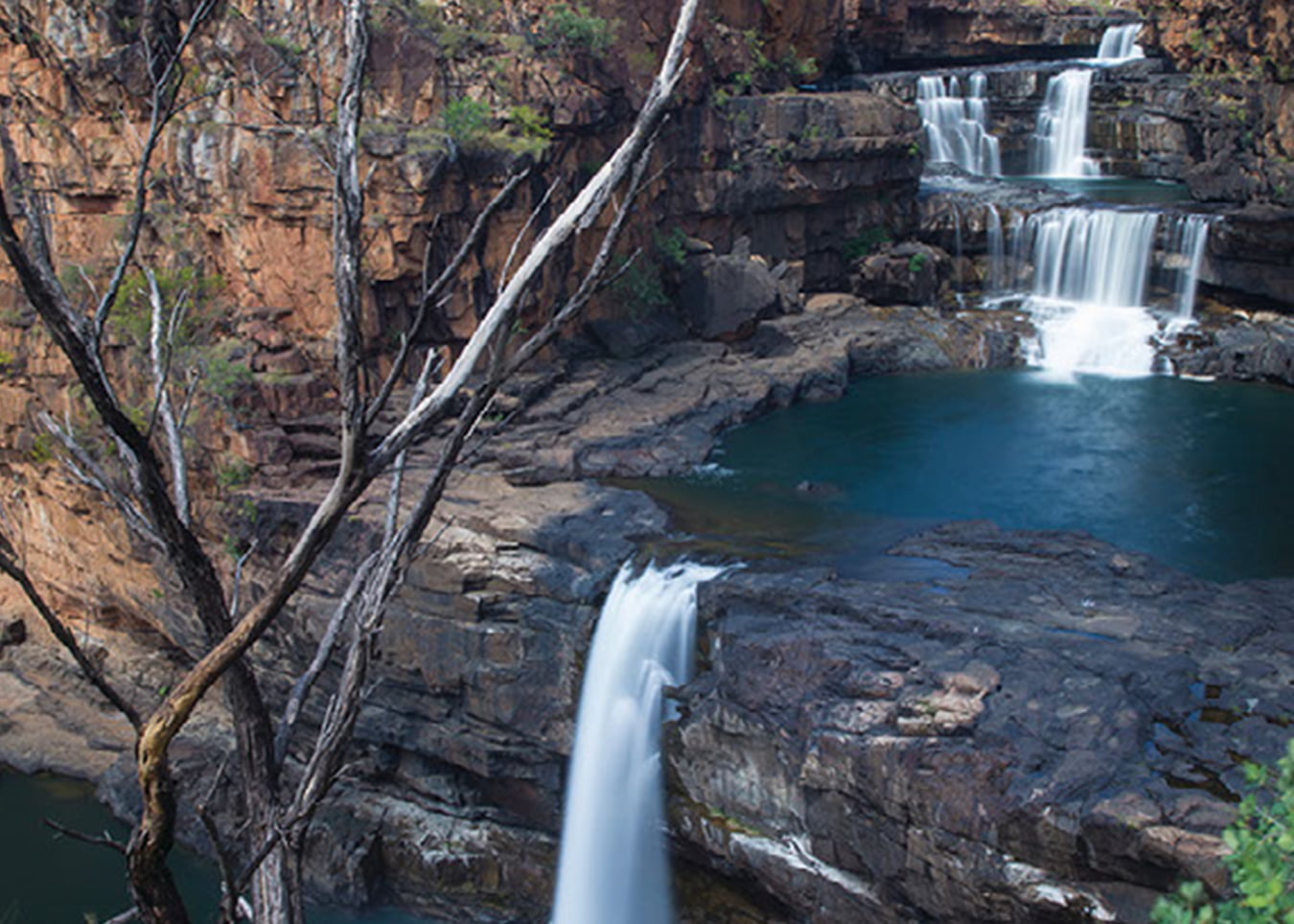 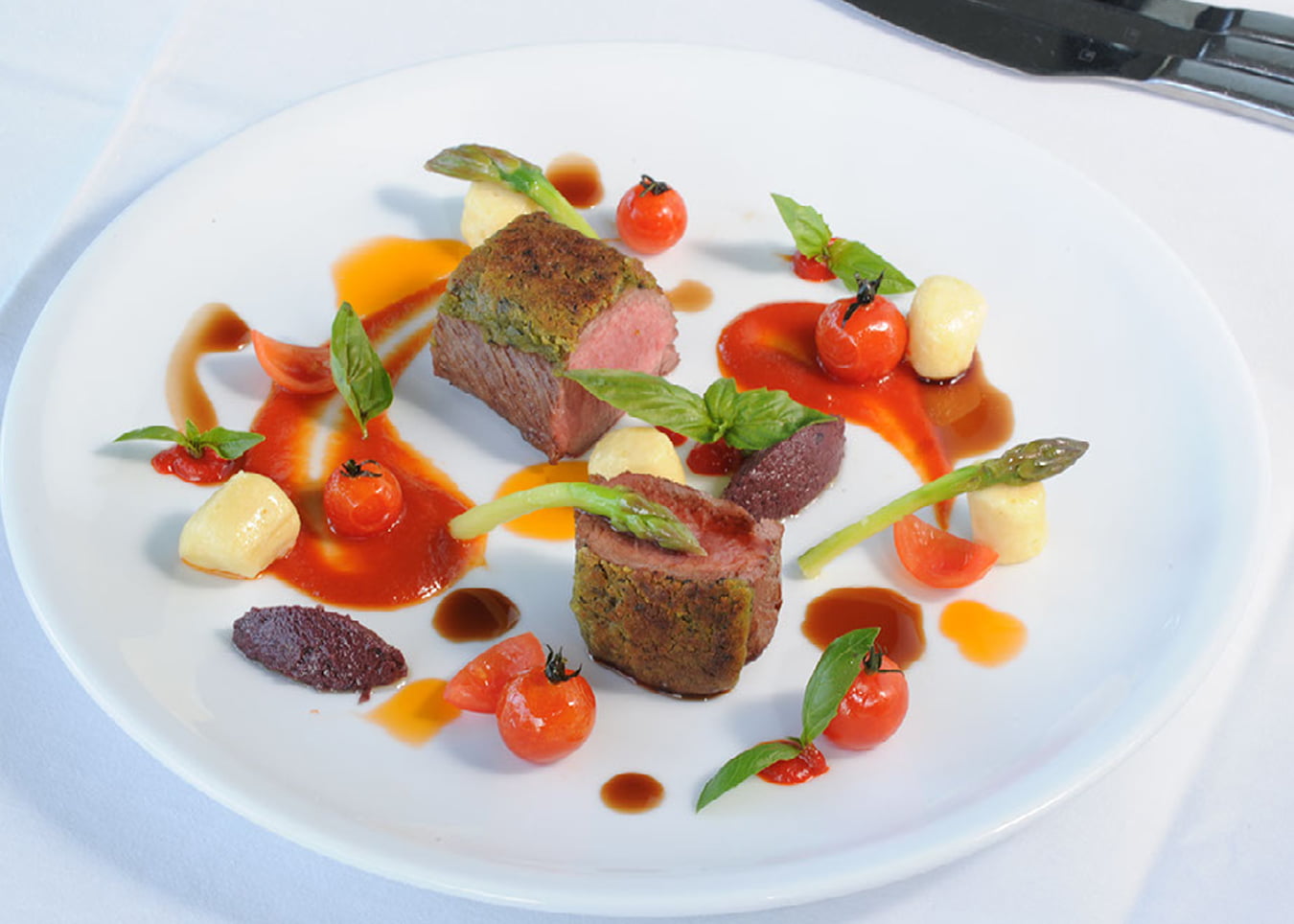 Depart Broome Airport by seaplane and fly over the Southern Kimberley into the Prince Regent River.
Cruise up the river to Camp Creek and photograph the lower cascades before hiking for 1 hour up to the swimming pool and waterfalls. Enjoy a drink and light snack as you relax and explore the upper cascades. Return to AKIKO for a seafood lunch sampling local fish such Barramundi. Spend the mid-afternoon relaxing onboard before departing on the fast and stable tenders for a fishing and sightseeing trip. Remain at anchor overnight.

Join your Chief Stewardess on deck early for a morning stretch and workout before a healthy light breakfast as AKIKO cruises up the Prince Regent River for 10nm. The yacht will pass close to rocks and cliffs as we make our way up the river in the expert hands of your Captain.
When the tide allows we will enter the falls with AKIKO and feel the spray of the falls misting over the decks. Join the tenders and take some pictures of your new floating paradise in front of the famed Kings Cascade falls. Depart on a short walk from the Cascades up to the source of the falls and swim amongst the cascades and explore the upper stream.
Depart the cascades and cruise out of the Prince Regent River to catch a sunset in St George’s Basin.

Cruise past Cape Torrens and take a shower under a small waterfall as we explore the unique rock formations of the Cape.
We are now making our way down into the Roe River to search for the magnificent Salt Water Crocodiles known to inhabit the river in large numbers. Stop to try fishing and visit nearby swimming holes and falls as you explore the Roe River. There are some opportunities to view indigenous rock art panels in several sites.
Enjoy a sunset drink at Crystal Beach as the Chef prepares hors d’oeuvres on the beach barbeque.

Awake in the spectacular Hunter River as we start 2 days of exciting adventures. Sharks, crocodiles and birds-of-prey lurk around the yacht as the red sandstone cliffs are bathed with the morning light. Depart on a morning hike up to a remote waterfall before returning to AKIKO for lunch. Try mud-crab catching and enjoy your successful haul with a seafood banquet onboard. 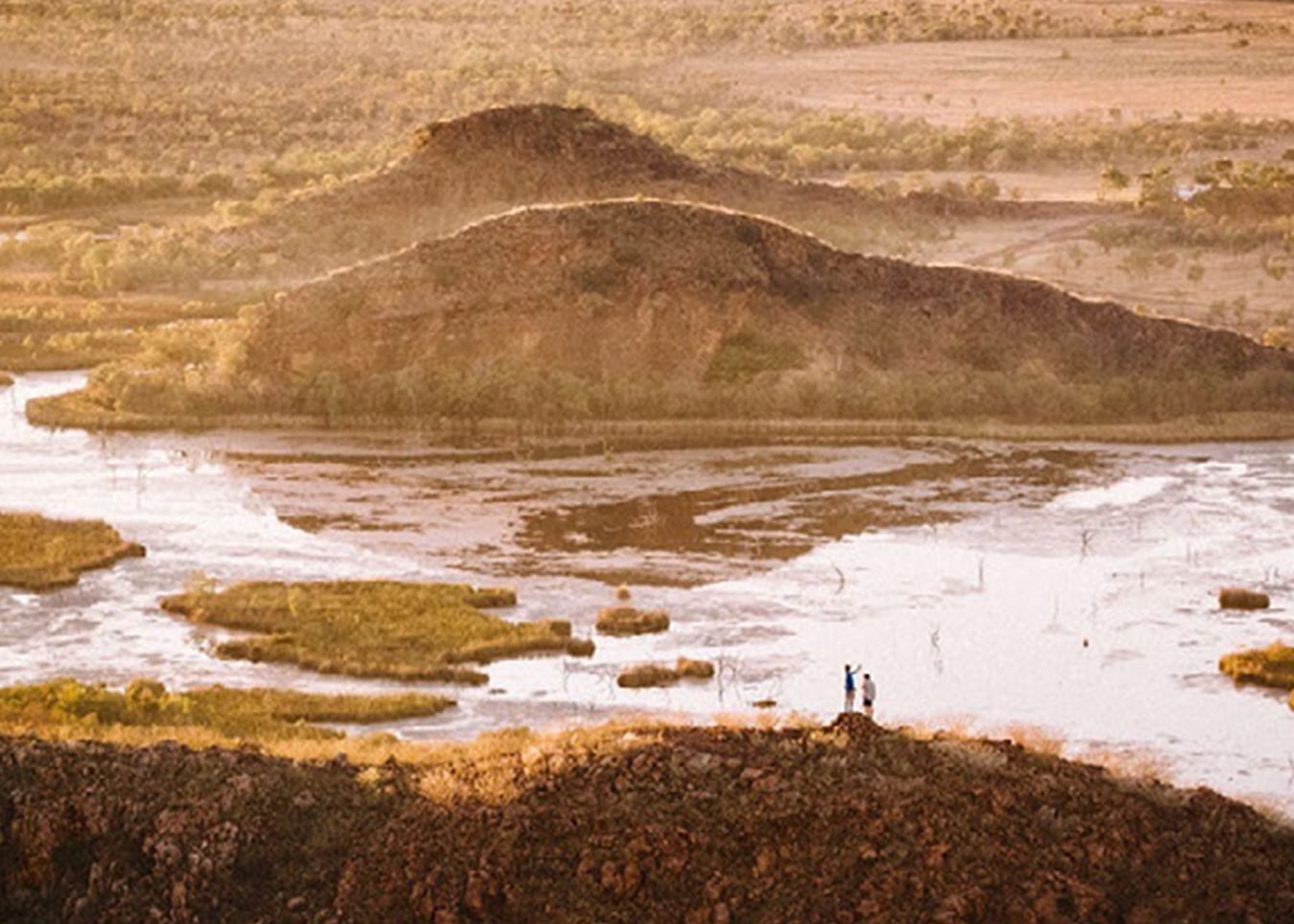 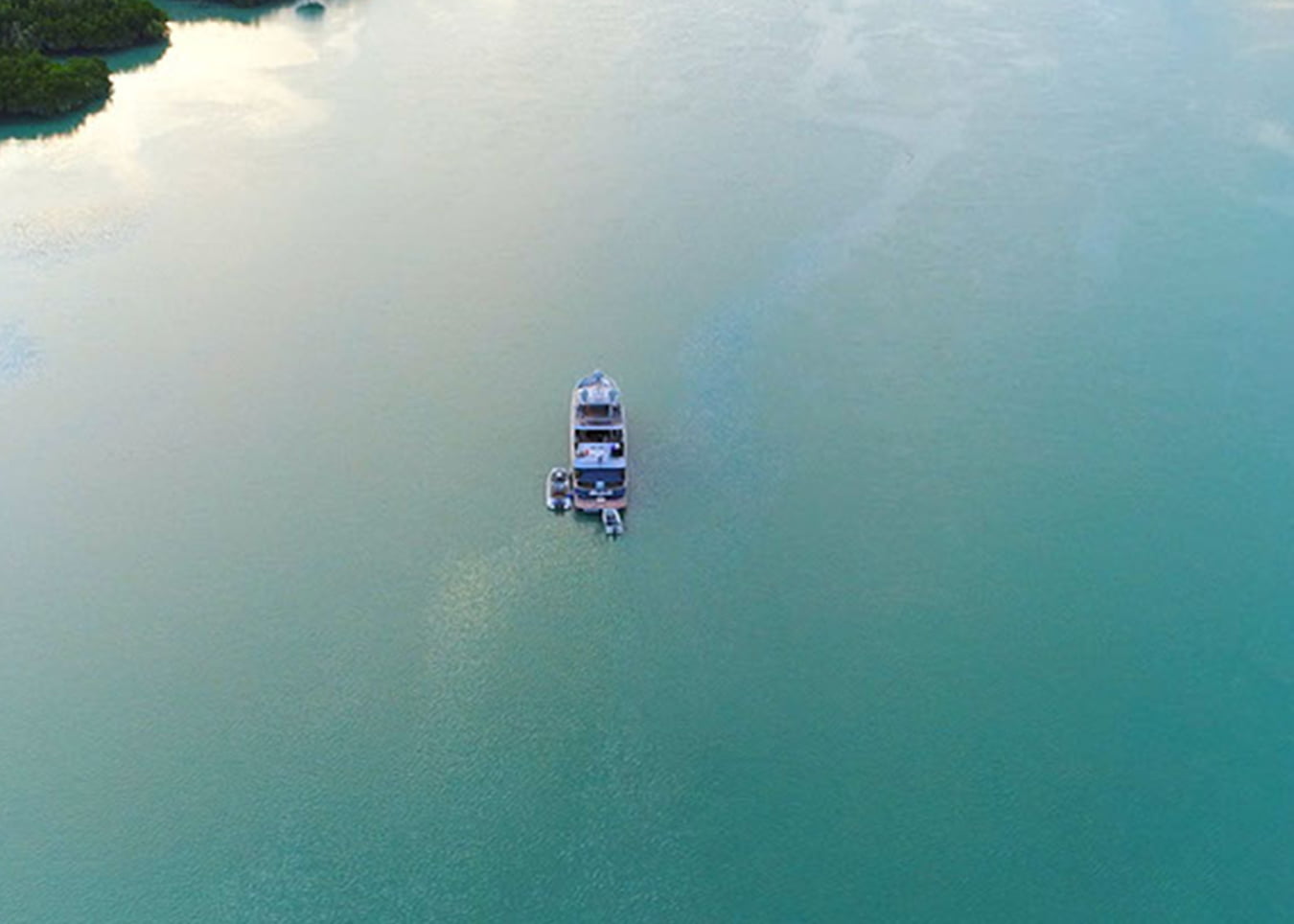 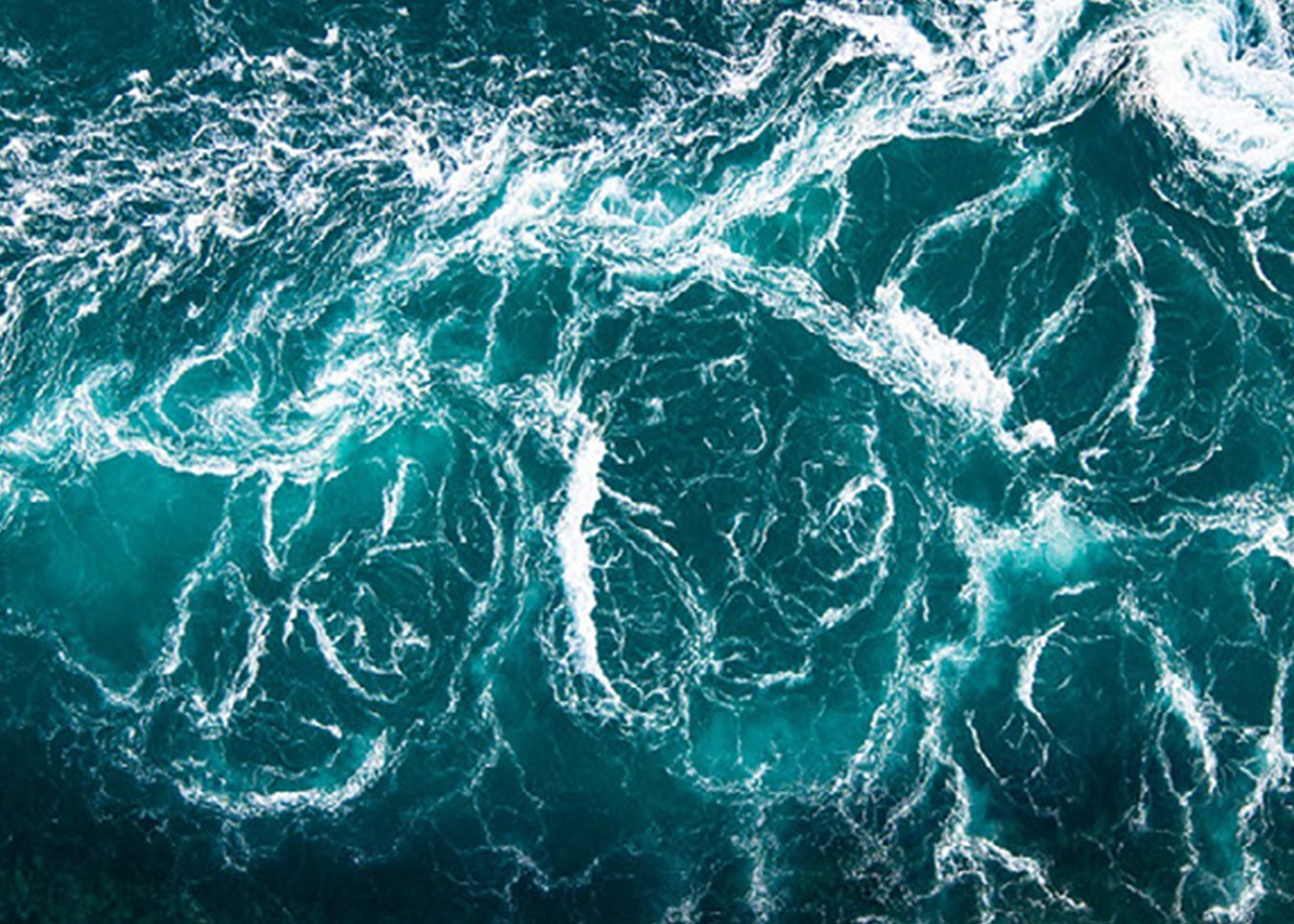 Start your day with a morning scenic flight over the beautiful Prince Frederick Harbour before landing at the famous Mitchell Falls. The three-tiered falls are one of the Kimberley’s most impressive natural sights. Arrive back onboard for a cruise up to Bigge Island to view some local rock art caves. Cruise overnight to Vansittart Bay.

Start the day with an early with a walk to exquisite rock art galleries presumed to be thousands of years old. Explore various sites and search for rock art galleries seldom seen by anyone. The Kimberley region of Western Australia is renowned for the Wanjina figures painted on rock walls, a tradition dating back thousands of years. The Wanjina Ancestors are responsible for bringing rain and providing regrowth and renewal for the Aboriginal people of the area. Aboriginal art in the Kimberley region of north-west Western Australia maintains a strong regional character and unique approach to subject and image that sets it apart from all other art styles within the Aboriginal art world.
Known as the Bradshaws, this art is dispersed in around 100 000 sites spread over 50 000 sq. km of northern Australia. Although the art’s pigment can’t be dated, a fossilised wasp nest covering one of the paintings has been dated at 17,000 + years old. This makes the art at least four times older than the pyramids of Egypt! Because they are so old, they have become part of the rock itself.

Arrive in Glycosmis Bay to view several waterfalls pouring into the bay in this seasonal spectacle. Explore the bays’ surrounds for unique rock art figures before departing to the King George River. Journey up the famous King George River onboard Akiko and head to the bow of the yacht as we get up close to the falls as they pound into the river below. Spend the afternoon exploring the river by tender and take a swim in one of the freshwater pools. Anchor near the falls overnight.

After a healthy breakfast, we start the day with a hike up to the top of the falls to get a postcard view of King George River with AKIKO anchored far down below. Wander the river and view the rapids before hiking down to Akiko for a well-earnt rest.
Depart the River and explore the mouth of the river. Tranquil Bay is a picturesque lagoon with a seasonal waterfall set behind a white-sand beach. A nearby waterfall provides a welcome relief from the afternoon heat. Remain at anchor for dinner.

Arrive at the mouth of the Berkeley River before departing in the tenders to explore the numerous waterfalls and rivers set amongst the cliffs of the river.
Rendezvous with your seaplane before departing Akiko for your onward journey to Kununurra and beyond. 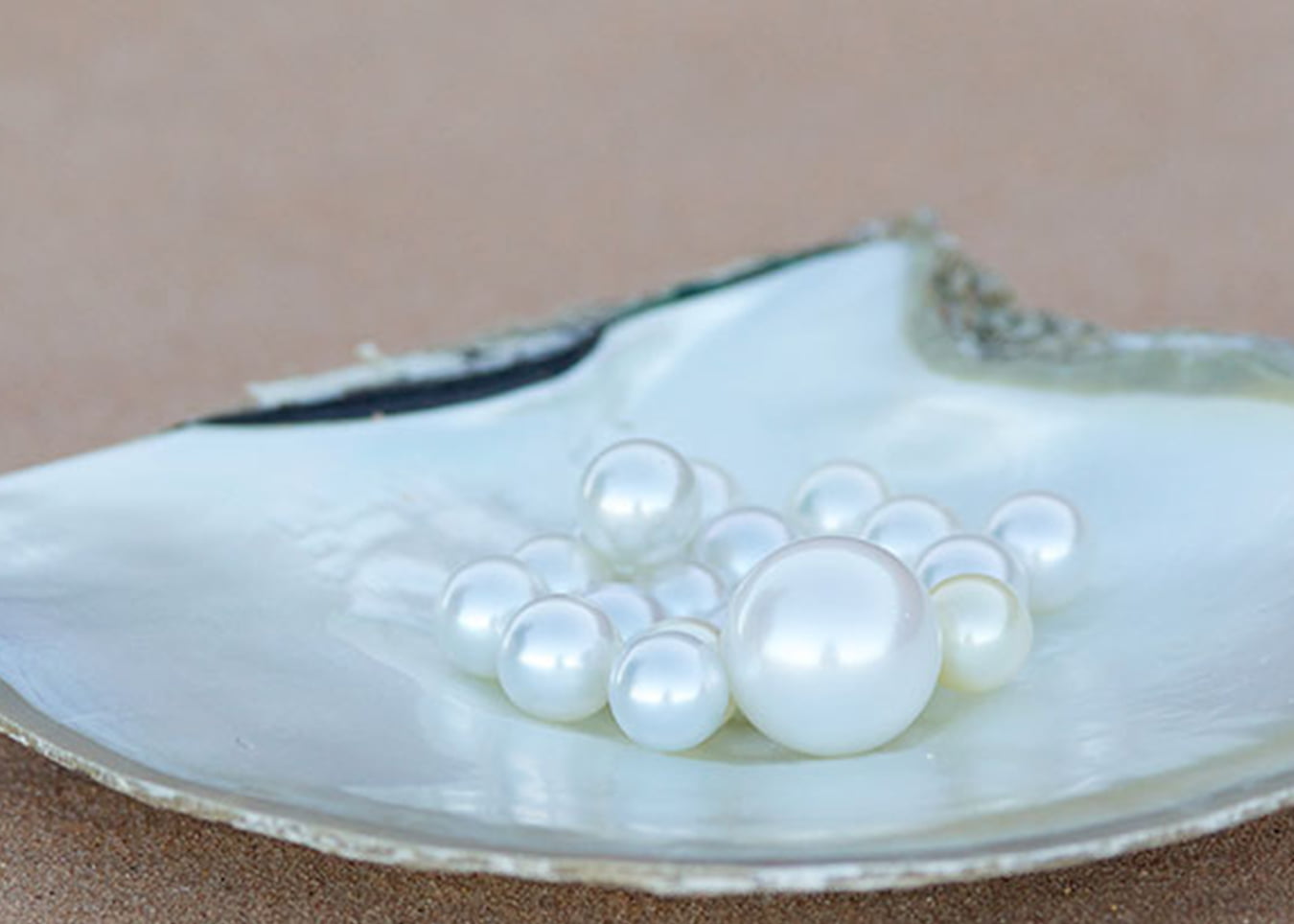 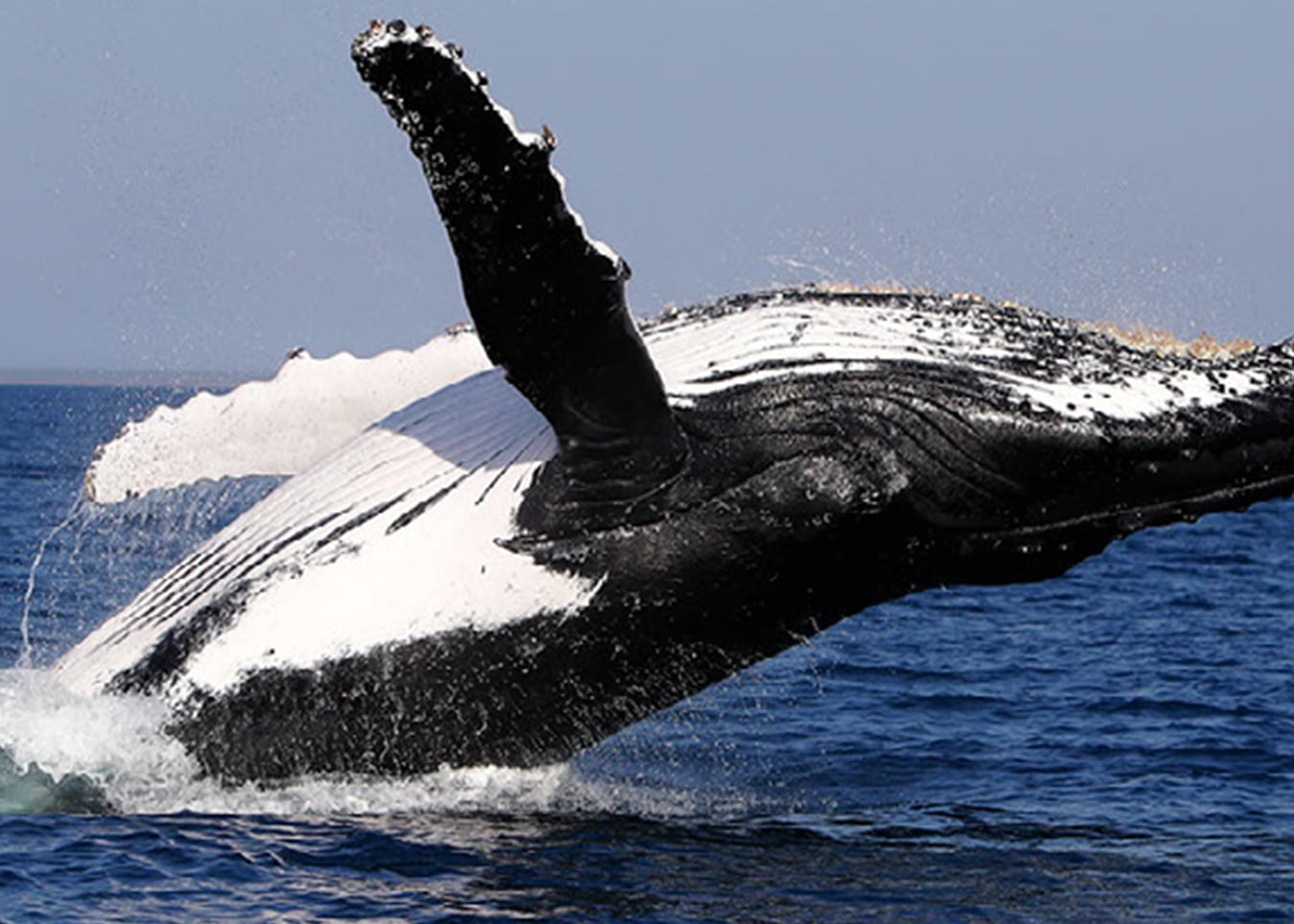 ENQUIRE ABOUT THIS ITINERARY