With a kaleidoscope of fish, pearl-white beaches and a customised experience, a superyacht charter around the Great Barrier Reef is the pinnacle of angling adventures.

A classic Aussie fishing adventure is one thing; chartering your own luxury superyacht around one of the world’s seven natural wonders is quite another. Combining the two – chasing the Great Barrier Reef’s trophy fish, while exploring the region on board a superyacht – is arguably the pinnacle of Australian sporting and beach experiences. Undoubtedly, it’s an adventure of a lifetime, for anglers of all skill levels.

As the world’s largest coral reef system, the Great Barrier Reef sprawls along 2300 spectacular kilometres, just off the coast of Queensland. With its 600-odd islands, dazzling turquoise waters and palm-fringed beaches, the reef bears all the hallmarks of a tropical paradise, cementing it as a holiday hotspot among sun-seeking travellers. But under the sea’s glassy surface is a thriving hub of activity, home to thousands of individual reefs and more than 1500 species of fish.

“With so much reef structure here, it breeds an incredible ecosystem that provides a year-round food source for fish, which also means year-round fishing,” says Dean Cooper, executive officer of Great Fishing Adventures of Australia.

That doesn’t mean the same fish are around all the time, Cooper says, but it does highlight the range of species, and in turn, the variety of fishing experiences available to guests: from serious sportfishing, catching 1000-pound (450-kilogram) giant black marlin out on the continental shelf, to reeling in tasty table fish, such as mackerel and coral trout, closer to the reef. You can even try your hand at shallow-water fly fishing in the white-sand cays of uninhabited islands. 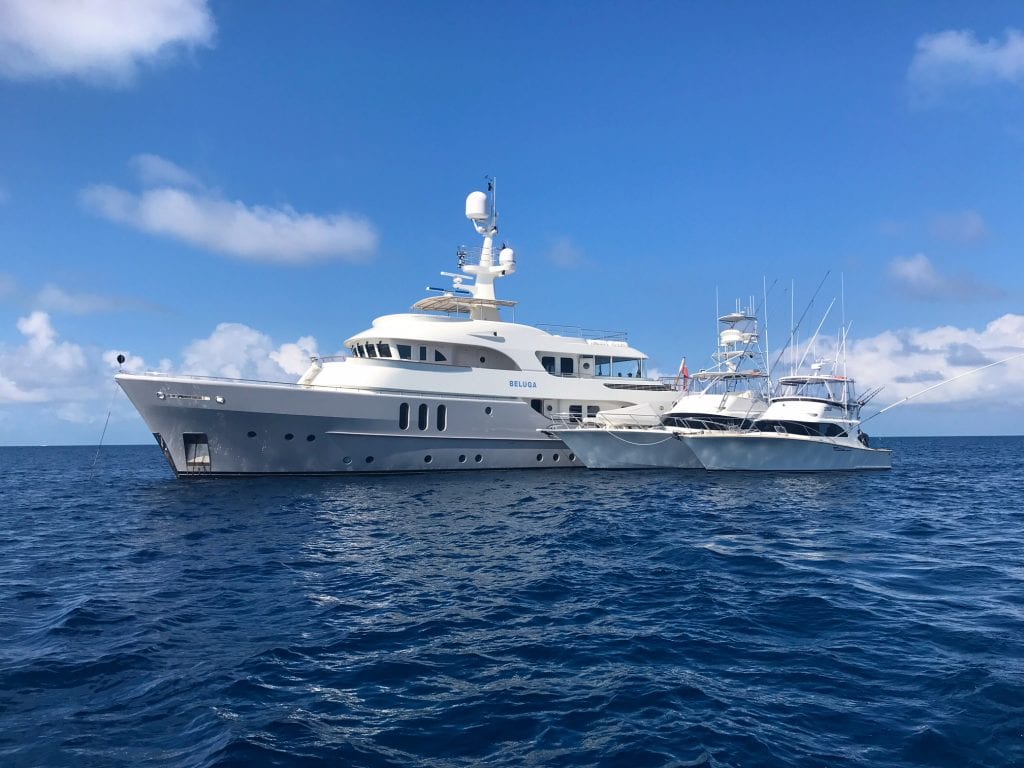 “The joy of chartering a superyacht on the Great Barrier Reef is that there’s just so much diversity, from locations to marine life,” Cooper says. “This means each trip can be totally customised to suit your preferences, skill level and interests.”

Whether you’re an experienced yachtie or yet to test your sea legs, the appeal of chartering a superyacht is simple: it’s like booking your own private hotel, which is on water and professionally skippered, so you’re never far from the action. It’s the best bits of a five-star escape rolled into one: luxury, seclusion, convenience, and a totally customised experience. You decide the guests, the locations, the activities, even the food and drinks. Superyachts on the Great Barrier Reef also come with all the trimmings you’d expect of a land-based boutique stay, including lavish onboard accommodation and a gourmet menu.

However, with most luxury superyachts on the reef upwards of 30 metres (98 feet) in size, these large vessels are often not designed to take travellers into the remote fishing locations that the reef has to offer. That’s why “mothershipping” is so popular here: a superyacht and an expert local fishing operator team up, with the larger vessel carrying the smaller, specially designed vessel (known as a centre console) to fishing hotspots. Guests can then access shallower and far-flung reaches of the reef with ease.

“Effectively, you eat, drink, sleep on the superyacht, then jump into the smaller fishing boat when you want to go out and explore the reef during the day, or cast a line,” Cooper says. 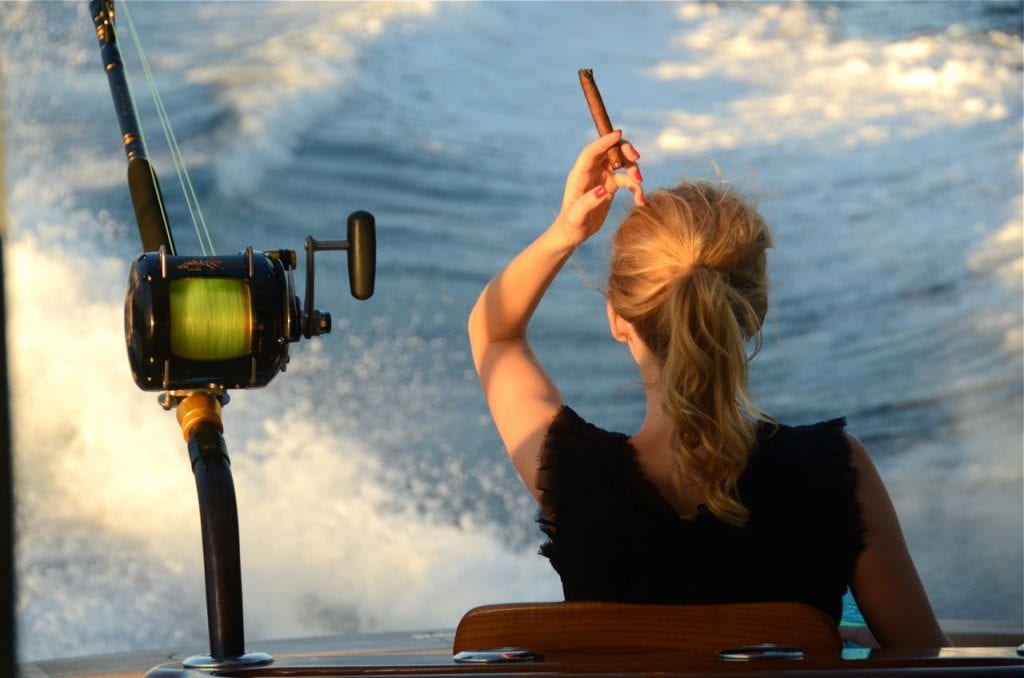 As well as having a designated fishing vessel on board, guests are guided by local fishing experts, to maximise their fishing experience.

“Hiring a local fishing guide to execute the charter is so important. A local guide will have an intimate understanding of the tide, the current, feeding patterns and tackle to fish the locations and species that appeal to you.”

“Of all the fish species across the Great Barrier Reef, few hold such blockbuster status as the giant black marlin (known as granders if they weigh more than 1000 pounds). While giant black marlin are best known to congregate around the reef’s northern reaches, they can be found all along the length of the Great Barrier Reef between September and December. Nobody is better experienced to help you reel in this bucket-list catch than Kelly Fallon, who together with her husband, Luke, runs Kekoa game fishing charters in various locations across the reef throughout the season – usually in its northern waters around Cairns until mid-November, before moving south.

“The Southern Great Barrier Reef offers a truly untouched natural experience – it gets further away from the coastline, which means even cleaner water,” says Kelly, who is also a champion game and estuary fisher, a photographer, and author of the Black Marlin Blog, one of the most widely read game fishing websites in Australia.

“As a result, there’s a magical combination of warmer water species more typical to the north, as well as cooler and deepwater species, which means it’s an incredible place for blue marlin, striped marlin and spearfish, as well as black marlin and large yellowfin tuna.”

Kekoa is based in Hervey Bay, less than 300km (186 miles) north of Brisbane, but Kelly says nearby fishing hotspots such like Lady Musgrave Island and Lady Elliot Island (popular for the late-season giant black marlin in December) as well as the Frederick, Wreck and Kenn reefs (for bluefish and yellowfin tuna) can often be visited without another boat in sight.

You can learn from her expertise on a personalised charter aboard the 17-metre (56-foot) vessel, Kekoa, custom-built for big game fishing. Kekoa partners with a number of local superyachts, including Spirit Luxury Charters, Beluga, and Atlantic Princess, which range in size and price.

In the heart of the Great Barrier Reef, in the iconic Whitsundays archipelago, Renegade Fishing Charters operates from Airlie Beach (about 1100km, or 680 miles, north of Brisbane), and offers a holistic experience of this natural wonder.

“Not only do we showcase the world-class fishing, we also like to highlight the natural beauty of this region by offering our guests other ways to experience it, like snorkelling, diving and island hopping,” says born-and-bred local, Luke Griffiths, who runs Renegade with his wife, Allira.

“We also do coral reef atoll drop-offs, where guests can take one of our tenders [smaller boats] to the remote coral or sand islands to explore or fish.” 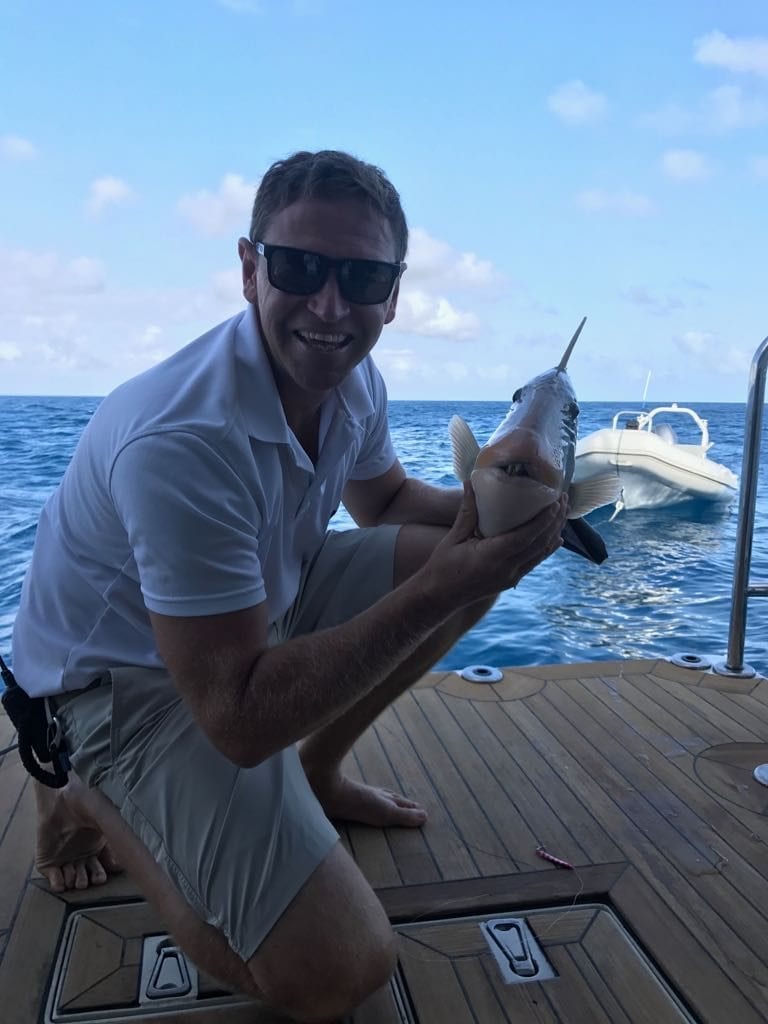 With at least three fishing vessels and two tenders on board the mothership, the Renegade crew can easily accommodate guests’ interests. And the mothership is quite a place to retire to after a day exploring the reef. The 33-metre (108-foot) Elizabeth E II is fitted out with 10 luxuriously appointed ensuite cabins, and features spacious dining and lounge areas, while an onboard chef and licensed bar ensure a decadent experience.

Further north, in tropical Port Douglas (68km north of Cairns), another husband-and-wife duo, Nick and Megan Milford, run East Coast Angling, guiding guests to sportfishing locations that are as remote as they are spectacular.

“The Northern Great Barrier Reef has been perched on a fishing pedestal since the early 1960s, primarily for the reef that runs from Cairns to Lizard Island – one of the world’s most productive Black Marlin grounds,” Nick says. “It’s a place that still really gets the travelling angler excited.”

With a focus on sustainability, East Coast Angling caters to an array of skill levels and fishing preferences, from chasing permit, blue bastards, golden trevally, queenfish and giant trevally with serious saltwater fly fishers, to guiding leisurely family groups to secluded bays to experience the thrill of their first catch.

There are three custom-built centre consoles in the East Coast Angling fleet, which allow the crew to explore every corner of the reef in search of your chosen trophy fish. The mothership is the 24-metre (80-foot) MV Savannah. It features a spacious timber interior with all the creature comforts of a hotel, including full galley, lounge area and saloon, picturesque deck, state-of-the-art audio-visual systems, plus three private cabins.

“For us, it’s about making sure we understand exactly what our guests are after, what outcomes they want for their trip,” Nick says. “Then our job is to draw together our resources to help make that dream catch a reality for them.”