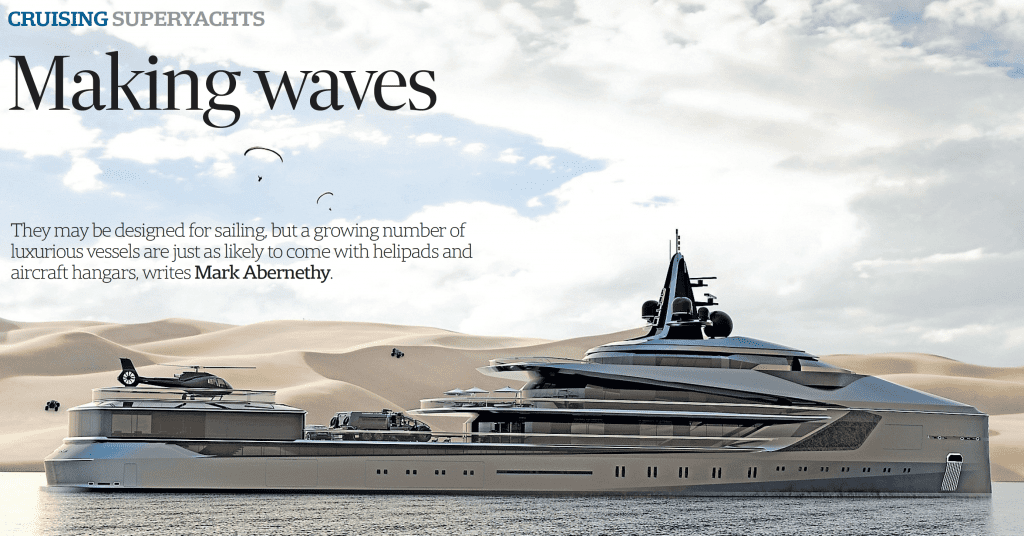 Forget playgrounds for the rich and famous: if you want to play with today’s one-percenters, you’ll need a portable plaything with lots of toys. Take Suri, one of the vessels on show at last month’s Superyacht Rendezvous on the Gold Coast. The 63-metre American-owned Superyacht has a helicopter on the after-deck helipad, and a seaplane and a full nitrox diving set-up in the hangar below–along with a fleet of jet skis, a vintage mahogany sailboat, a12-metre tender and an 11-metre classic Stan Craft. All of it is hoisted on and off the decks with an eight-tonne crane. Superyachts are defined as more than 24 metres in length and, unlike a leisure boat, they are professionally operated by a captain and crew. They typically house their guests in luxury cabins with ensuites, and may also have spa pools, swimming pools, gyms, media rooms, saunas and cinemas. They have crews of at least eight but the ‘‘giga yachts’’ carry as many as 100. At the affordable end of the spectrum might be a 30-metre Italian superyacht built ‘‘on spec’’ by the shipyard – without being ordered or customised – for as little as $US 10 million ($14.4 million). A custom-built vessel over 150 metres in length, however, costs at least$US500 million, with notable examples being the 180-metreAzzam($US845million), the 163-metre Eclipse ($US643 million) and the 162-metre Dubai, which carries 88 crew and is valued at more than $US 560million.

In German shipyards, 250-metre superyachts are under construction. These “white boats” have helipads and hospitals, lap pools and elevators, and cost 10 to 15 percent of their value a year to run. But for all their association with oligarchs, sheiks and IT billionaires, the superyacht industry is changing and broadening – opening up economic opportunities for Australia as a more adventurous generation become owners and the northern superyacht fleet starts to explore the Pacific. For a start, there are more superyachts about. The venerable superyacht-builder Benetti has built 350 since 1873, including 77 In 2017 and 97 in 2018. There are 3000 to 3500 superyachts on the seas–most of them in Europe, the United States and the Caribbean. Second, as the fleet burgeons, typical owners and users are in flux, as are the routes. One trend is the movement of white Boats from the Mediterranean and Caribbean into the Indian and Pacific oceans. This was behind the decision by Benetti to open an office in Hong Kong five years ago. The general manager of Benetti Asia, Peter Mahony, was at the Superyacht Rendezvous, Because Benetti has just licensed the Gold Coast City Marina and Shipyard (GCCM) as its first accredited refit facility in Australia. 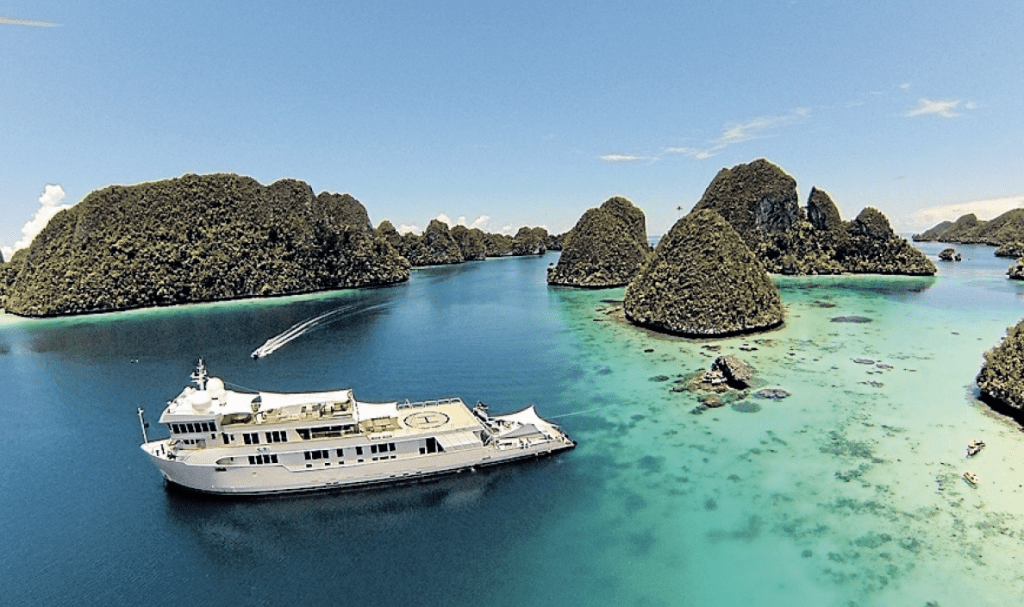 “The world’s wealth, in general, is moving south and east, which means the market or Superyachts is moving too,” says Mahony. “We support our boats in the right time zones, which now includes the Pacific.” Benetti’s famous superyachts range from 29 metres to 107 metres (one of the latter built for James Packer), and varying price from $US 10 million to well over $US 100 million, although accurate pricing is difficult because the boats are bespoke, and the builders don’t discuss prices. Mahony says Benetti’s arrival in Australia signals an acceptance the Pacific is a new marine playground for the super-wealthy, and Australia is a natural service and refit hub. “The owners of superyachts are mostly interested in time – that’s what they’re buying. Time with their families, time with their friends, time doing whatever they want to do, ’he says. “You need a lot of marine and tourism infrastructure to make It happen infrastructure to be a maintenance hub for the South Pacific.” Mahony says the industry has grown exponentially in the past15 years, moving from “pioneer’’ to ‘‘mature’’ very quickly. One change is the fact that so many superyachts are now available for charter, as ultra-high-end tourism expands. There are also changes in ownership demography: where there were once spa pools and saunas, many owners are installing medical centres with hi-tech medical equipment. An elevator might take up the room once used as a gym. Younger owners are just as likely to use their superyachts for an adventure or expedition cruises in places where there are no Joneses to keep up with. Some superyachts carry a lot of equipment in pursuit of activity cruises and eco and cultural tourism. 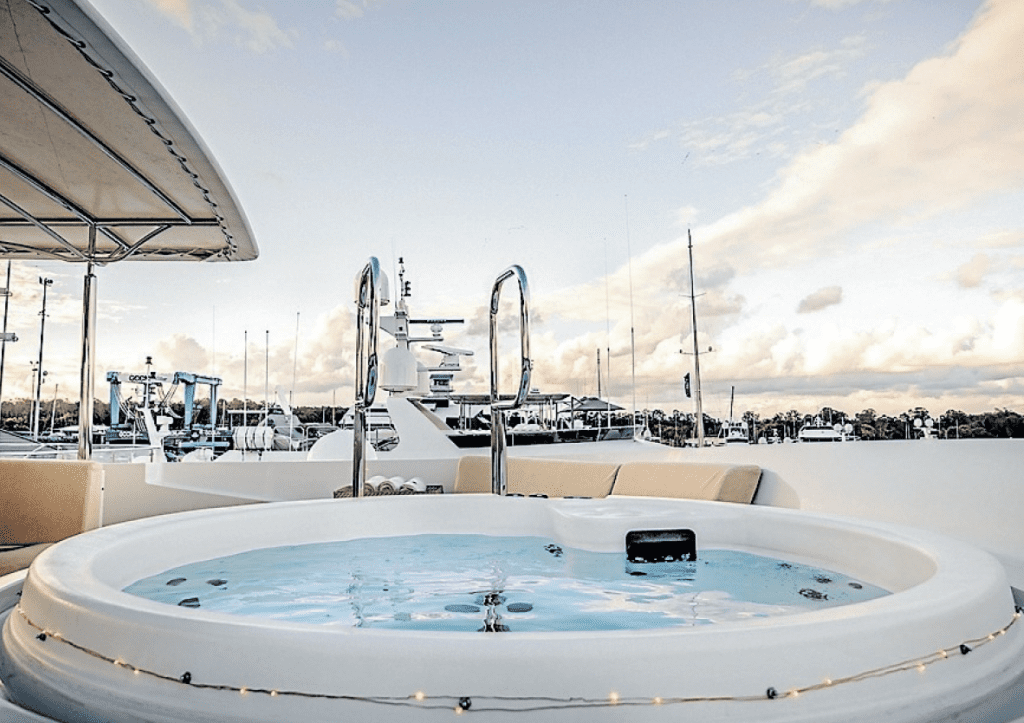 The Dutch boat building company Oceanco has a new 105-metre Esquel class superyacht that carries two submarines, a helipad and a fleet of inflatable rescue boats. Other superyachts are involved in philanthropy and disaster aid or support archaeological endeavors such as exploring shipwrecks. Suri’s master, Juan Koegelenberg, oversees 18 full-time crew, which expands when pilots are required for the plane and helicopter, and when operators are needed for the under-ice submarines. “This boat has had three major refits because the owner is always looking for ways to make it better, “he says. “It’s been built to go anywhere, from the tropics to Antarctica and everywhere in between, in great comfort.” Suri, classified as an expedition superyacht, can motor from the Gold Coast to California and halfway back on one full tank of diesel. There is a mini-hospital on board and the owners’ cabin is the size of a hotel room, with two ensuites. Koegelenberg says the difference between a normal superyacht and one designed for expeditions is the owner- crew interaction. “On most white boats, the crew is never seen. On Suri, each crew member is responsible for a leisure activity, so this way we get to know each other.”

Also, at the Superyacht Rendezvous was the 35-metre superyacht Beluga, built as an expedition vessel. It has a nice-breaker hull, making it perfect for the North Pacific and the Southern Ocean, although it does a lot of its charter work out of Cairns as a ‘‘mothership’’ during the black marlin season, and also does charter cruises into the South Pacific. Its weekly rate is $88,000. Superyachts are niche but they are worth around $2billion a year to the Australian economy, according to a report commissioned by Superyacht Australia. The white boats could add an extra $1.2 billion a year by 2021 if certain tax and regulatory problems are resolved, the industry argues. Those problems revolve around Australia’s control permits, issued to foreign-flag private cruising boats. If the foreign superyacht is for charter, it can be a luxury tax. The Superyacht Australia study estimates south-east Queensland would see a benefit of $724.3 million from superyachts by 2021 with the tax system unchanged, but $1.13 billion if they were not slugged with taxes. 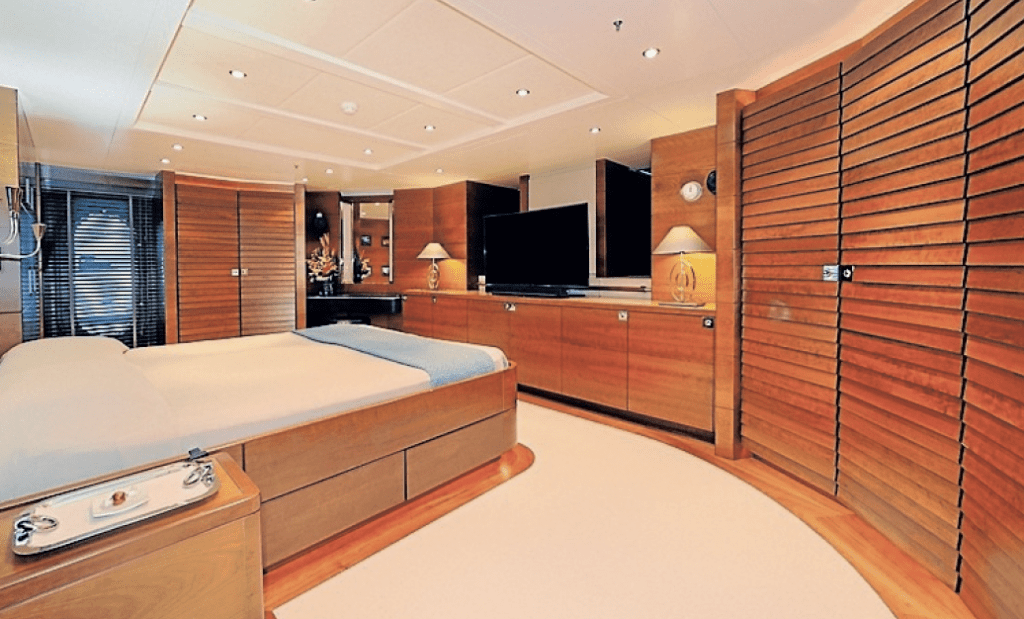 While the economics of superyachts are driven by their operating and maintenance needs, their guests are famously lavish. The report found that in 2016, foreign guests on superyachts spent “an estimated $15,000 to $25,000 a day on land in Australia, in the days before and after their cruise. This includes an average of $7500 for luxury goods and services, such as jewellery, clothes, food and drinks.” They also take private jets to Uluru, explore the Kimberley in fleets of helicopters, fly into wineries, order wine by the pallet and dine with private chefs in their exclusive lodges. You don’t need to own a superyacht to enjoy one, but you need a functioning wallet. The popular 40-metre Silentworld, based in Sydney, is available for charter.

It has eight crew servicing up to 12 guests in six staterooms and cabins. There are four decks, a spa pool, rosewood-lined salons and a hotel-like kitchen. Silentworld’s master, Michael Gooding, says it charters for $130,000 a week plus the overheads of fuel, food and alcohol, for which you put down a deposit. “The entire experience is bespoke,” says Gooding, who grew up working on his family’s prawn boats. “We design the cruise around what they want to do and where they want to go. We stock the kind of food they like and what they want to drink. The ultimate cost depends on whether they’re drinking Veuve or Cristal.” Silentworld’s guests are Americans and Europeans, with parties from Australia, China and Japan also in the mix. Guests don’t partake in “crossings” – instead, they fly into a port where they meet the boat. 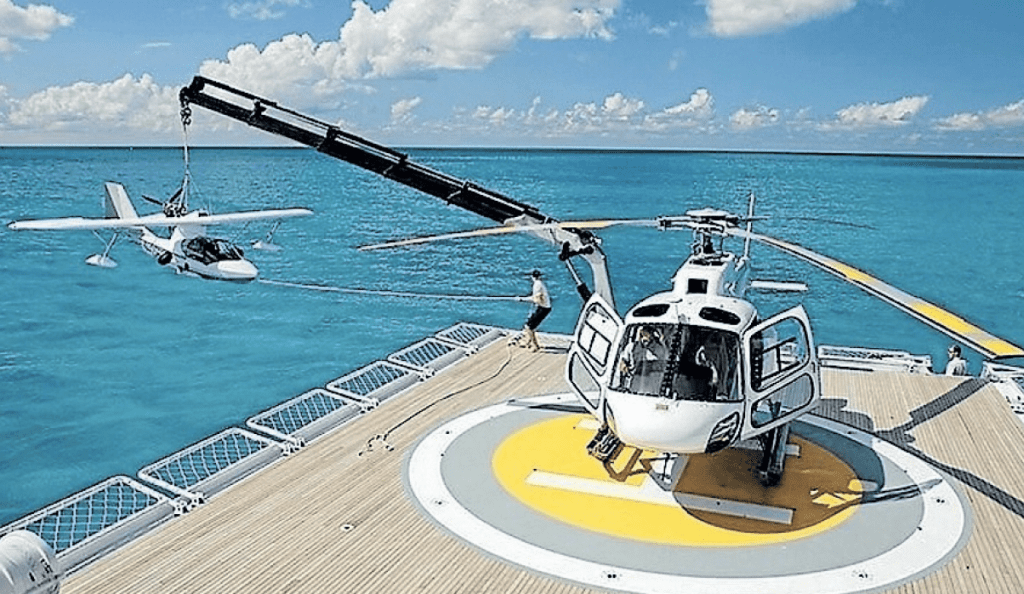 Gooding says they enjoy cruises through the Whitsundays, the Great Barrier Reef and around French Polynesia. But increasingly, they want to spend time with locals, visit places that don’t have tourism infrastructure and do philanthropy. “We go out to islands where there is great poverty, and some guests want to give something to the villagers,” says Gooding. “We have guidelines – it’s not appropriate to give items that change the character of a community.”

The question of the ultra-wealthy wanting to conduct philanthropy from their superyachts is so fast-growing that guides have been produced. Hillary Buckman, managing director of maritime publisher Ocean Media, has a guide for superyachts in the South Pacific in The Great Southern Route. It suggests: take a local guide on philanthropic voyages, don’t give alcohol, and don’t clean out local shops. “With increasing superyacht activity in the South Pacific, you have very wealthy people from Europe and the US coming face to face with real poverty,’’ she says. ‘‘The visitors feel moved and they want to give something, but it has to be done properly.