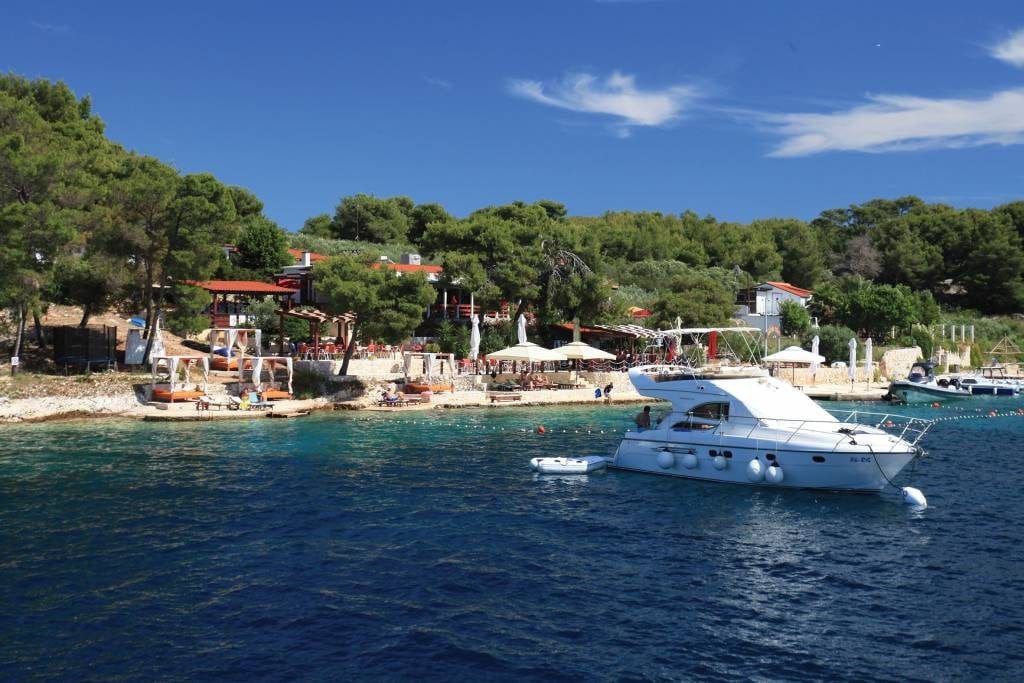 Cruising the Mediterranean in summer, a destinationust that reigns supreme among the world’s best places to set sail in luxury.

Today begins with your luxury motor yacht pulling into a quaint marina amid a colourful kaleidoscope of fishing boats bobbing beneath a sparkling Mediterranean sun. Ashore, village roads give way to charming cobblestone paths leading past quaint cafés and shops selling one-off curios. Only yesterday, the calm blue waters and soft breezes transported your vessel to a land of historic castles and tomorrow they will deliver you to the centre of European glamour that is Monaco…

This rosy picture is not a daydream. It is a journey that from now until October can easily come true. Such days are typical of a vacation cruising the Mediterranean in summer, a destination so saturated in culture, style, food, art and scenery that it reigns supreme among the world’s best places to set sail in luxury.

The Mediterranean is surrounded by popular European summer destinations such as Spain (where Roberto Cavalli opened a luxury club in Puerto Banus), France, Monaco, Italy, Greece and Croatia. Cruising itineraries tend to cover either the East or West Med, with the east offering the delights of Venice, Istanbul, the Greek Islands, Athens and the Black Sea. West, an itinerary can also meander from Italy, France and to Spain then also include the diversity of Morocco and Tunisia’s Arabic cultures. 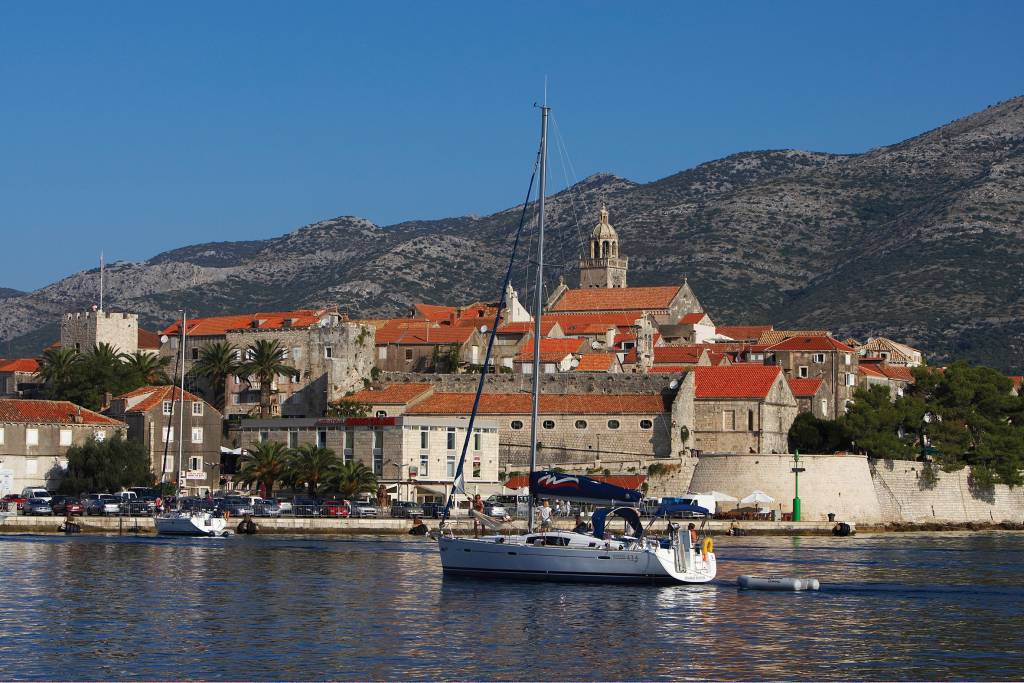 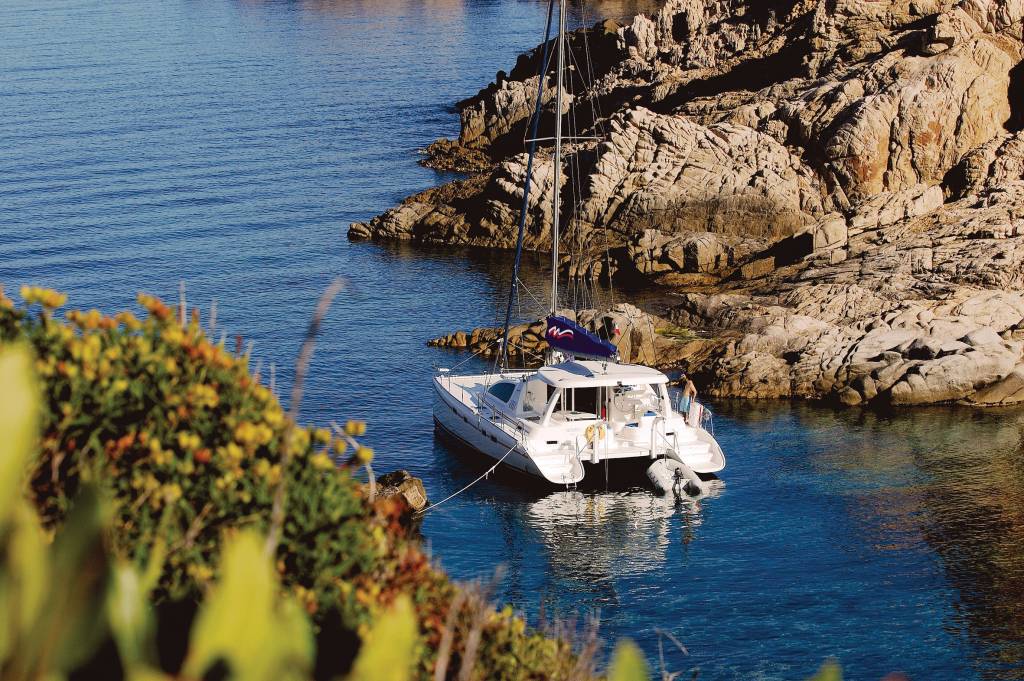 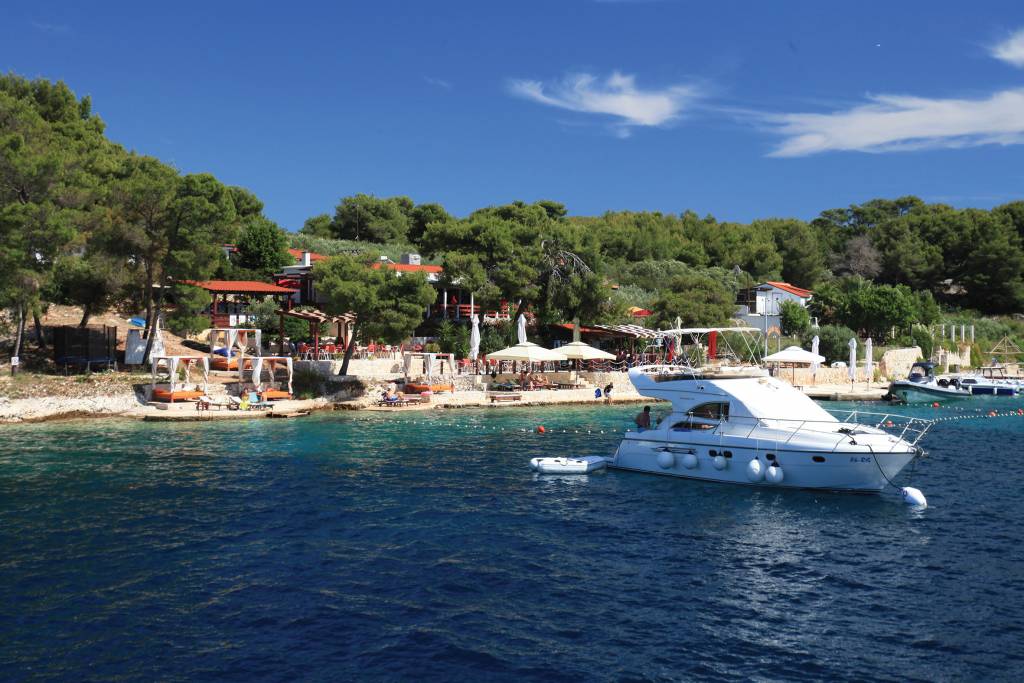 Spain’s Barcelona, Italy’s Portofino and stunning Cinque Terre region are on virtually all Eastern Med itineraries as well as the Amalfi Coast and Capri.

The highest glamour factor however is found on the French Riviera. This legendary coastline serves up Nice, the principality of Monaco and Monte Carlo, Cannes, Antibes and St Tropez. Many ports are in close proximity, so for instance it is possible to spend a day in Nice, soak up culture at the Matisse Museum and still arrive in Monte Carlo in time to roll the dice at one of Monte Carlo’s four renowned casinos.

Nice and Monte Carlo also rank top of the list for shopping (as well as sheer fabulousness), while the historic port of St Tropez oozes an old money vibe that attracts the jetset and offers excellent everything from beaches to restaurants and hotels.

With so much on offer, choosing where to go in which vessel can seem overwhelming. Fortunately, Australia has several companies with expertise in Mediterranean luxury cruising and, importantly, access to the ultimate choices money can buy.

It is hard to beat the inside knowledge possessed by Ocean Alliance’s charter division manager, Laurie Foulon, a French native who has lived and breathed life in the Mediterranean, and David Reid from The Moorings. Such outfits offer the kind of super yachts used by celebrities and high net worth individuals who frequent the Mediterranean. Ocean Alliance, for instance, has access to more than 1,400 of the globe’s best, most opulent and modern vessels and motor yachts available for charter. The Moorings also offers a full range of craft, ranging from Beneteau to Leopard catamarans, all specifically built for charter and with so many mod cons they become a “home away from home” says Mr Reid. Vessels can be provided with the services of a captain and as many staff as you choose, as well as gourmet chefs.

Monaco, on the French Riviera, is the must-see Mediterranean destination for most visitors. Port Hercules is party central, with one of the most happening nightclubs, Jimmy’z. Ms Foulon says, among the most exquisite restaurants are Beef Bar in Fontvieille, the supreme fare by Joel Robuchon at Metropole Hote and Alain Ducasse’s La Trattoria. Trattoria is also notable for offering stunning views. For an outdoor lunch, it’s hard to go past the roof terrace of Monte Carlo’s Oceanographic Museum.

Spa treatments excel at Monte Carlo’s Les Thermes Marin where a day pass is available to a gym, pool and terrace, and ESPA in the Metropole Hotel. Major Monaco attractions to include are the Princes Palace, the private residence of the ruling Prince, open to public this season from April 2nd to October 31st, and Saint Nicholas (or Monaco) Cathedral, where many of the Grimaldi’s, including Grace Kelly and Rainier III, are buried. Away from the indoors, a must are Monaco’s magical gardens.

The 7000 square metre Japanese gardens emulate a larger landscape with a hill, mountain, waterfall, beach and brook while the Jardin Exotique is on the side of a cliff and home to more than 1,000 cacti species, a collection started at the turn of the 20th century. But the best part of Jardin Exotique is the panorama of the principality and the French and Italian Riviera.

Further along the French Riviera, Ms Foulon tips one of the best (if not the best) beaches is Plage Mala, Cap d’Ail. The sandy stretch  leading to crystal blue water is often voted the most beautiful on the Cote d’Azur. The beach bar and restaurant here make this place particularly hard to leave. If the Cote d’Azur becomes too crowded for your liking, Ms Foulon says those in the know head to the Porquerolles Islands, a short cruising distance from St Tropez.

From the French Riviera, sail on to Corsica, where a day can be spent at paradisiacal beach Plage de la Rondinara and followed by a foray into the chic haven of Calvi, well known for it’s bewitching nightlife. On neighbouring Sardinia, Ms Foulon says one of the most stunning locations is the 20km-long coastal stretch, Costa Smeralda, on the island’s north east. Costa Smeralda is filled with white sand beaches and rocky coves flanked by stylish hotels and restaurants brimming with the freshest of seafood and cuisine. With its artisan traditions, this sliver of Sardinia is where to find lovely local handicrafts. 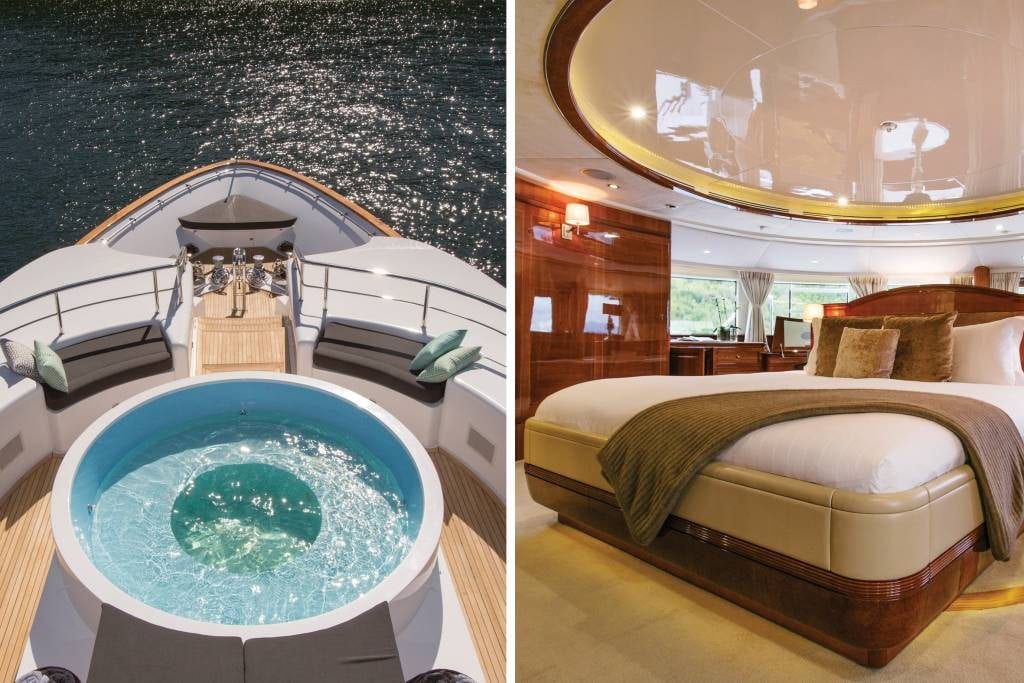 The deck of MASTEKA 2 & the master suite of SOVEREIGN

Croatia is the most requested destination in recent times, says Mr Reid, which is why The Moorings has bases now in both Dubrovnik and Agane. As with all high-end charter operations, your wish is their command. “We can go wherever the clients want,” he says, “we’re not on a schedule.”

Montenegro, bordering Croatia, has emerged as a luxe Med hot spot, even being tagged ‘the next Monaco for yacht charters’.

All good things must come to an end, and nowadays the final months of summer in the Mediterranean are heralded by two large and equally prestigious events, the Monaco Yacht Show and sailing regatta Les Voiles de Saint-Tropez. If you find yourself at the regatta, be sure to ring out the final evening at Le Club 55 on Pampelonne beach or Byblos Hotel’s Les Caves du Roy nightclub.