“In this project we will meet to collectively make a big difference in the environmental struggle.”

Norwegian billionaire Kjell Inge Røkke has profited from offshore drilling. But now the businessman, who started as a fisherman, wants to give back with a colossal yacht for marine research. The vessel will be able to scoop up around five tons of plastic every day, and then melt it down – all in yet another private effort to help clean up the ocean.

Røkke, who’s worth around $2.6 billion, owns almost 67 percent of shipping and offshore drilling conglomerate Aker ASA. But now he’s contracted a 595-foot Research Expedition Vessel (REV) to be built by VARD and designed by superyacht designer Espen Oeino. Scientists and marine researchers will be invited aboard to study and innovate around issues like climate change, overfishing, plastic pollution, and extraction, according to owner Rosellinis Four-10, a subsidiary of the Røkke family company TRG.

Rosellinis Four-10 will collaborate with none other than World Wildlife Fund (WWF) Norway, who will manage the ship. Aboard, scientists will have access to laboratory space, sea and air drones, an auditorium, two helipads, and an autonomous underwater vehicle. 60 scientists and 40 crew could travel aboard the immense ship. According to Yacht Harbour, the REV will be largest yacht in the world – it will narrowly beat out the 592-foot Azzam yacht rumored to be owned by a member of the Abu Dhabi royal family.

You may be wondering about the carbon footprint of such a massive ship. According to VARD, environmental performance was important in the vessel’s design. The REV will be equipped with an “energy recovery rudder system, medium speed engines, a direct drive diesel-electric propulsion system with battery package, and an exhaust cleaning system.” An energy management system will also help the crew lessen the REV’s carbon footprint. 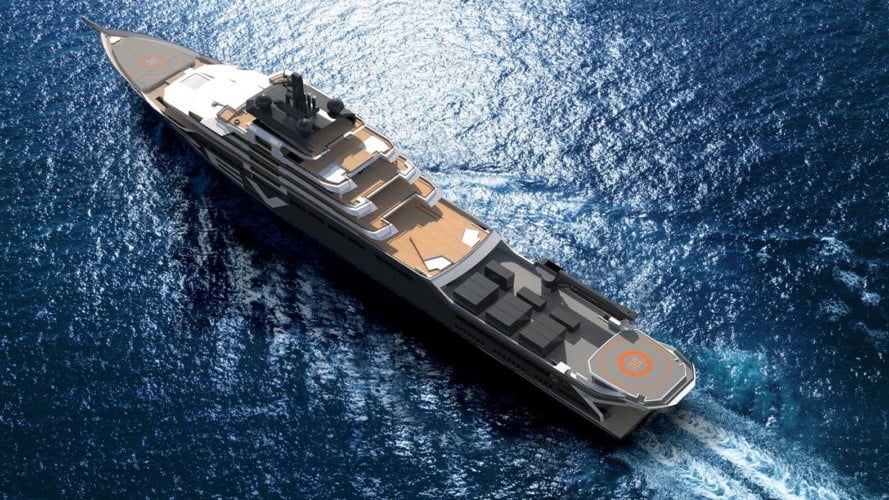 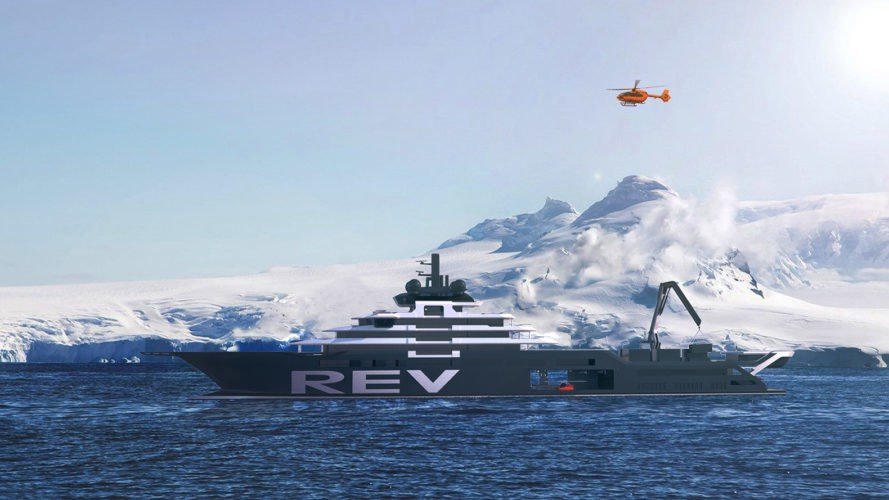 Røkke told Oslo’s Aftenposen publication, “I want to give back to society the bulk of what I’ve earned. This ship is a part of it…sea covers 70 percent of Earth’s surface and much is not researched.”

He’s given WWF Norway total independence over the REV’s mission. WWF Norway Secretary General Nina Jensen told Aftenposten they may disagree over oil, and the organization is willing to challenge Røkke when they disagree, “but in this project we will meet to collectively make a big difference in the environmental struggle.”

In July 2017 Ocean Alliance started ‘Sea-through – The Superyacht Beach Clean Project’, our initiative to clean up the beaches of Sydney Harbour from plastic pollution. We are so proud to have over 40 yachting industry professionals contribute to our course.