As 2017 comes to an end, here is a breakdown of the Australian yacht market and the developments Ocean Alliance have enacted. It serves to give a better understanding of the value and benefit the Australian market brings to the global yachting industry.

Two leading yachts have recently been launched for Australian owners – CRN’s M/Y CLOUD 9 (which was on display at the 2017 Monaco Yacht Show) and Feadship’s M/Y HASNA. Aside from these launches, Gulf Craft delivered M/Y GHOST II to a Sydney Owner in 2016 and a number of brokerage yachts have been purchased by Australians including the 40-metre Mondomarine, M/Y INFINITY PACIFIC, and 34-metre Alloy Yacht, M/Y AKIKO – both of which are managed by Ocean Alliance for charter. 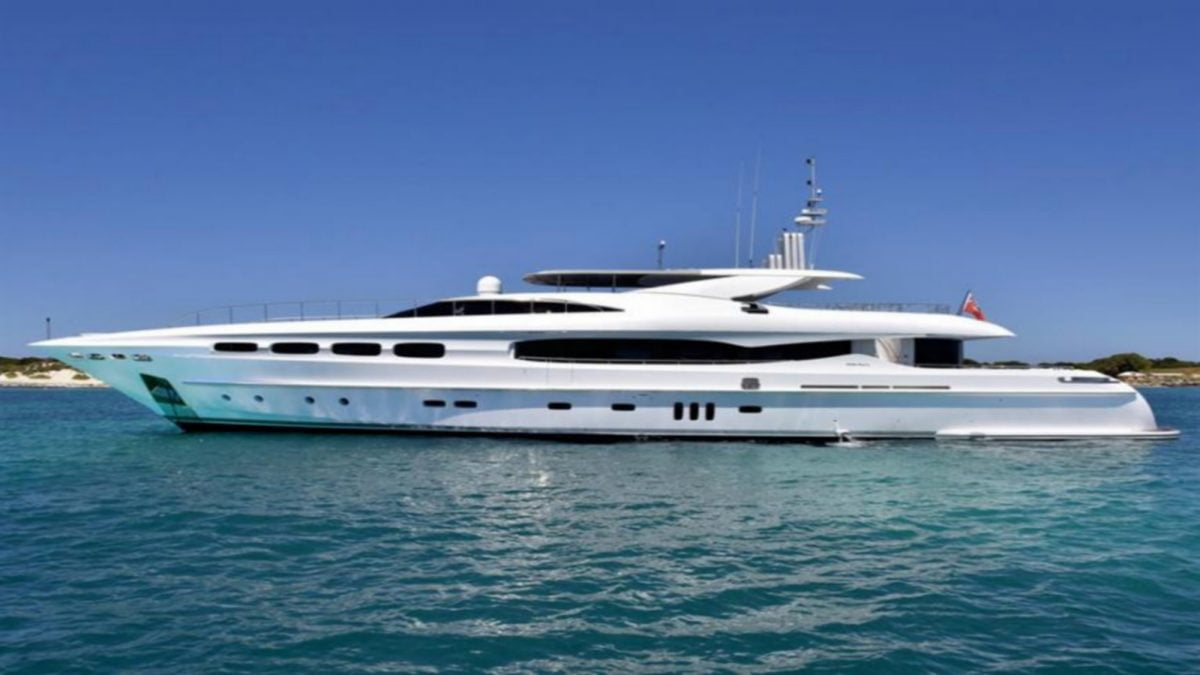 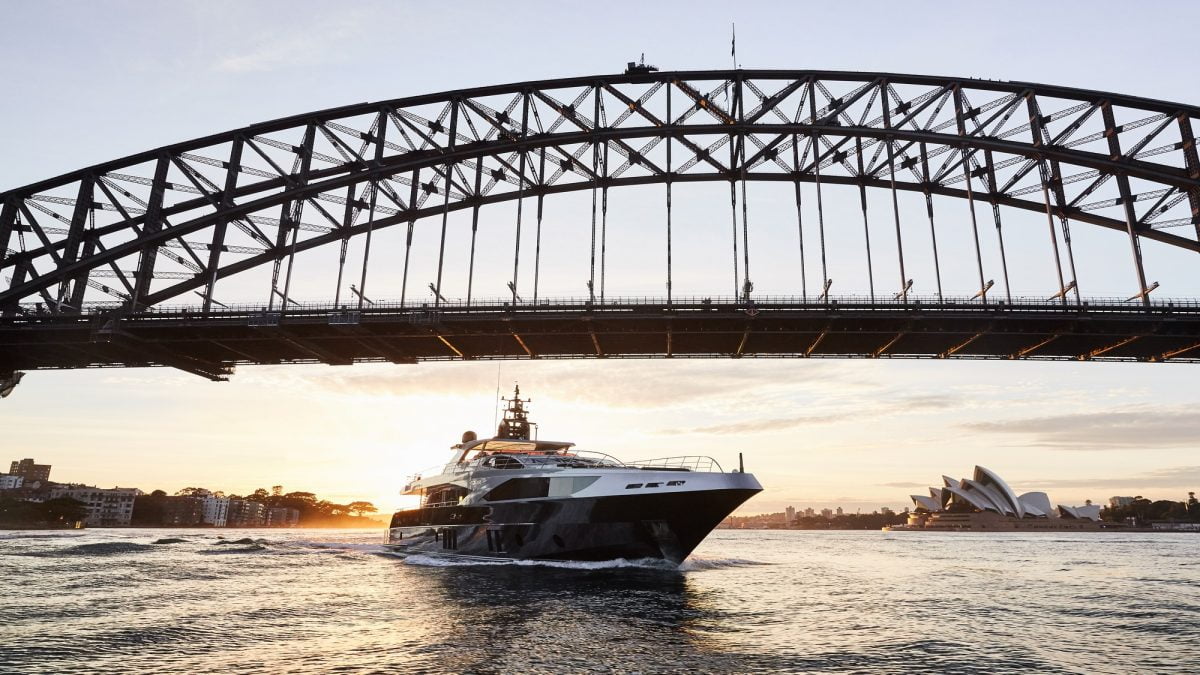 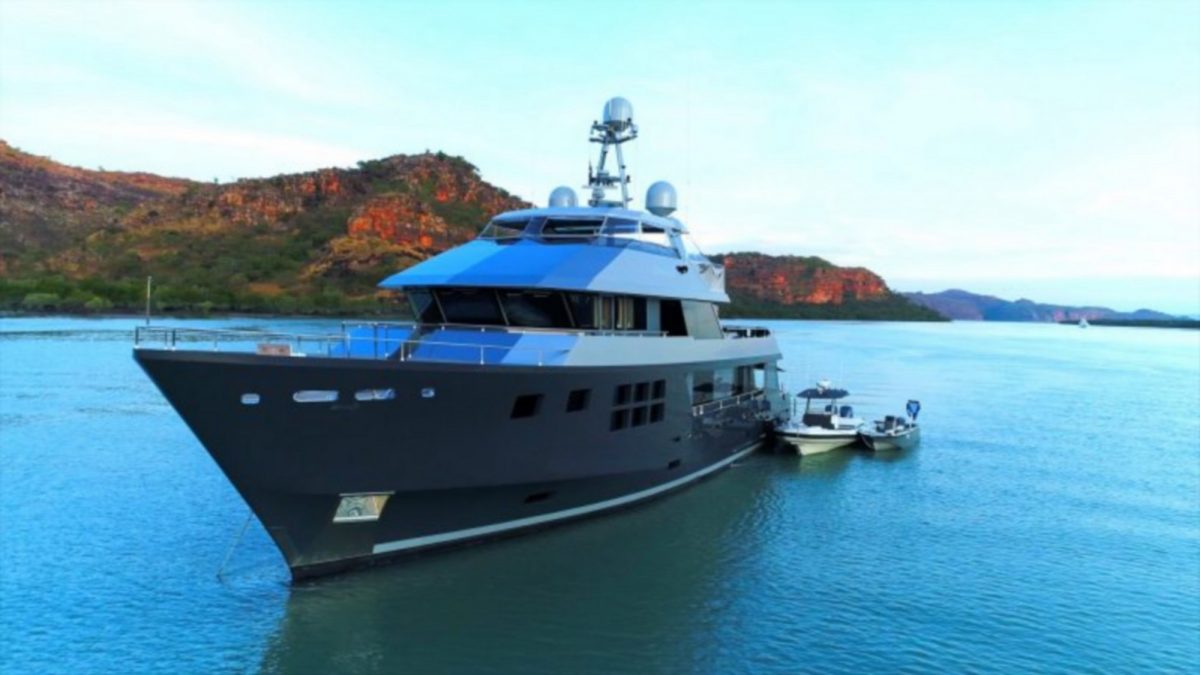 There is a long boat and yacht building heritage in Australia through the likes of Oceanfast. Unfortunately, there was a sharp decline in activity which recently has reversed to make small gains. The lion’s share of yacht building in Australia is in Perth shared between Echo Yachts and Silveryachts.

Echo Yachts launched the 46-metre M/Y CHARLEY which is the support yacht to the 86-metre trimaran, M/Y WHITE RABBIT GOLF, currently in construction. Aside from being the largest yacht ever built in Australia, M/Y WHITE RABBIT GOLF it is also the world’s largest aluminium Trimaran and has her exterior and interior styled by Sam Sorgiovanni.

Silveryachts are also developing their own yachting product with the 85-metre M/Y Silverloft. The explorer style is a collaboration with renowned designer, Espen Øino, for maximum efficiency.  Whilst the yacht was under construction, Silveryachts and Espen Øino announced a new investor in Hong Kong – listed Aluminium Group China Zhongwang. This new partnership should allow the yard to increase efficiency in construction material making their yachts some of the most exciting, glamorous and cutting edge.

Aside from Australia having some of the most magnificent and undeveloped coastlines in the world, it should come as little surprise that a thriving charter market has evolved.  A number of yachts ranging from 30 to 45 metres are cruising much sought-after destinations such as Sydney Harbour, The Whitsunday Islands, The Great Barrier Reef, The Kimberley, Ningaloo Reef and Tasmania.

Ocean Alliance holds the CA’s to Australia‘s leading charter yachts and has added three new yachts to the charter market so far in 2017 – M/Y AKIKO, M/Y AURORA and M/Y INFINITY PACIFIC. Demand has grown in part due to the accolades received at the World Superyacht Awards in Florence when The Kimberley region and M/Y GLAZE (a privately owned Trinity) won the Voyager Award.

Once reluctant Government agencies are now working hand in hand with the Australian yachting industry to grow charter. Tourism Australia has supported and will continue to support Ocean Alliance to host international brokers and media on familiarisation trips on Australian yachts – to both the Whitsunday Islands and The Kimberley. The Great Barrier Marine Park Authority has also designated 21 new dedicated superyacht anchorages in the Whitsunday islands to give safe and exclusive harbour to cruising yachts up to 70-metres.

Further afield, the team also forged into new cruising grounds such as New Caledonia. Ocean Alliance launched M/Y MASTEKA II into the South Pacific charter market as the first yacht to obtain a commercial cruising licence for New Caledonia – a destination for charterers wishing to explore the “real South of France” in the exotic paradise. A short familiarisation trip took place weeks after the announcement, receiving encouraging global feedback for the region. 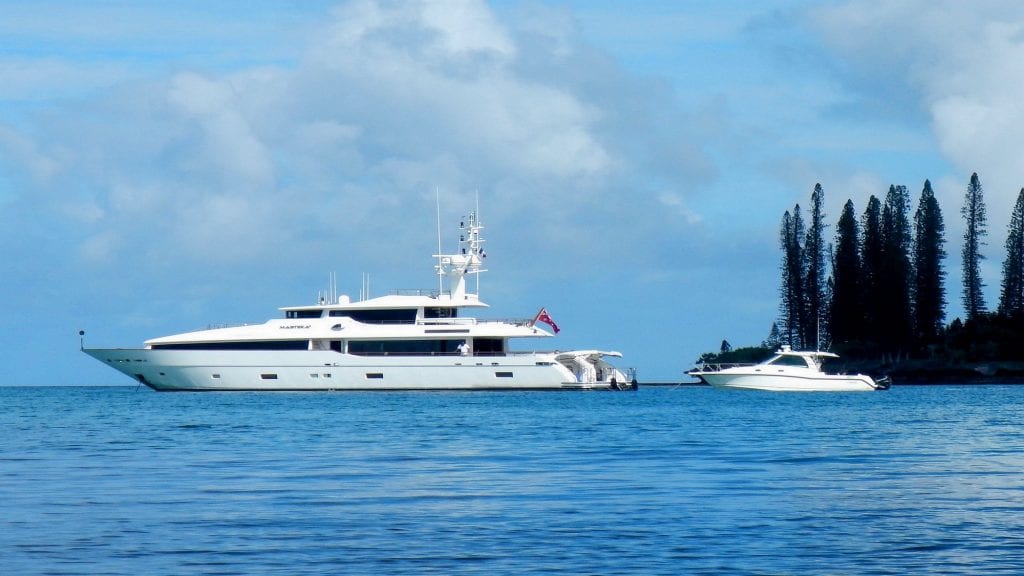 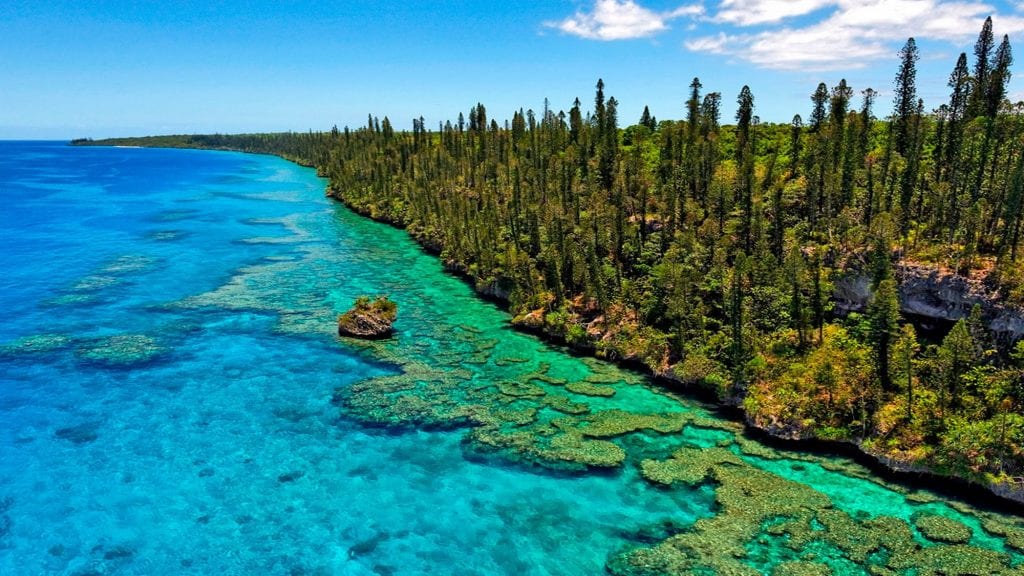 The Economic Impact of Yachting in Australia

In May 2017, Superyacht Australia tabled an Economic Impact Statement detailing the contribution of yachting to the Australian economy. Reputable economic modelling consultancy, AEC, found the industry currently contributed AUD$1.97 Billion to GDP and could grow to as much as AUD$3.4 in less than four years given the right regulatory environment. Most of that growth would come from charter.

Ocean Alliance is currently in a growth phase investing into new human resources, promotional activities and community engagement programmes to keep momentum in the Australian and South Pacific markets. Charter enquiries are on the increase as is the interest from Australians in yacht ownership.

Ocean Alliance has launched a new website which has a firm emphasis on user experience. It allows the client to research yachts, destinations and experiences through multimedia and intuitive navigation. The crew play an important role in the new website with personal videos. There are destination videos, sample menus and itineraries and some detailed yachting experiences for inspiration.

Aside from working on expanding the product offering, Ocean Alliance launched ‘Sea-Through – The Superyacht Beach Clean Project’. The initiative brings together yachts and their crew to take a hands-on approach to environmental management by selecting a well-loved yachting destination from which they clean debris. The first event was in Sydney in July and over 35 crew and industry professional operating a fleet of yacht tenders removed debris from three popular harbour beaches. The Ocean Alliance team are planning more such events in Sydney and other Australian yachting destinations.

Ocean Alliance is a Sydney-based full-service superyacht brokerage house. The company represents a large portion of the superyacht charter fleet operating in Australia and the South Pacific, and source international charter yachts and destinations for clients looking abroad. Their services also include yacht brokerage, charter marketing, commercial structures and yacht management. Whether you are an experienced yacht owner or charterer or making your first steps in yachting, the team can support your needs.