The award is recognition for Beluga‘s owner and her crew’s efforts to survey and protect the marine ecosystem as part of the Great Reef Census.

Beluga was entered by charter management company Ocean Alliance, and the submission highlighted the owner’s commitment to ocean conservation and pioneering the way forward for the superyacht industry, embodied by Ocean Alliance as Yachting for Purpos’.

Specifically, the owners donated the use of their yacht to Citizens of the Great Barrier Reef’s scientists who completed necessary surveys, testing of new equipment, and piloted research and development, which supported the inaugural Great Reef Census to become a pioneering and scalable approach to assessing reef health.

“We would like to congratulate Citizens of the Great Barrier Reef and the owners and crew of Beluga for their leadership in marine conservation and their positive contribution to the very region in which they charter,” stated Ocean Alliance’s Managing Director, Joachim Howard. 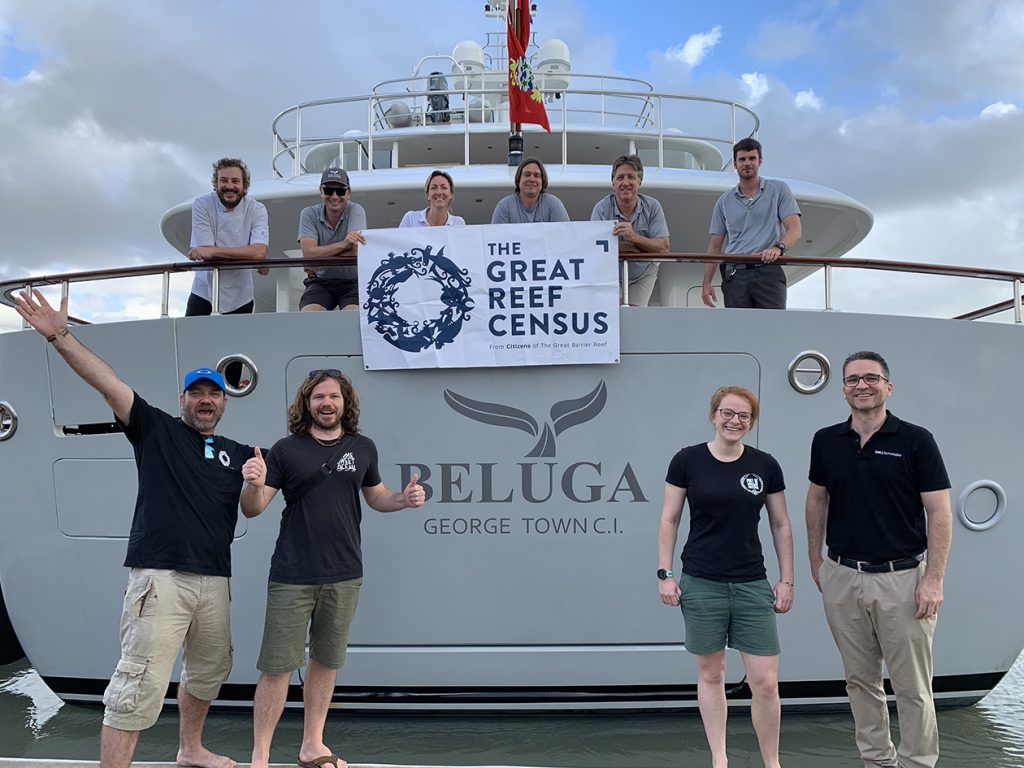 “This award represents a clear example of how owners and charter guests can participate in the monitoring and preservation of the marine environments they are experiencing,” continued Jo.

“Ocean Alliance partnered with Citizens of the Great Barrier Reef several years ago with a combined interest to connect the superyacht industry with citizen science initiatives such as the Great Reef Census.

“When, in 2020, a vessel was required to assist with testing new technology ahead of the first census, it was only natural for us to approach Beluga as the owners are actively involved in ocean conservation.”

In late 2020, on a leg post-charter from Cairns to Lizard Island in Queensland’s far north, Citizens of the Great Barrier Reef spent valuable time on board Beluga testing equipment and surveying priority reefs.  It was the first time equipment had been applied in the real-world. Beluga was the first superyacht to be involved in the census.

The ambition of the Great Reef Census is to capture reconnaissance data in the form of images from across the entire length of the Great Barrier Reef, up to 40 percent of which has never been surveyed previously. This data will help researchers and managers better understand how the reef is changing year-on-year under climate change. 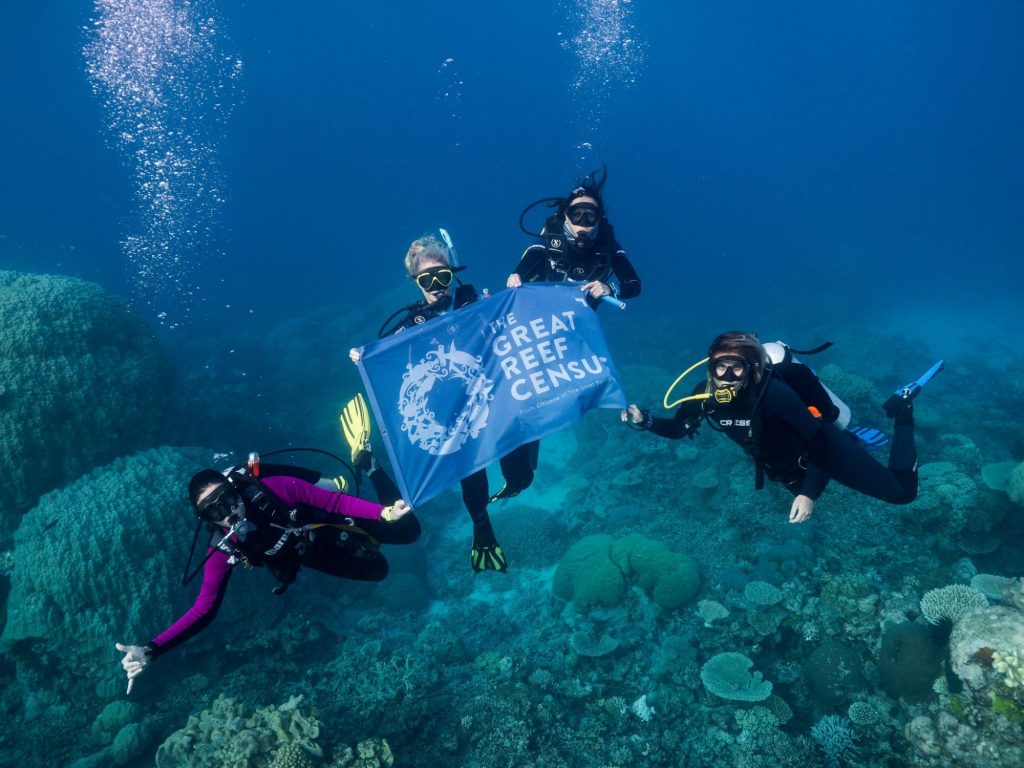 Led by Andy Ridley, CEO of the global movement Earth Hour and CEO of Citizens of the Great Barrier Reef, the team developed a model and technology that would allow any vessel to upload survey images of the reef to a central source from remote offshore locations.

Over 13,000 images were uploaded to the Great Reef Census website for researchers, regulators, governments, students and ordinary citizen scientists anywhere in the world to analyse, view and study.

“The Great Barrier Reef is close to 3,000 individual coral reefs stretching over 2,300 kilometres, an area larger than Germany,” said Andy.

“Utilising the assets already out on the reef every day to support critical research and critical monitoring will become even more important in the coming years.”

Andy continued “The support we received from Ocean Alliance and the owner and crew of Beluga was invaluable.”

“It gave us a chance to pilot important new technology, which was critical to the successful roll-out of the census. We hope the award will encourage more superyacht owners and charter guests to be part of this exciting project in 2021.” 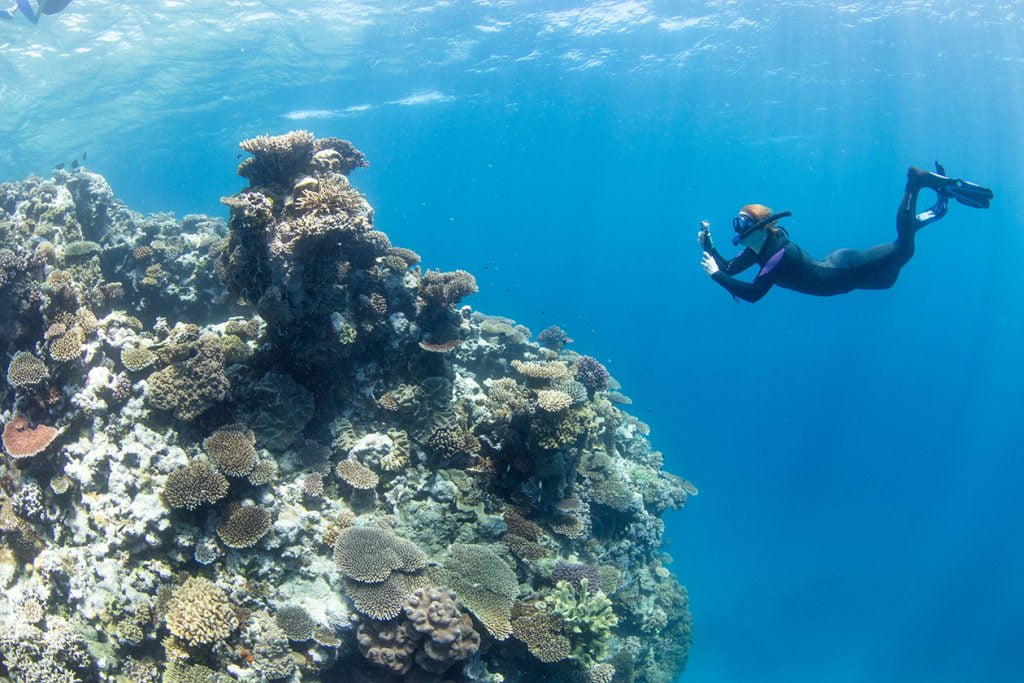 Beluga’s involvement in marine conservation extends beyond Australian waters to Papua New Guinea and the Solomon Islands to include supporting a turtle sanctuary in the Conflict Islands, Take 3 for the Sea and supporting the production of conservation documentary, BLUE.

These are not activities removed from their charter season yet integrated into the guests’ experience while on charter.

“Our charter guests are looking for yachting experiences with deeper meaning and Beluga is the leader in this field,” said Jo.

“Involvement in the Great Reef Census is easily incorporated into an itinerary and we would encourage charter guests, crew, and owners, to participate.”

“At Ocean Alliance, we support Yachting for Purpose and feel there is a huge opportunity for superyachts to be involved in these citizen-science initiatives.”

The inaugural Great Reef Census has closed, capturing over 13,000 images across 690 reef sites from the far north to the remote Swains.

Between October and December 2021, the census aims to reach and survey even more of the Great Barrier Reef and Ocean Alliance welcomes enquiries from superyachts, owners, charter guests and scientists who wish to be involved. 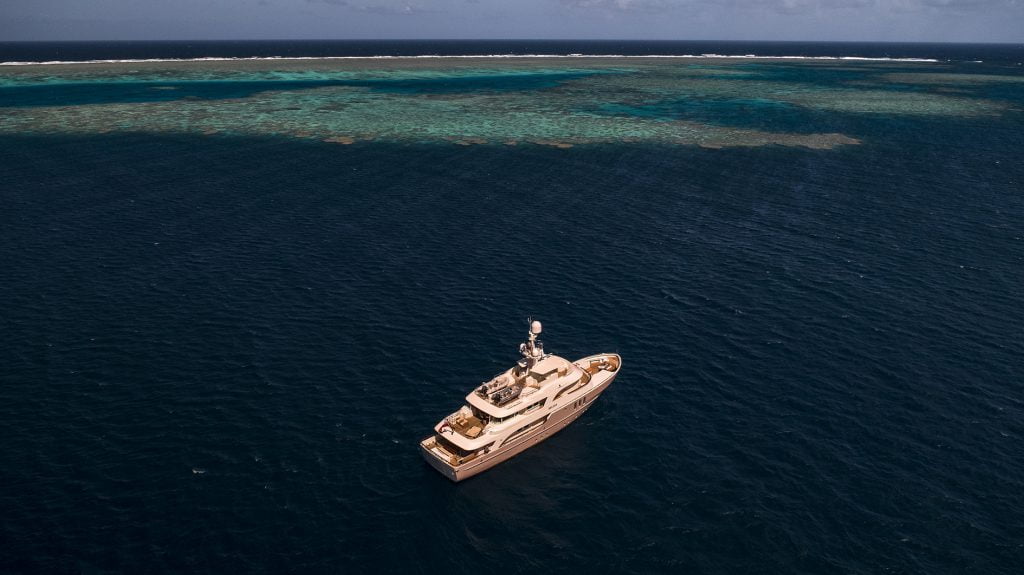 MEET YOU AT ZERO EMISSIONS

The Whitsundays is a world renowned destination, showcasing 74 islands and what has been nominated the most beautiful and whitest beach in the world: Whitehaven beach. This region also includes… Read More

“As you step on board DE LISLE III you remove your shoes and your feet come in contact with the teak, you lift your head and are greeted by Captain… Read More

We often see headlines about hybrid or hydrogen powered superyachts, but there are many other ways in which the superyacht industry can give back to the community and planet. Ocean… Read More