An ever-growing number of Australians are setting sail to experience the unrivalled luxury of a superyacht charter. Although the lure of nearby destinations is strong, this is a nation whose heart belongs in the Mediterranean, writes Chrissie McClatchie.

To walk the superyacht hotspots of Antibes, on the French Riviera, or Palma, in Spain’s Balearic Islands, is to realise that Australian accents are as prominent on superyachts as bare feet and vintage champagne. The Land Down Under is blessed with such an abundance of pleasure craft-friendly waterways that the Australian affinity with boating is innate. While it’s common for that Aussie twang to belong to a member of the yacht’s crew, it would be wrong to assume the familiar intonation is always coming from the hired help. “Australian charterers are very much part of our international seasoned clientele,” says Jacqui Lockhart, a retail charter broker at Camper & Nicholsons International. Joachim Howard, managing director at Sydney-based luxury yacht agency Ocean Alliance, agrees:

“Australians have always represented an important segment of the global brokerage and charter markets as the country continues to deliver strong wealth data.” That only looks set to increase.

As their wealth grows, Australians are chartering superyachts – vessels more than 24 metres in length – in ever greater numbers. Onboard connectivity is also fuelling this growth, according to Simon Ting, a charter broker at SuperYachtsMonaco. “With mobile communications where they are today, HNWIs [high-net-worth individuals] are free to leave the office and explore the world in the privacy and luxury that can only be achieved through a superyacht charter,” he explains.

Join the A-List The pinnacle of bespoke travel, yachting combines all of luxury travel’s hottest qualities – a personalised, intimate, one-of-a-kind experience – with serious A-List pedigree. A private yacht has been the holiday of choice for the global elite since Aristotle Onassis first hosted royalty and celebrity on his restored navy frigate Christina in the 1950s. For the Greek shipping magnate, Monaco was the place to see and be seen; in the decades since, little has changed, especially from an Australian perspective. The thirst for the Mediterranean, in particular, shows no sign of fading.

“We are seeing a lot more Australian clients chartering in the Mediterranean as it is a great time for them to escape winter, although most are restricted by school holidays,” Ting explains.

This short window, he says, means the majority prefer the tried-and-tested cruising areas of the Western Mediterranean.

Along with the classic ports of the French Riviera, such as Monaco and Saint Tropez, the islands of Corsica and Sardinia and Italy’s Amalfi Coast are perennial favourites. While France and Italy guarantee thrills for time-poor Aussies, the Eastern Med, especially Croatia, is “on their radar” too, according to Ting. Ever-improving infrastructure, along with attractions along the Dalmatian Coast and Porto Montenegro’s marina complex, has seen Croatia – and neighbouring Montenegro – become regarded as the region’s most superyacht-friendly destination.

Although Howard doesn’t believe the Mediterranean will ever fall out of fashion, he is witnessing an increase in Australian clients preferring to stay closer to home. “In recent years we have experienced steady growth in the Australian charter fleet, combined with the convenience of closer destinations and flexible charter periods,” he says. Along with Australia, the Solomon Islands, Papua New Guinea, New Caledonia, Tahiti and Fiji are the destinations surging in popularity, he says, thanks to favourable climates and an increased selection of yachts available.

This trend for off-the-beaten-track cruising destinations is echoed by brokers around the globe and ties in with another growth area: luxury expedition yachts, with increased volumes, robust hulls and worldcruising capabilities. Although a younger audience is seen to be driving this trend, Howard observes that “all generations are looking for alternative itineraries and inspiring destinations to represent their yachting lifestyle.”

“There are many Australian yacht owners now, and they are particularly keen on the explorer style,” Jacqui Lockhart says. Merijn de Waard, the founder and director of SuperYacht Times, backs this up with industry intelligence. “In the 40-metre-plus yacht market in 2017, 1.9 per cent of the fleet was owned by Australian clients. In 2018, this grew to 2.1 per cent and we expect this number to rise in 2019,”

he says, adding that the average length of an Australian-owned yacht is around 50 metres. “Some Australians even own more than one yacht; for example, a larger yacht that is cruising around the world and a smaller yacht close to home,” de Waard says. 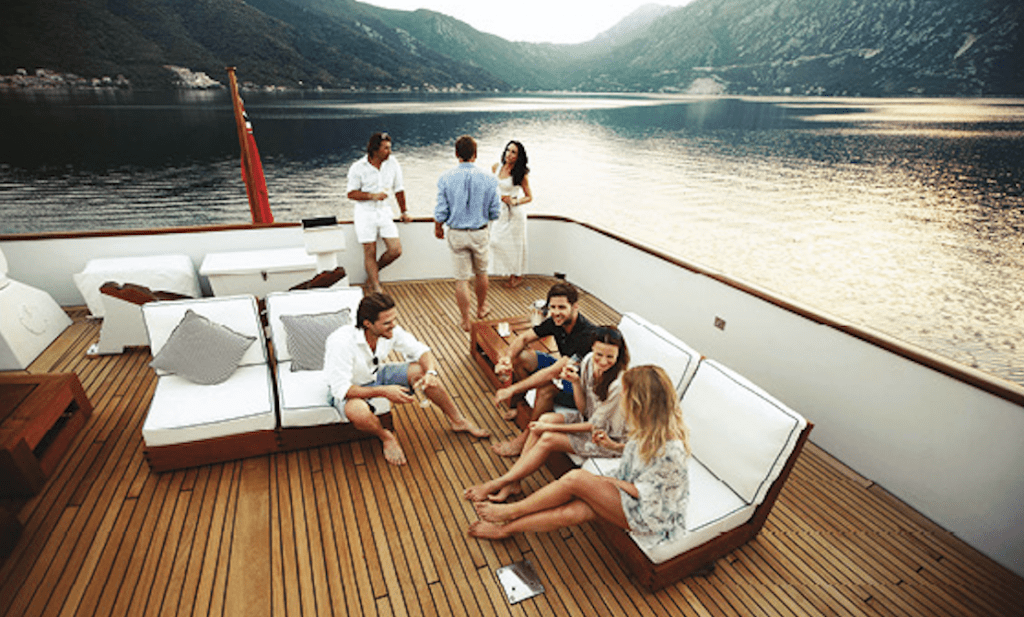