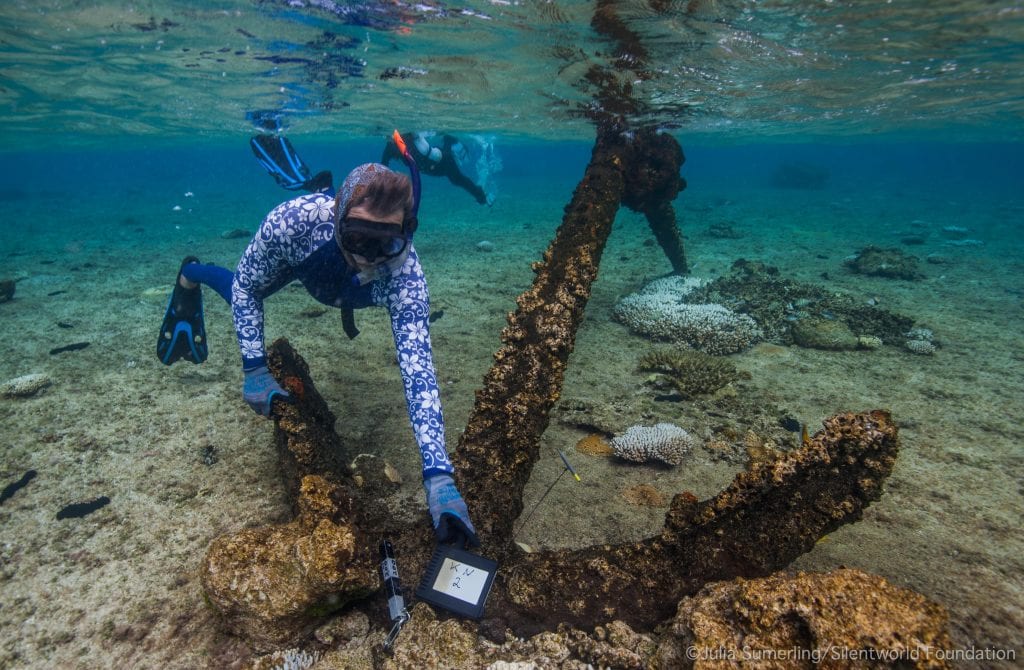 Ocean Alliance, as MYBA Central Agent, would like to congratulate the Owner, Captain Michael Gooding and crew of M/Y SILENTWORLD as the recipient of the inaugural Voyager Award at Australia’s annual Superyacht Awards.

The winning 10-day itinerary undertaken in January 2017 was one of discovery of Queensland’s Kenn Reef in which the yacht set out with the Owner, guests and representatives of the Australian Maritime Museum to seek ship wrecks previously undiscovered.  They were successful in finding four wrecks over seven sites on Kenn Reef which has laid unseen by humans since the 19th century.  The largest wreck they found was that of Dutch-built S/Y Delta wrecked in 1854.

“The Owner of SILENTWORLD wants to discover and preserve Australia’s maritime history and in doing so set up the Silentworld Foundation.  This journey was a part of the Foundation’s, Owner’s and crew’s effort to paint the nautical picture of indigenous and earlier colonised Australia.  We set out to find the Bona Vista and the Hope, the boat the crew of the Bona Vista built with wreckage to escape, but we didn’t find either.  However, we did find one wreck thought to be that of a known ship which was not wrecked at Kenn Reef so that adds another new mystery to be solved,” explained SILENTWORLD’s Captain, Michael Gooding who collected the Award on behalf of the Owner.

The judges felt the cruise included some destinations and experiences in Australia not usually presented.  Kenn Reef is situated 280 nautical miles north east of the Queensland town, Gladstone, and sits off the continental shelf beyond the confines of the Great Barrier Reef. 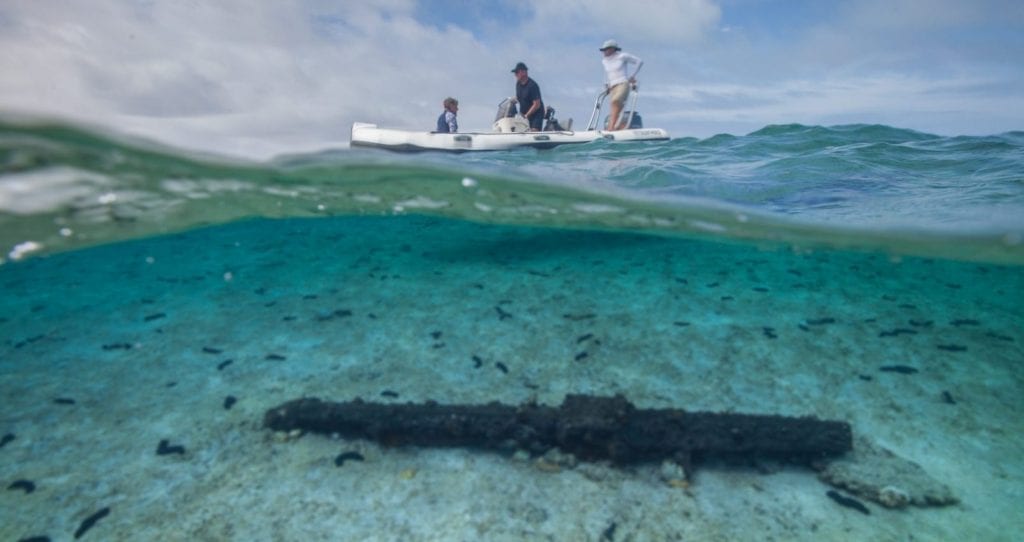 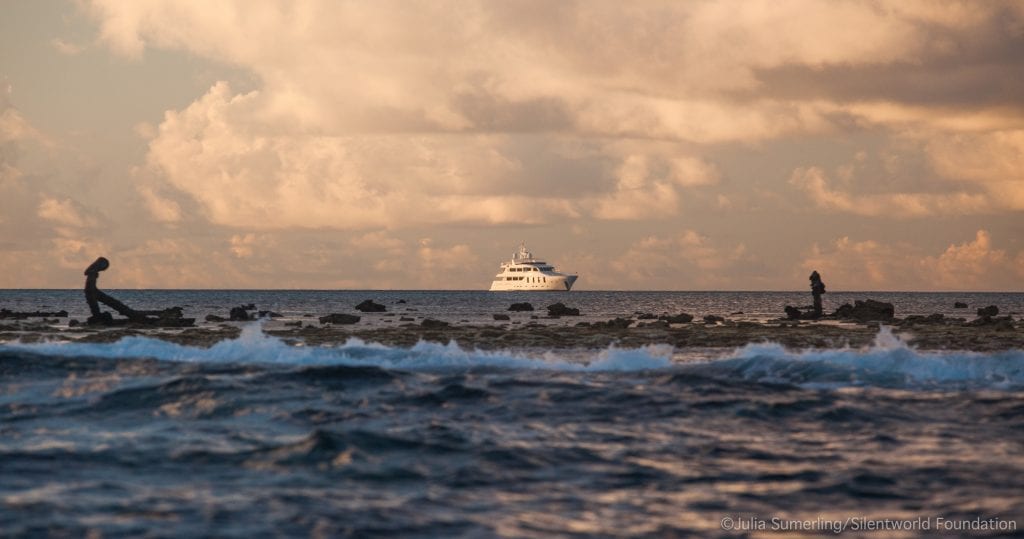 “Australia is an amazing superyacht destination not only for its natural beauty but also for the diversity of experiences which SILENTWORLD’s winning itinerary perfectly exemplifies,” offered Superyacht Australia’s Director, MaryAnne Edwards.

SILENTWORLD, a 40-metre Oassive, is one of the most prolific charter yachts available in Australia, which and Ocean Alliance has represented the yacht for more than two years.  She accommodates 12 guests for charters, in 6 cabins, from as far north as Papua New Guinea to Tasmania in the south plus the whole South Pacific.  Her conservation and research enthusiastic Owner named her after Jacques-Yves Cousteau’s 1956 movie, The Silent World, setting the tone and direction for this superyacht.

“We cannot think of a more deserving yacht to receive this newly created award.  SILENTWORLD offers the levels of service expected and delivered in Europe.  Yet the Owner, Captain and crew curiosity and genuine love of Australia’s marine environment, nautical pedigree and maritime provenance offer guests coming to Australia something truly different whilst simultaneously giving back through the Foundation,” explained Ocean Alliance’s Managing Director Mr Joachim Howard.

SILENTWORLD is currently lying in Tahiti and will return to Australia’s east coast in November in preparation for the festive season.

Ocean Alliance is a Sydney-based full-service superyacht brokerage house. The company represents a large portion of the superyacht charter fleet operating in Australia and the South Pacific, and source international charter yachts and destinations for clients looking abroad. Their services also include yacht brokerage, charter marketing, commercial structures and yacht management. Whether you are an experienced yacht owner or charterer or making your first steps in yachting, the team can support your needs.