New research commissioned by the Australian International Marine Export Group (AIMEX) and supported by the Queensland government has revealed that the superyacht sector contributed nearly $2 billion to the gross domestic product (GDP) of the local economy in 2016.

Findings from the research report, prepared by AEC Group, will be presented at next month’s ASMEX 2017 conference. Marine Business spoke with Ashley Page (pictured) from AEC Group about how the research was carried out.

Q: What is the background to this piece of research? How did you come to be involved?

A: Superyachts have been an obvious and visible part of the Australian tourism sector for many years. However, unlike traditional sectors like retail or manufacturing, there are no ‘standard’ statistics captured by the Australian Bureau of Statistics for the superyacht sector. AEC has worked in industry development and the marine sector for many years and has a lot of experience in quantifying the significance of sectors that are combinations of other ‘official’ sectors.

Q: Prior to this study, how much was known about the size and scope of the local industry?

A: There is a lot of anecdotal information about the superyacht sector, and some global statistics, however very little evidence-based information is available to the sector in Australia, or for its key geographies of operation, NSW and Queensland.

Q: How was the study carried out? What sort of data was collected and how long did it take?

A: This study presented the opportunity to capture primary data from industry participants right throughout the supply chain, and, for the first time, establish an accurate and reliable picture of the sector and its growth potential. We collected data around the three core components of the superyacht sector – design and construction of new vessels, operations and maintenance of vessels for private leisure, and charter operations (covering domestic and overseas vessels) – as well as the economic impact of tourism expenditure from visitors undertaking other activities in Australia either side of their cruise. We also captured the quantum of expenditure brought into Australia from overseas crew when they are not actively working. It was quite a challenging data capture process and took approximately six months to complete. 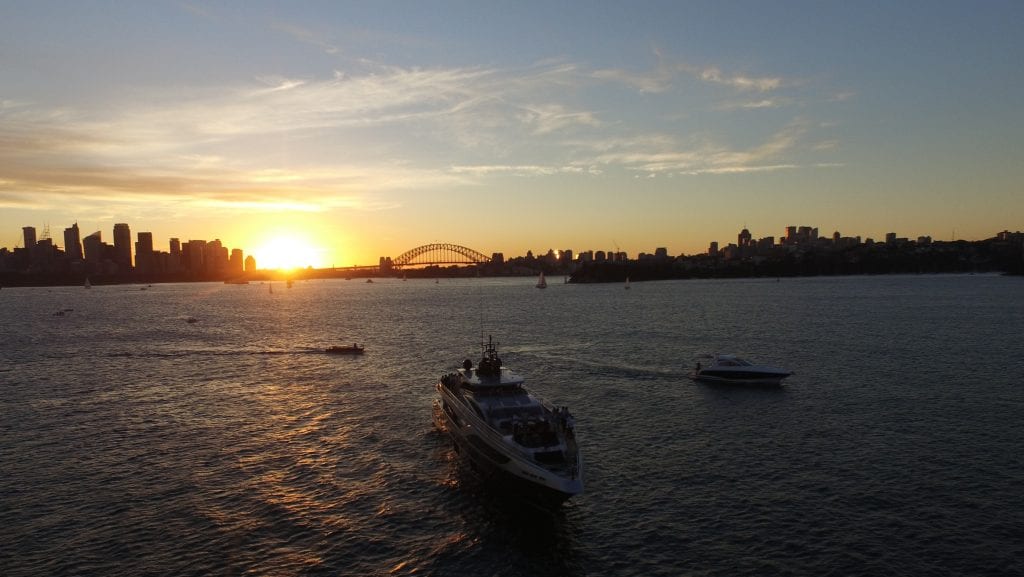 The first economic impact study on Australia’s superyacht industry has revealed a high value niche sector, which contributed a total of $1.97 billion to gross domestic product (GDP) in the 2016 financial year.

But the AEC Group economic impact study also found the industry is held back by restrictive policy – if relaxed, the industry could contribute an additional estimated $1.12 billion to GDP by 2021, for a total contribution of $3.34 billion.

The study was commissioned by AIMEX and supported by the Queensland government to gain a clear understanding of the superyacht industry’s current and potential economic contribution.

“This study shows the significant economic potential of Australia’s superyacht industry. If the government fixes our legislation, so foreign superyachts have freedom to charter here, like they do in New Zealand, our local superyacht industry would grow substantially – we could see an extra 8,100 local jobs making a total of 24,400 jobs by 2021,” said MaryAnne Edwards, Chief Executive of peak body for Australia’s marine export and superyacht industries AIMEX.  “We are seeking standalone legislation to relax regulations in the superyacht sector.”

Currently, very few international superyachts come to Australia because the current legislation makes charting in our waters unviable –  a superyacht must be fully imported and 10% GST on its value paid.

“After the devastation of Cyclone Debbie, a change is legislation is more important than ever to allow superyachts to cruise in Whitsunday region, to help local businesses and families get back on their feet.” said Ms Edwards.

The study revealed for the first time a fuller picture of the economic benefits superyachts provide to the Australian economy, including:

Forecasts gross state product from superyacht industry in 2021, with and without policy change.