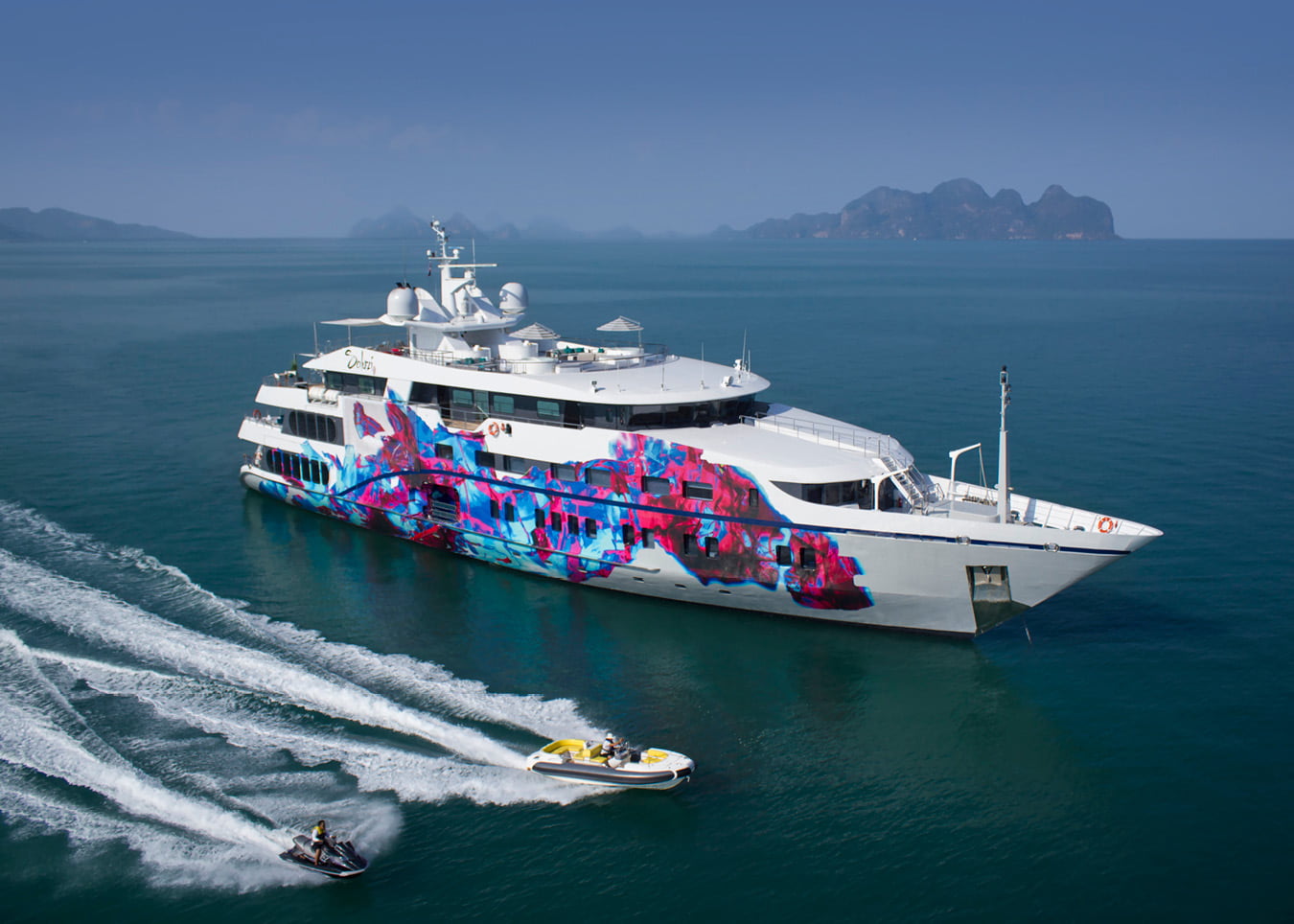 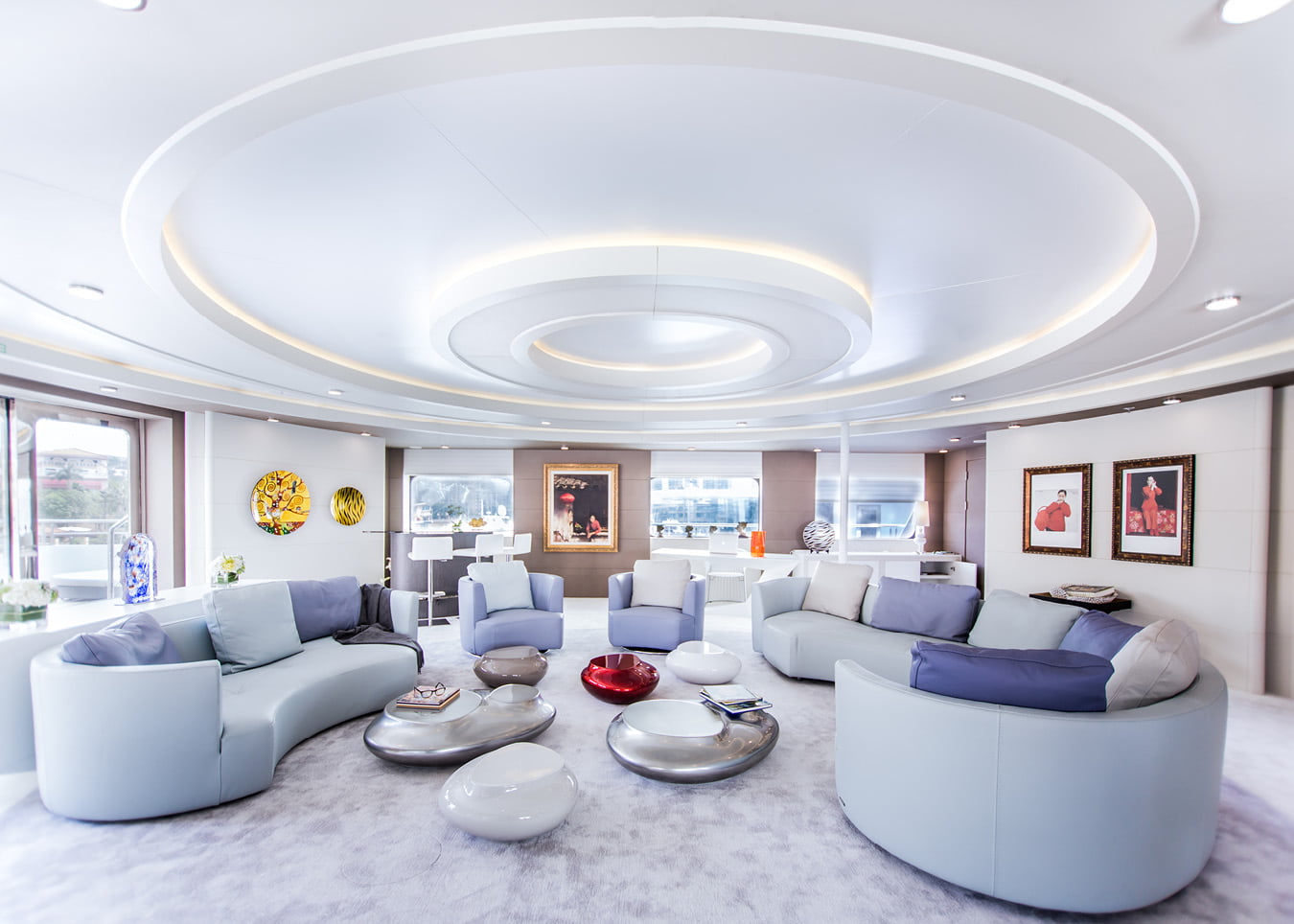 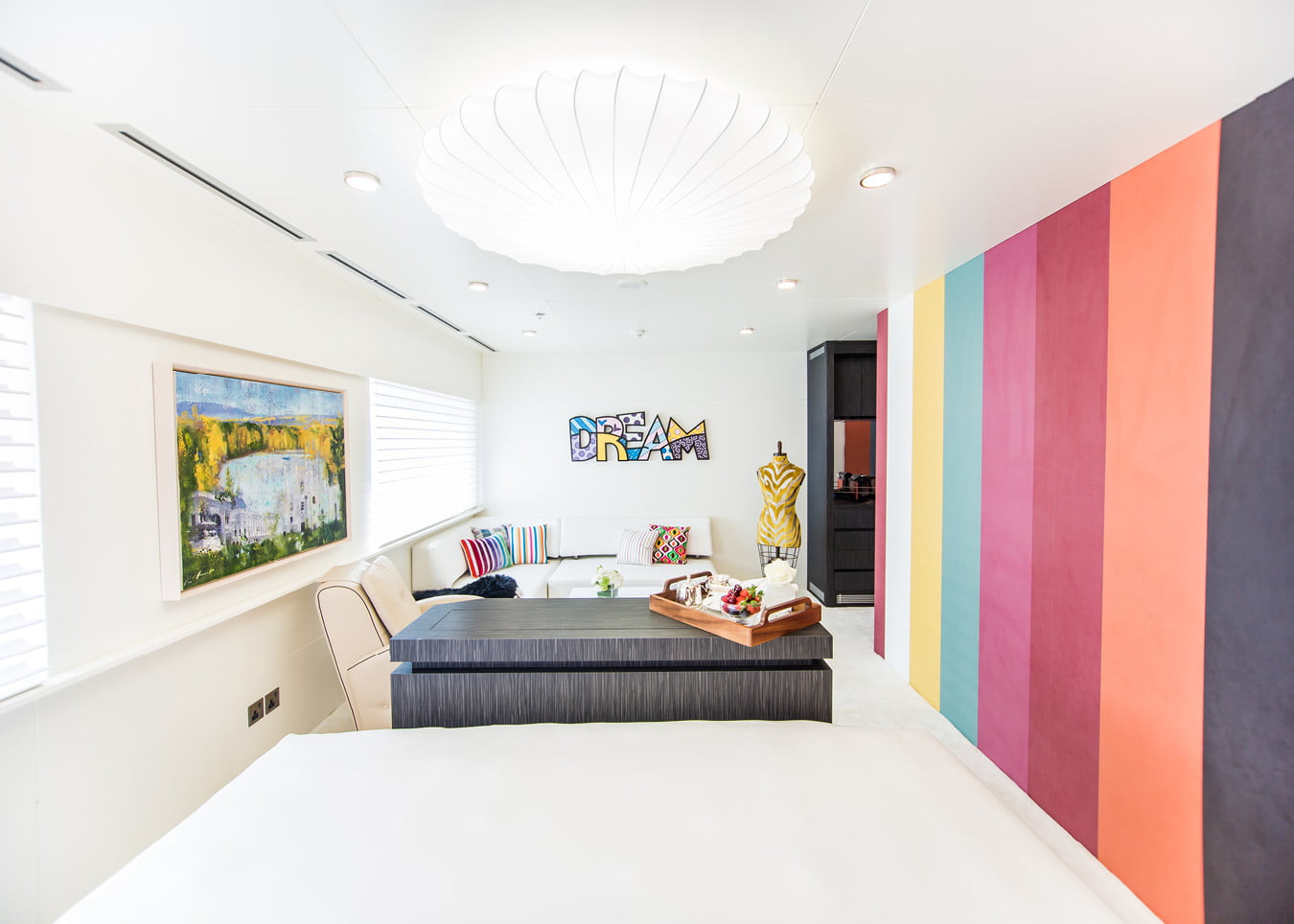 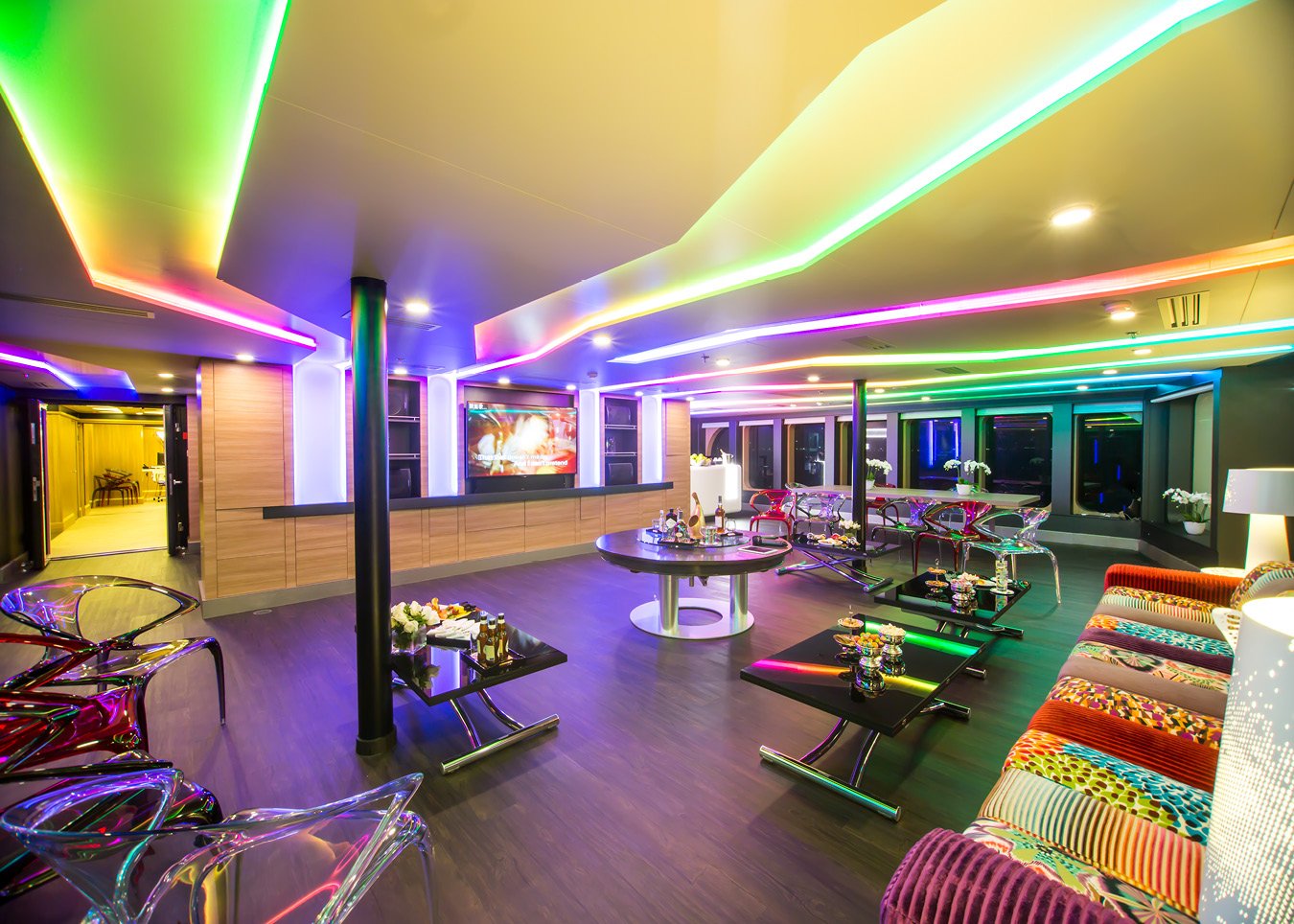 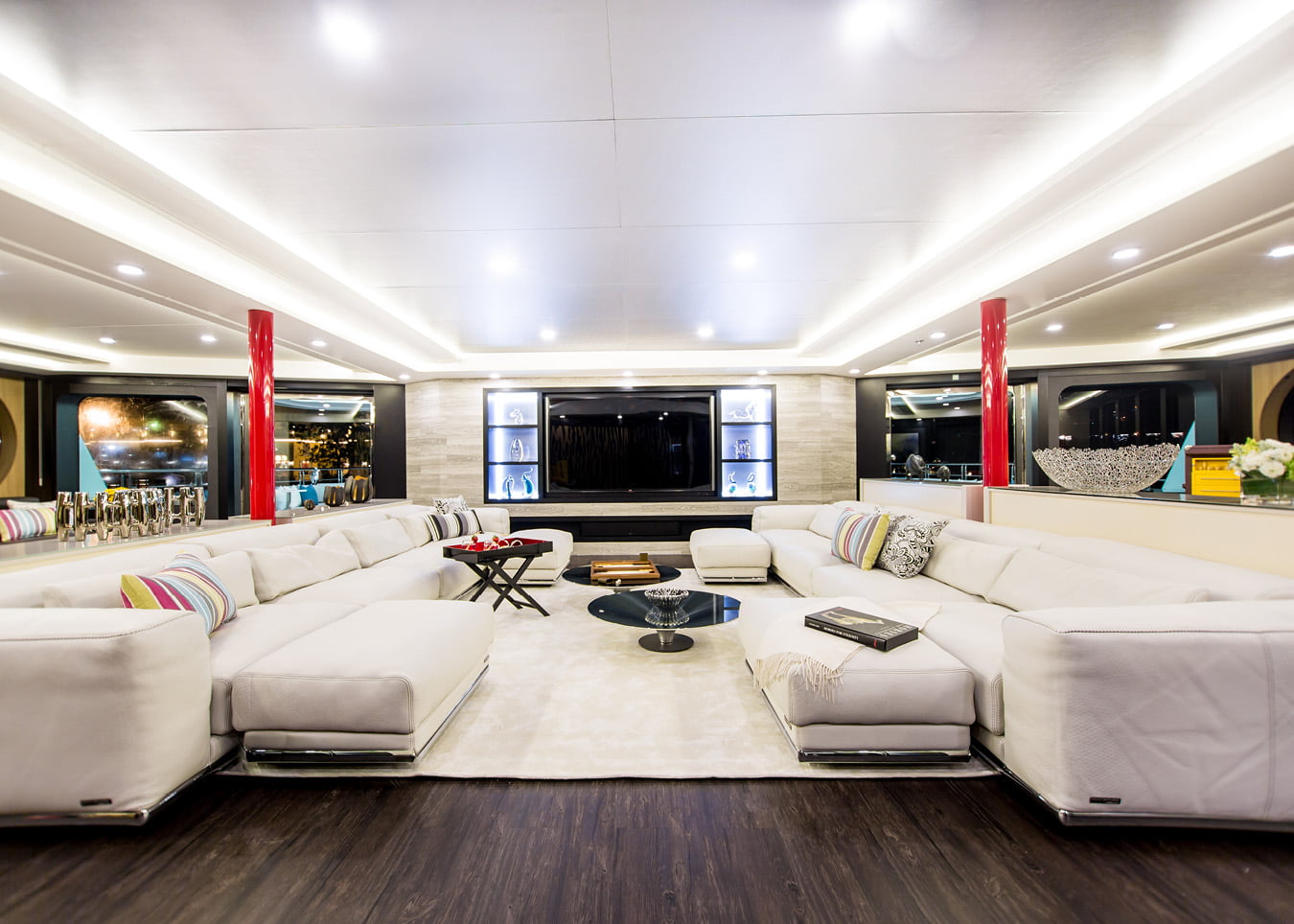 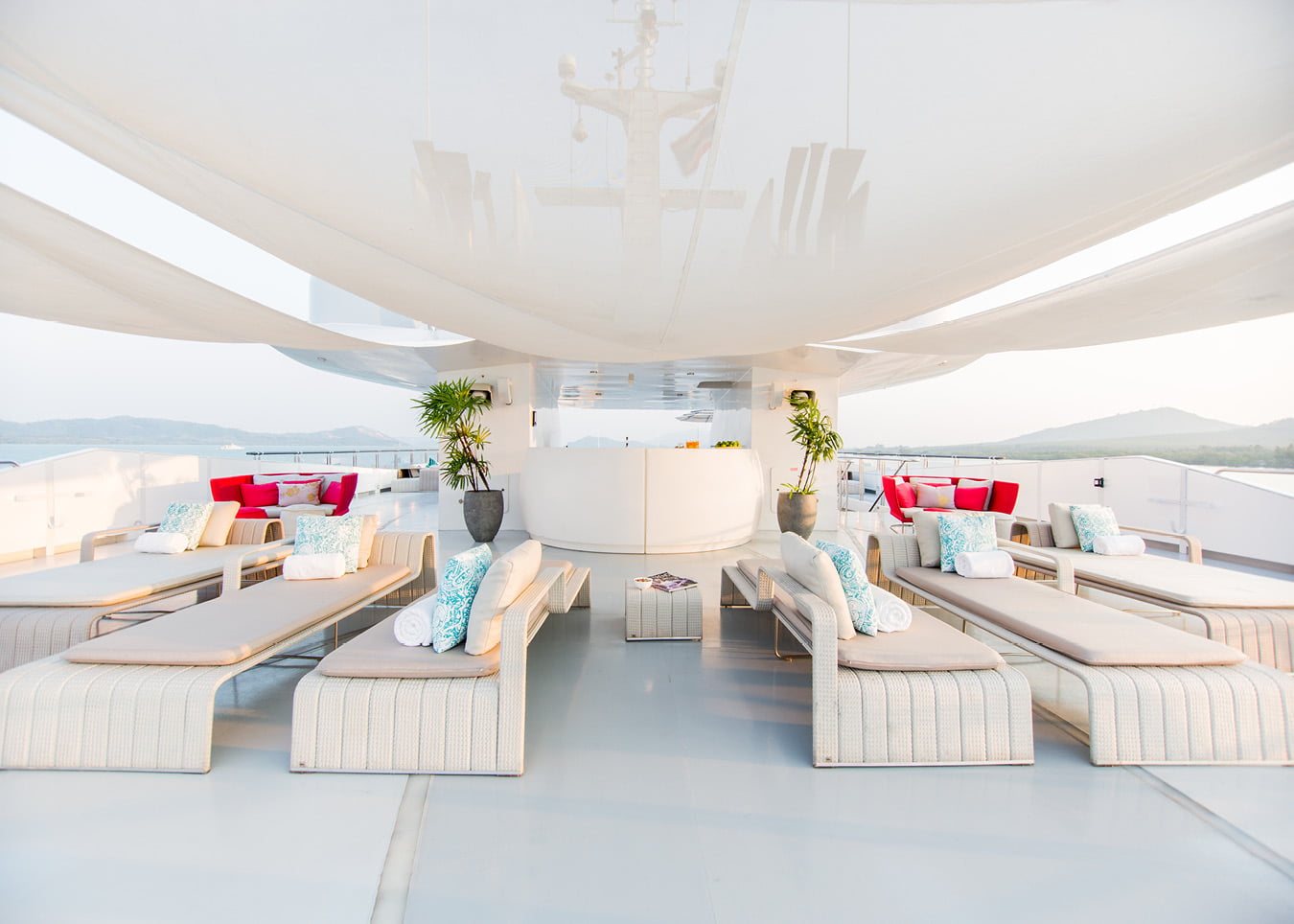 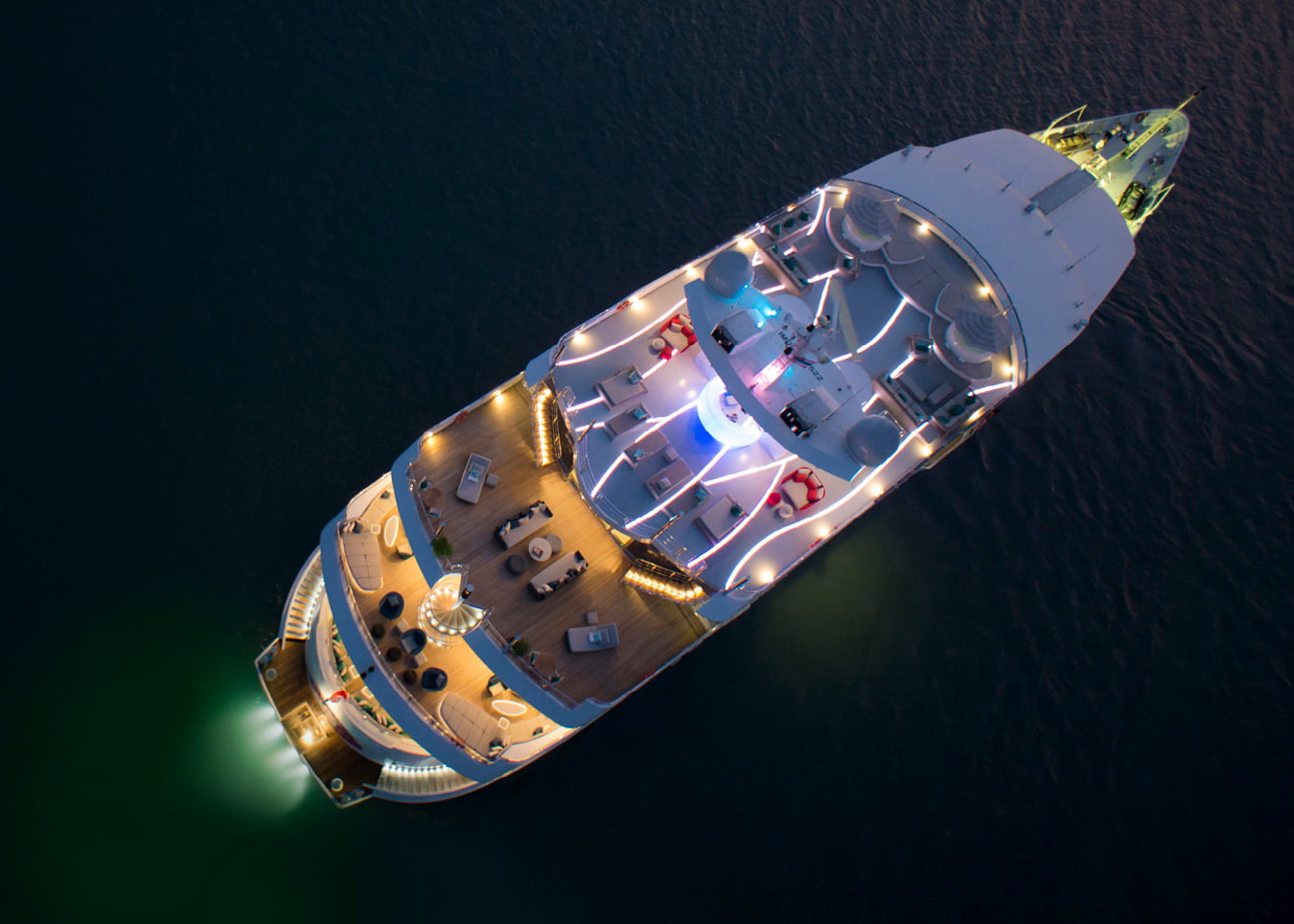 A truly distinguishable yacht, SALUZI is recognizable by her hull artwork by the artist Li Jiwei. “Saluzi” was the war horse of Li Shimin, Emperor Taizong of Tang when he was fighting with Wang Shicong in Mangshan Mountain, Luoyang. Li Shimin was separated from his soldiers amidst fierce fighting, and suddenly Saluzi was shot by an arrow. Despite his wound, Saluzi brought the emperor to safety and hence became a legend in China. 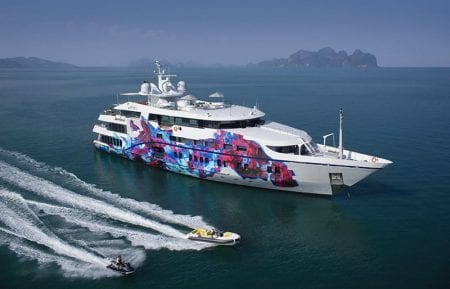