Thank you for requesting more information on our superyacht experiences.
We have sent you the brochure by email. 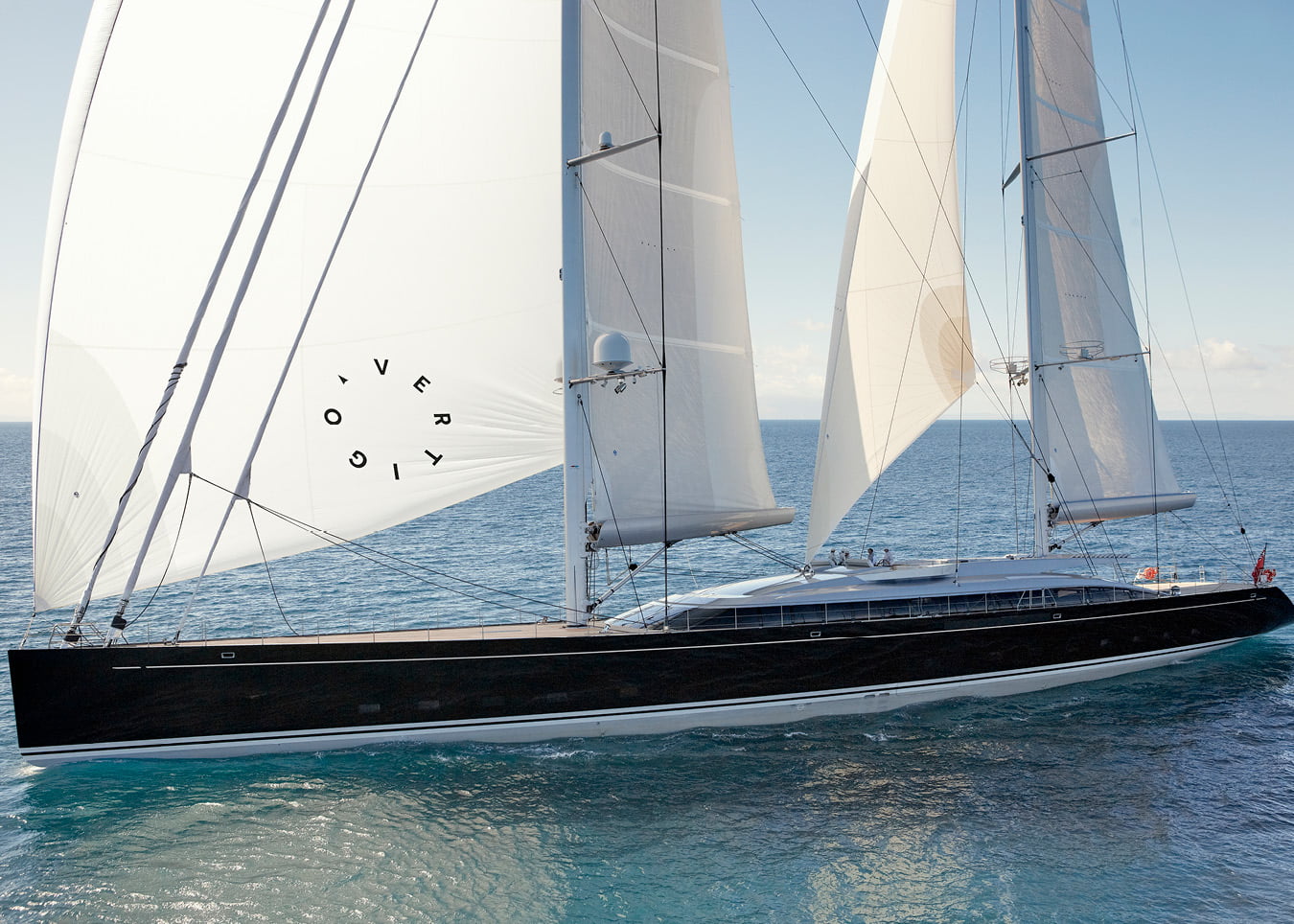 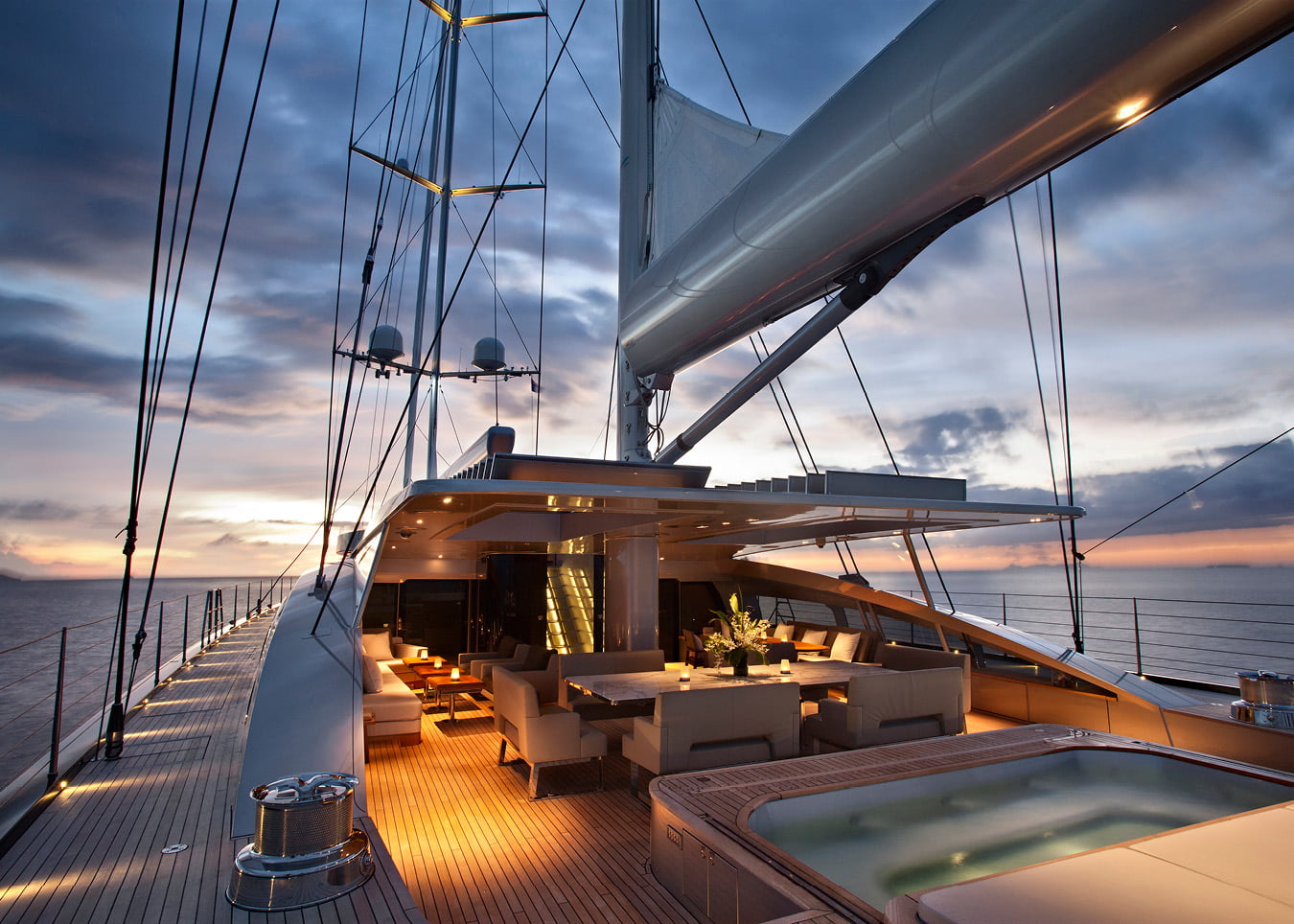 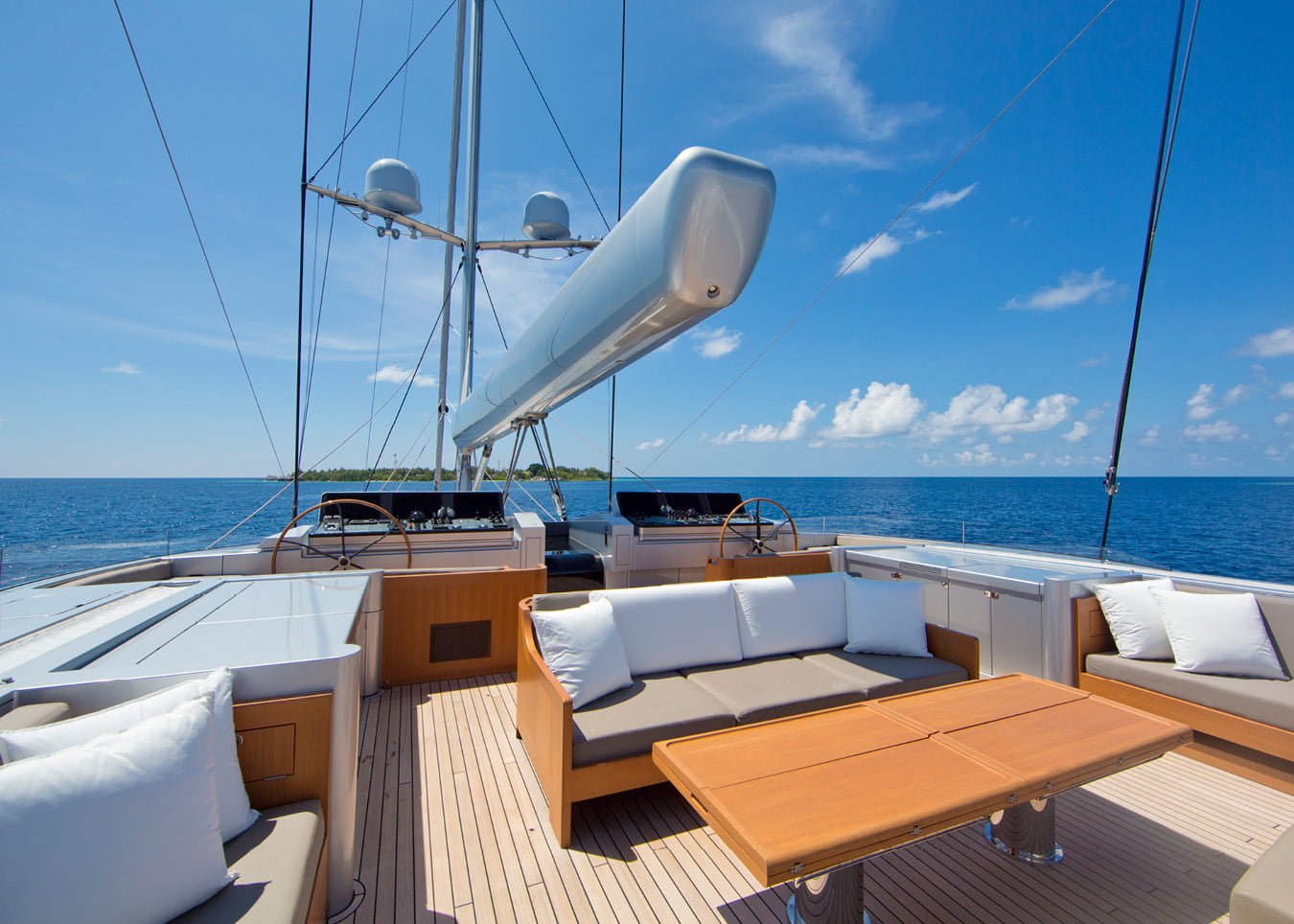 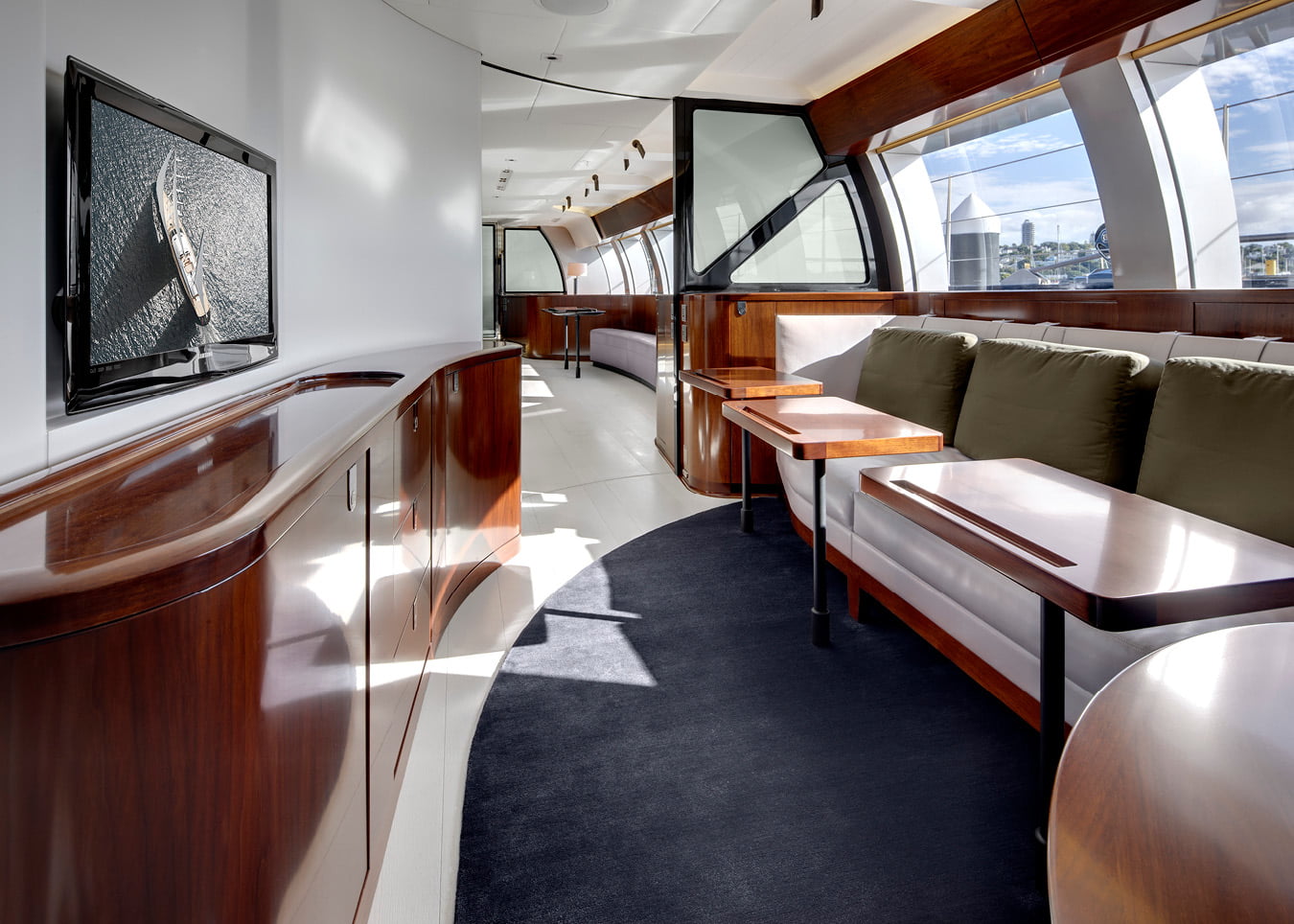 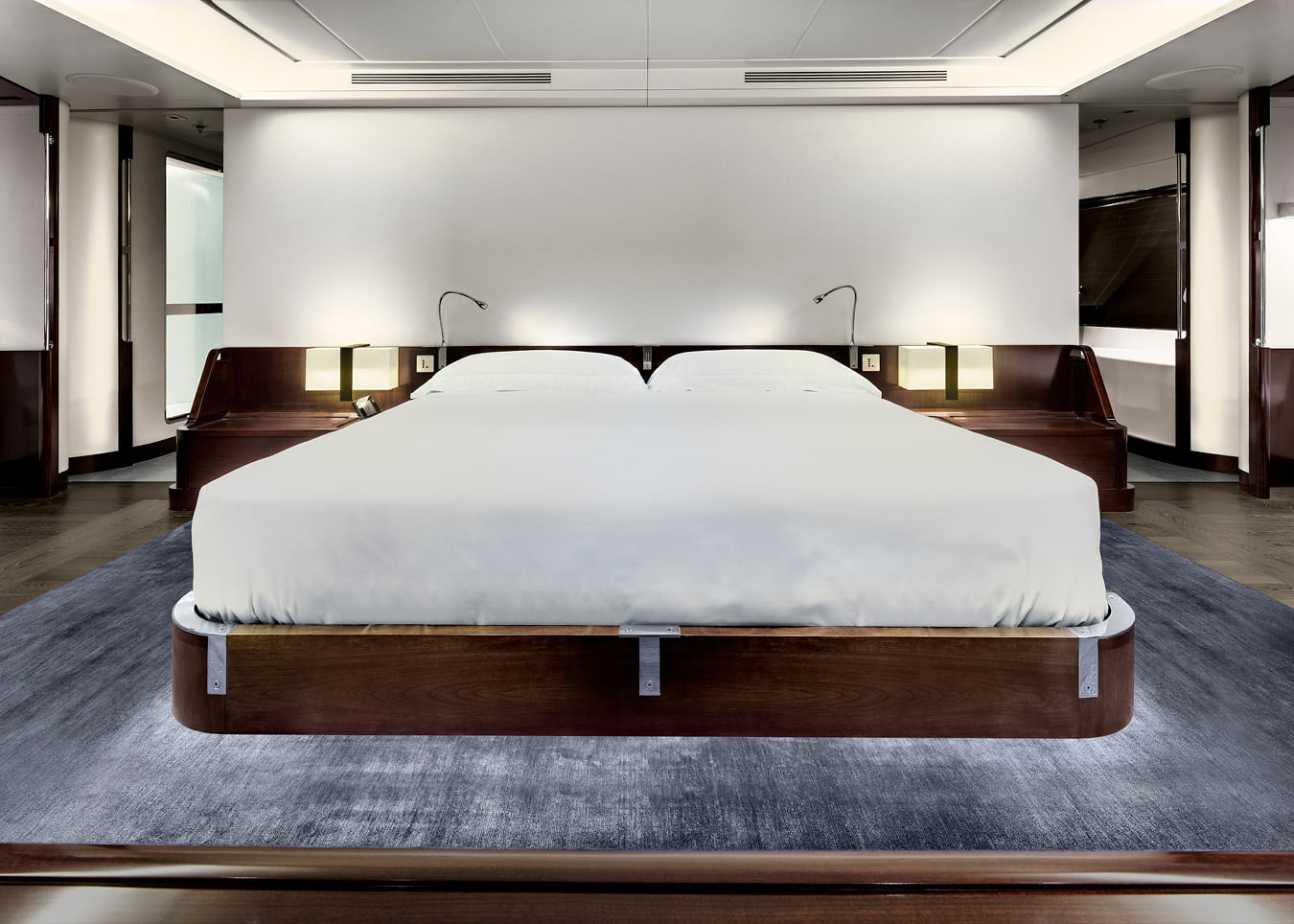 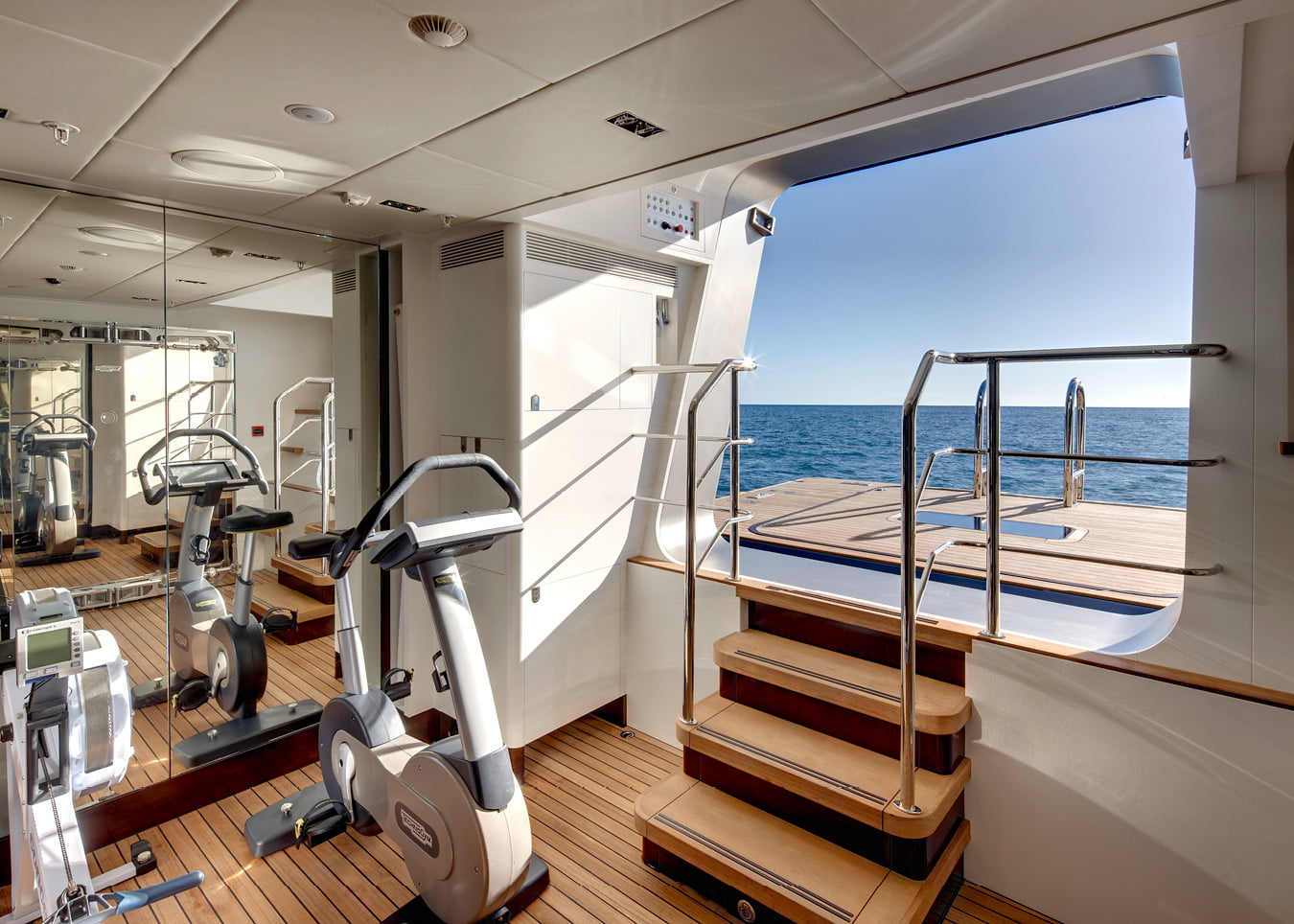 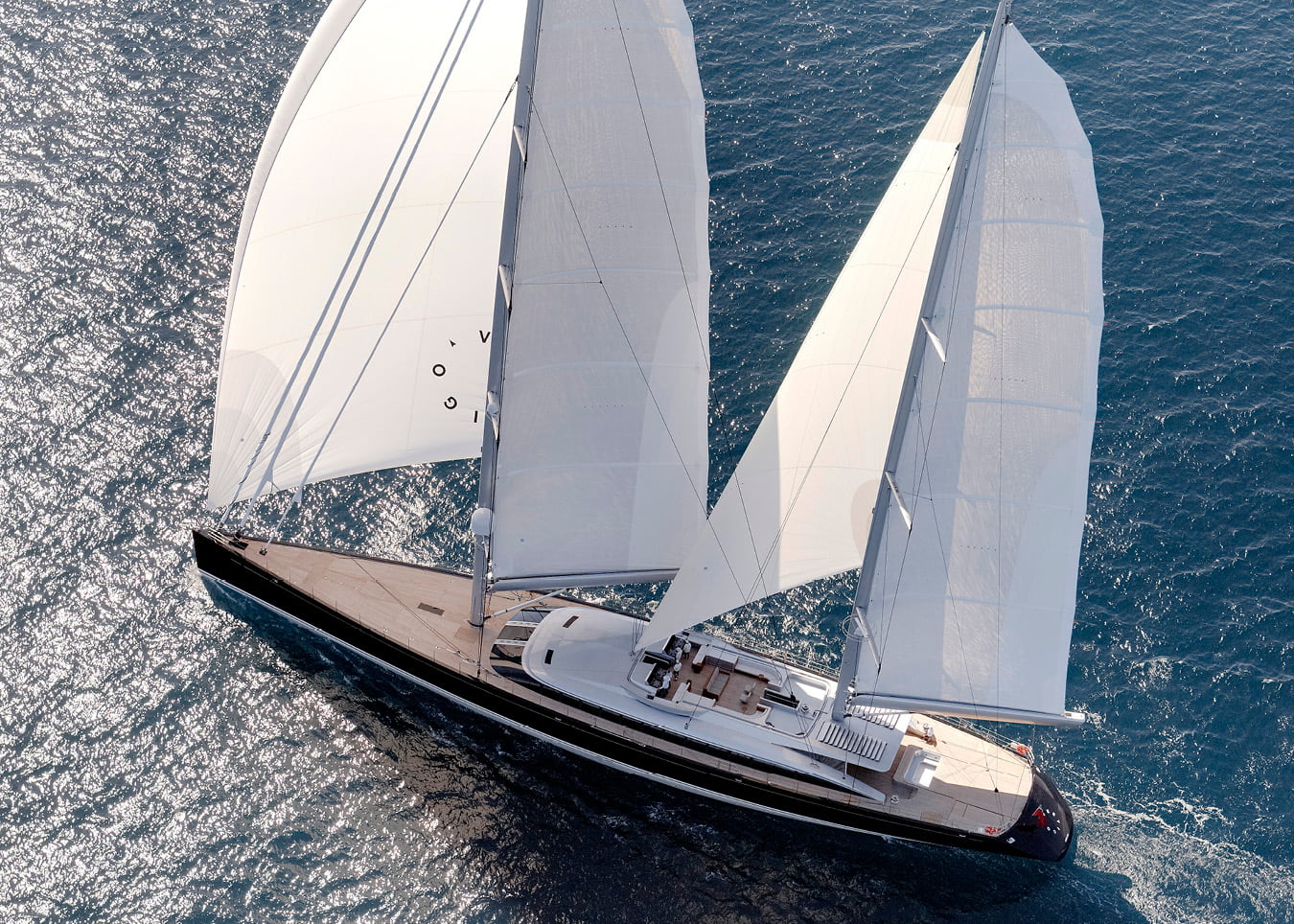 Vertigo is the first sailing yacht of her size to have an almost vertical bow. She was designed to be large but sensitive to sail, explaining her modern hull lines. Her almost vertical bow allows greater waterline length, thus making for a considerable improvement in speed both under sail and engine power.

With an air clearance restricted to 68m (for access to the Suez Canal) and a draft restriction of 5m, the designer of the AY41 Vertigo Sailing Yacht was particularly concerned with enhancing the efficiency of the sail plan and keel.

Superyacht Vertigo is expected reaches a speed of about 20 knots under sail with a true wind speed of 20 knots. She is said to outperform the already existing mega sailing yachts also with light winds of less than 10 knots.

With a use of engine power, she can reach a maximum speed of 17 knots and maintain a cruising speed of 12 knots with an estimated range of over 4000 nautical miles.

Particular attention has been given to the exterior relaxing areas, cockpit and flying bridge, affording the possibility to be outside and sheltered as you wish. The aft cockpit is especially well protected by a large hard-top that incorporates a louvre system and by lateral sliding windows. The flybridge is open on demand, it can be protected by a removable bimini top and a large dodger.

The sun pads at the rear of the cockpit conceal a swimming pool.

Inside Vertigo she is extremely comfortable; light floods in all around, as the designer intended especially in the saloon on the main deck. The sides of the superstructure are transparent, bringing the outside into the saloon. The perfect integration of deck saloon and cockpit create a seamless living area 30 m long.

Tax Status: Charter taxes, where applicable, will be due according to the rules and regulations of the chosen cruising destination
Contracts: MYBA – All agreements to be drawn up using the current MYBA E-contract Charter Agreement – Revised 2017 version